April 2021 (Miami, FL) – Two-time GRAMMY-nominated artist, DJ, producer and entrepreneur, Steve Aoki, teams up with one of the Latin genre’s biggest and most versatile artists, Farruko, to release their latest track “Aire”. The song is available to stream on all digital platforms today. 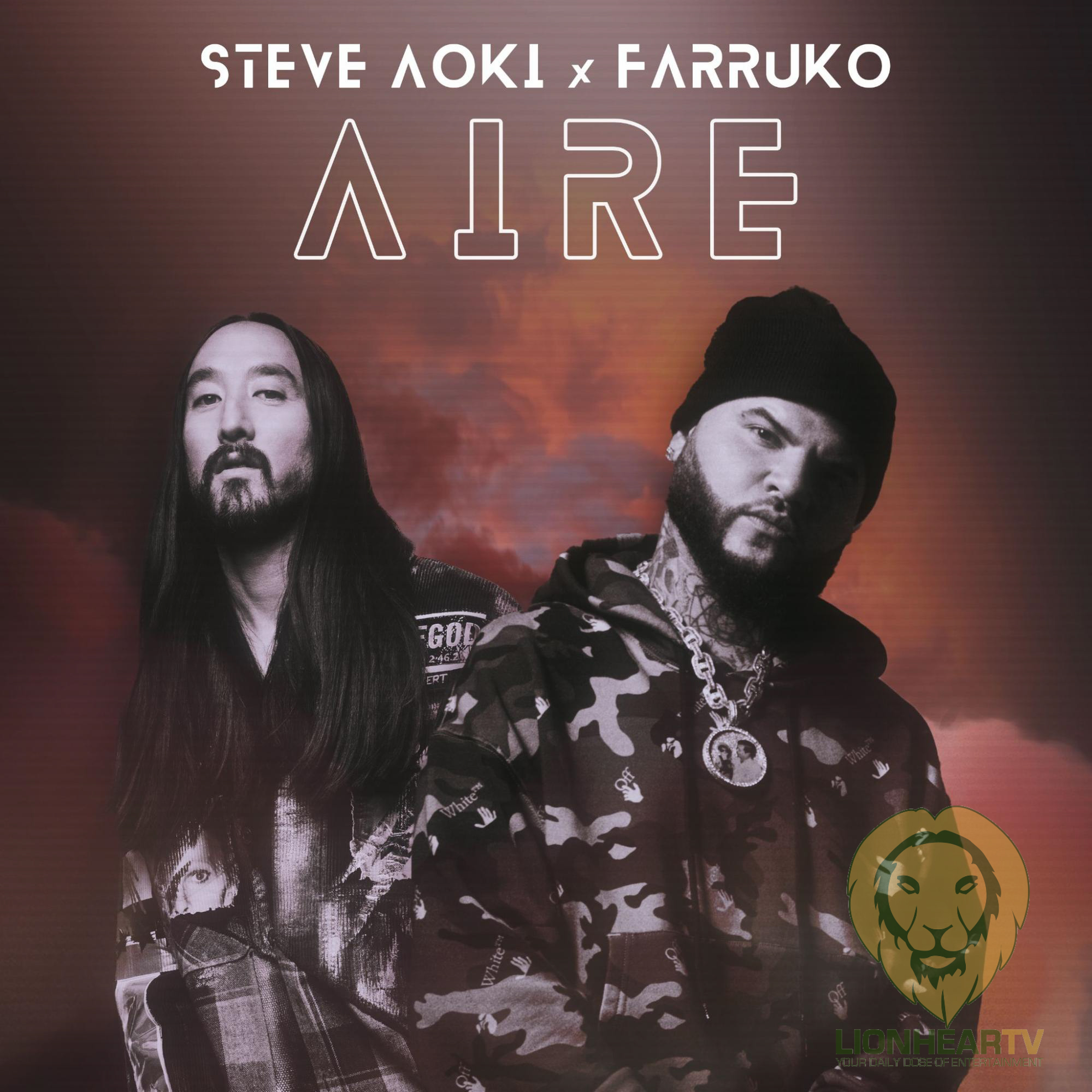 With “Aire,” Aoki once again demonstrates his innate ability to merge his musical influences and produce music that has led him to become known as a highly lauded and recognized DJ and artist across the globe. True to his maverick boundary-pushing style, he layers several different styles of music to create a song that flawlessly captures the essence of what a true summer anthem should sound like. For this new single he recruited Puerto Rican global superstar Farruko who with his unique flow and cadence impeccably ensnares the tonality Aoki was looking to bring to the song. “Aire” is a song that depicts the perfect night out with the person of your dreams and alludes to what possibilities lay ahead.

“Working with a legend like Steve on this song is special for me. I always admire when artists from other genres come in and see the vision and importance of embracing the culture. With Aire we really captured the best of both worlds perfectly. Looking forward to the fans enjoying it this summer”, comments Farruko on collaboration.

“I’m excited to finally be dropping something with my boy Farruko, who is one of the most versatile Latin Urban artists out there. We had been working on putting something together for a bit and everything has come together for a feel good, summer vibes track like “Aire”, which this world needs right now!”, expressed Aoki.

In addition to his work on “MAMBO,” in 2018 Aoki released his hit global anthem Azukita. For the song, he united some of the Latin genre’s most legendary performers Daddy Yankee and Elvis Crespo as well as producing duo Play-N-Skillz. The video went on to accrue over 51 million views and 200+ million global streams. In 2020, Aoki teamed up with Colombian superstar Maluma for the release of their hit song “Maldad,” which went on to garner over 17.2 million views and 100+ million global streams. Currently, he is in the studio working on future projects that will further cement his claim as one of the music industry’s most sought-after global artist, producer and collaborator.