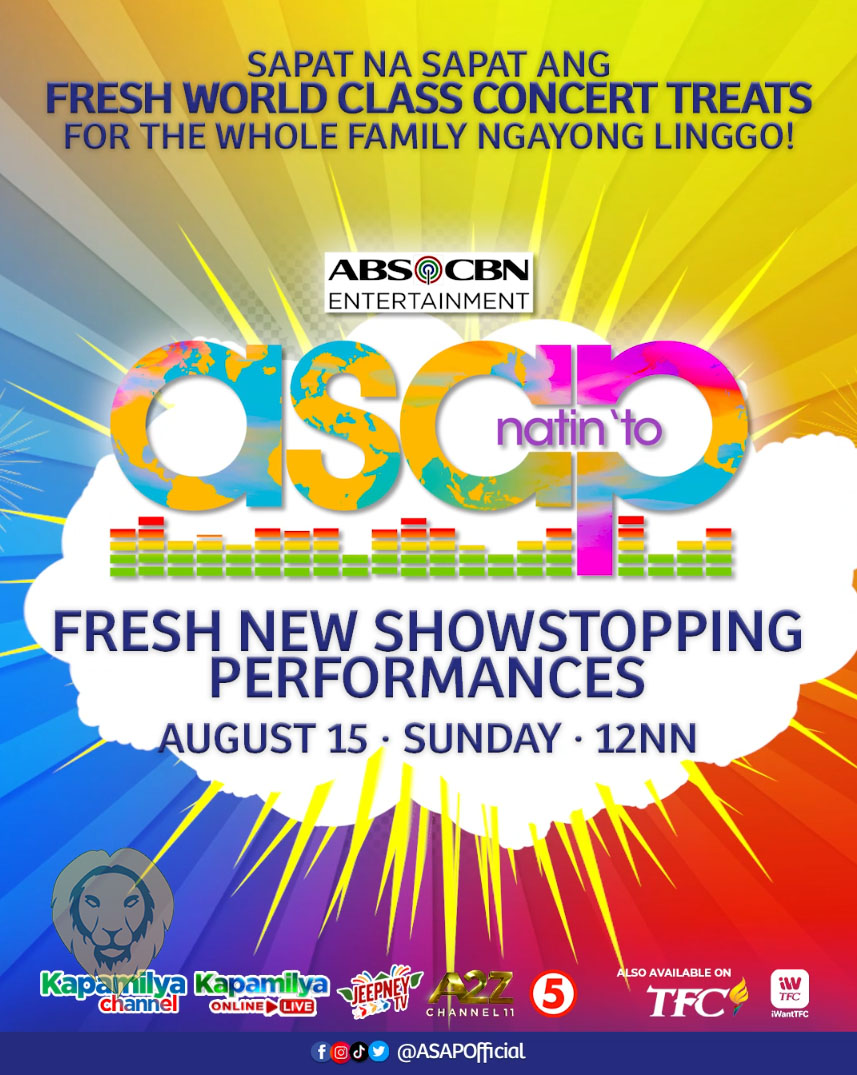 Sing-along to all-star collabs, including the tandem of sought-after OPM band Ben&Ben and Moira de la Torre as they perform their new song “Pasalubong;” the soulful jamming from KZ and the new breed of singers Anji Salvacion, KD Estrada, Diego Gutierrez, Sam Cruz, and Angela Ken; an upbeat number from Iñigo Pascual and Kyle Echarri; and another single launch from Asia’s Songbird Regine Velasquez together with Davey Langit.

Jive to the beat in the latest edition of “ASAP Discoveries” alongside your favorite Kapamilya loveteams of Donny Pangilinan and Belle Mariano, Ronnie Alonte and Loisa Andalio, and Seth Fedelin and Andrea Brillantes, together with the trending overseas dancing nurses Nelia Paris and Amy Miranda.

Plus, catch the debut ASAP performance of the new Kapamilya star Sunshine Dizon, together with Erik Santos, Jed Madela, Nyoy Volante, and Ogie Alcasid. The musical spectacle goes on with a whistle showdown from OPM divas Klarisse de Guzman, Elaine Duran, and Nina.

Don’t miss another star-studded party featuring world-class performances from the country’s longest-running musical variety show, “ASAP Natin ‘To,” this Sunday, 12 NN on local TV via Kapamilya Channel, Jeepney TV, A2Z, and TV5, online through Kapamilya Online Live and iWantTFC, and worldwide via TFC. Viewers who use any digital TV box at home, such as the TVplus box, only need to rescan their device to watch “ASAP Natin ‘To” on TV5 and A2Z.