After its free TV shut down last year, ABS-CBN swung the exit doors open for its homegrown stars, allowing some of its most prized possessions to [freely] jump ships and become other stations’ talents.

With celebrities leaving the networks, however, the work of creative minds behind their shows is put a stake.

It now becomes a logical choice to leave the Network for them. 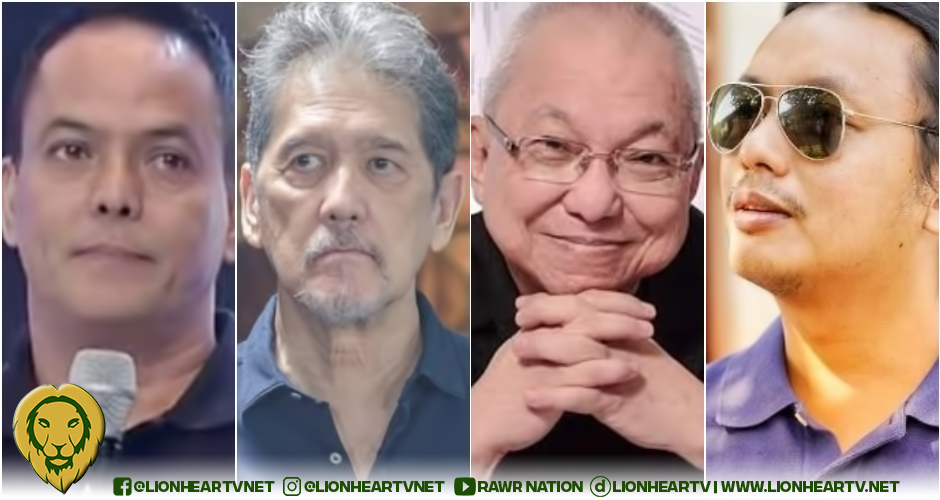 Even during the first few months following ABS-CBN’s May 2020 shutdown, big names behind-the-scene have joined the stars in making that big move from ABS-CBN to its rival networks, TV5 and GMA Network.

Manahan previously accomplished directorial works for some of ABS-CBN’s successful variety programs, including Masayang Tanghali Bayan, Wowowee, The X Factor Philippines and The Voice of the Philippines. He was also at the helm of some of the network’s prominent sitcoms like Palibhasa Lalake, Abangan Ang Susunod Na Kabanata, Home Along Da Riles, Oki Doki Doc, and Kaya ni Mister, Kaya ni Misis. Manahan also directed a number of special events, including big concerts and pageants like Bininibing Pilipinas coronation nights.

After Sunday Noontime Live’s cancellation in January, Manahan moved to GMA Network’s talent agency, Artist Center. He’s been its senior consultant since July 2021. He was joined by another important Star Magic figure, Mariole Alberto, in his move to GMA-7.

Bobet Vidanes, another long-time ABS-CBN TV director, made a similar move when he resigned from his brainchild noontime show, It’s Showtime in November 2020.

His departure also marked his move to TV5, where he subsequently worked as a new consultant and director. Like Manahan, Vidanes helmed a number of popular Kapamilya variety shows, including Pilipinas, Game KNB?, Wowowee (co-direction w/ Manahan), Deal or No Deal, The Singing Bee, Pilipinas Got Talent, and Idol Philippines. In 2009, he created and directed the hen-morning talent show, It’s Showtime, which later on became a flagship noontime program.

Since his move to TV5, Vidanes has since directed variety shows, The Wall Philippines, and 1000 Heartbeats: Pintig Pinoy. He also served as a consultant for Lunch Out Loud, Brightlight Productions-produced noontime show on TV5.

While the departure of ABS-CBN’s top television directors and talent consultants was already a heavy blow, an even bigger looming problem was already in sight while the network was about to implement mass retrenchment. Senior writers and other long-time drama directors had to find opportunities in other production outfits, as lack of work came in the wake, not of ABS-CBN’s shutdown, but of the still prevailing pandemic.

Jeffrey Jeturian, a film and TV director who also directed some of ABS-CBN’s top-rated dramas like The Greatest Love, Ningning, Dream Dad, Be Careful with My Heart, and Love Thy Woman, was at the helm of TV5’s Filipino remake of the South Korean hit drama, Encounter. Andoy Ranay, similarly is doing a project with TV5. He currently directs the Julia Barretto-starrer, ‘Di Na Muli, which marks the actress’ return to primetime television. Ranay previously directed ABS-CBN dramas, including The Good Son, Love Thy Woman and the iWantTFC series, My Sunset Girl.

Prolific writer, Ricky Lee, is also now with GMA Network. Lee has written screenplays for some of the most awarded TV series and films, including his projects with ABS-CBN. Among his most prominent works include award-winning Star Cinema films Nasaan Ka Man and Dubai. He also served as a writer for some of ABS-CBN’s most critically acclaimed dramas, including Lobo, Vietnam Rose, and Only You. He also served as ABS-CBN’s Creative Consultant for years. Lee’s inclusion in GMA Network’s expanding pool of great writers is expected to usher in revolutionary changes to the network’s talented ensemble of creative and production teams. Coincidentally, Lee already worked with GMA Network in the past, as he wrote the screenplays of some of the award-winning GMA Films-produced films, including Muro-ami and Jose Rizal.

Reggie Amigo, another accomplished writer from ABS-CBN, has also recently joined GMA Network. Amigo wrote scripts for Kapamilya dramas including On the Wings of Love, Walang Hanggan, Esperanza, and Minsan Lang kita Iibigin. Mark Angos, who wrote ABS-CBN’s Bagani, Imortal, Dolce Amore, and Got to Believe, was recently announced as a new screenwriter for GMA Network’s upcoming drama, I Left My Heart in Sorsogon. He is expected to take on more screenwriting roles for the network, soon. Angos served as a head writer for ABS-CBN production unit, Star Creatives. Amigo and Angos are joined by The Killer Bride writer, Jimuel de la Cruz, who was also the screenwriter for Kapamilya dramas, Magkaribal, Be Careful with My Heart, and Maria la del Barrio.

Judging the current rate, ABS-CBN is expected to bleed with more departures from its creative department.

ABS-CBN’s loss will be GMA Network’s gain, which has mostly been the case, since GMA Network became the overall no.1 TV network in the country, following ABS-CBN’s free TV exit.

However, this may also mean a good thing for ABS-CBN, which is now open to accept a new breed of writers to fill the spaces vacated by seniors who left the network. That seems to be a good choice as ABS-CBN now expands its horizon on digital platforms by producing more innovative shows; younger writers with fresh ideas are poised to fill the void of innovation and uniqueness, in terms of storytelling.