GMA Network took a while before resuming production of its shows. Nevertheless, it did produce some of the past year’s remarkable shows that made Kapuso personalities and programs score nominations for this year’s RAWR Awards. 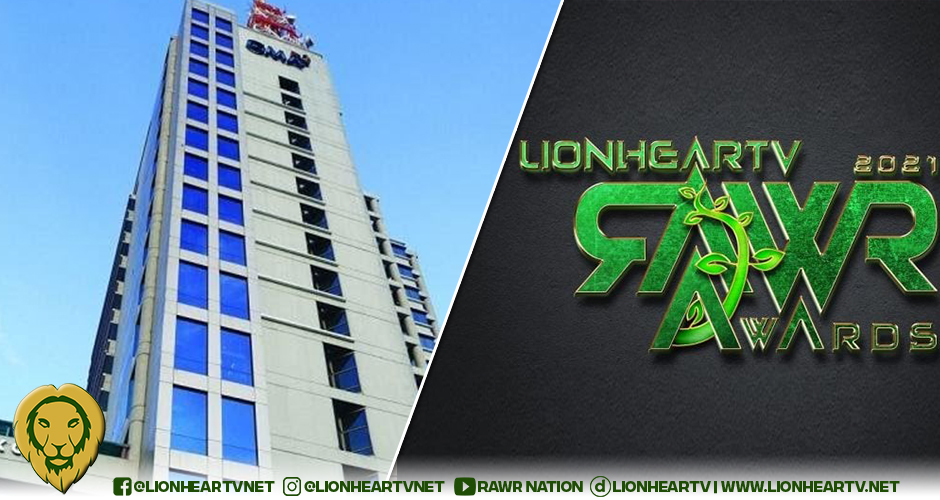 Now in its 7th year, RAWR Awards is LionhearTV’s way of recognizing the best of the bests in the past 12 months.

The winners are decided by the entire community of entertainment bloggers and fans. Artists, creators, and productions are honored annually for doing excellent work and for standing out in various categories. GMA Network remains a powerhouse creator of acclaim-worthy shows, which is reflected in this year through the nominations it scored.

Like in the past, this year’s categories are grouped in four parts: CUB, LION, PRIDE, and ROYAL awards.

For the CUB categories, GMA Network aced the nominations for Beshie ng Taon. Kiray Celis (Owe My Love), Ayra Mariano (Heartful Cafe), and Don Bocco, Jericho Arceo (The World Between Us) are all nominated for the category. Sanya Lopez of First Yaya, Glaiza de Castro of Nagbabagang Luha, and Julie Anne San Jose of Heartful Café, are among the year’s Favorite Bida nominees.

For playing effectively playing as ‘kontrabida’ or antagonist of their shows, these Kapuso actors are among those who are vying to be this year’s favorite kontrabida: Gina Alajar of Nagbabagang Luha, Maxine Medina of First Yaya, and Carmina Villaroel Babawiin Ko Ang Lahat.

For the Breakthrough Artist of the Year award, both Sanya Lopez of First Yaya and MiKel loveteam (Mikee Quintos and Kelvin Miranda), are vying for this year’s trophy. Claire Castro of Nagbabagang Luha and The Clash Season 3 Grand Winner Jessica Villarubin are both Favorite Newbie nominees.

GMA Network continues its production of world-class teleseryes, with some of them making it this year as Bet na Bet na Teleserye nominees, which are Legal Wives, First Yaya, and The World Between Us.

The Kapuso Netwok’s best performing actors have once again proved their mettle in taking on challenging roles, which landed some of them on the Actor of the Year nominees’ list. Dingdong Dantes is recognized for his performance in Descendants of the Sun, while Kapuso Drama King Dennis Trillo in his compelling portrayal in Legal Wives–are the forerunners of the award. Actor of the Year is just one of the year’s LION Awards. Under this set of categories is the Actress of Year award, for which Glaiza de Castro of Nagbabagang Luha and Lovi Poe of Owe My Love are both nominated, too.

They said making people laugh is one challenging task to do, and it’s for this reason that comedians are again honored this year. GMA Network’s Jose Manalo, Boobay and Tekla, Wally Bayola, Michael V., and Chariz Solomon are Pak na Pak na Comedian nominees this year.

News personalities are not to be forgotten in this year’s awards as some of the best in the field are likewise getting honored with the appropriate recognition they deserve. Atom Araullo, Ivan Mayrina, and Mike Enriquez are among the Kapuso nominees under Male News Personality of the Year; while Jessica Soho and Kara David as Female News Personality of the Year nominees.

The year’s most popular love team will once again be recognized and Kapuso team-ups are at the forefront to bag this year’s top award. For Love Team of the Year: JakBie (Jak Roberto and Barbie Forteza), RitKen (Rita Daniela and Ken Chan), and ​MiKel (Mikee Quintos and Kelvin Miranda) are all vying to win this year’s award.

Julie Ann San Jose’s energy on stage is not one to miss. She is the sole Kapuso artist to be nominated as this year’s Favorite Performer. Papa Obet of Barangay LS 97.1, similarly owns that irresistible wit and charm as a radio announcer, which made him among the year’s Radio DJ of the Year nominees. For their exemplary performance in hosting and presentation, these Kapuso personalities are all vying as Favorite TV Host of the Year: Willie Revillame of Wowowin and Drew Arellano of Biyahe ni Drew.

Fan clubs of Kapuso love teams and personalities are again poised to be recognized as Fan Club of the Year. These fan groups are: Kapuso Brigade, Aldenatics, JakBie, DongYan, and RitKen.

The ROYAL AWARDS, Trending Show of the Year, Most Admired Celebrities, Brandspeak, PRs of the Year, and PR Persons of the Year–are to be determined by the blogging and PR communities.

Ready to show your support for these Kapuso nominees? Make sure to get your votes counted by casting them on this LINK.