On October 19, Kylie Padilla responded to Aljur Abrenica’s accusations that she cheated first.

On her Instagram story, Kylie wrote, “Never underestimate a man’s ability to make you feel guilty for his mistake.” 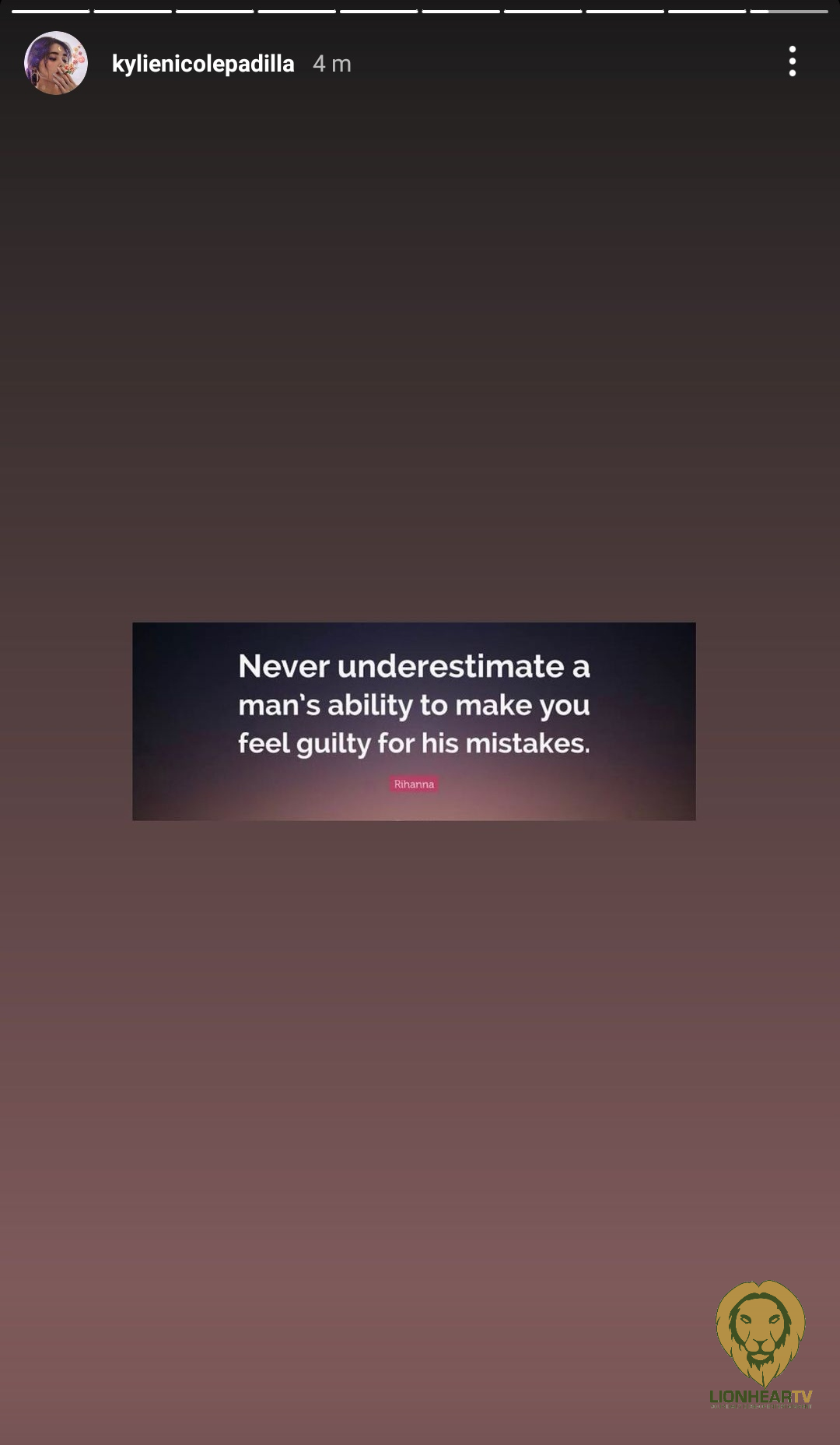 After which, Padilla tweeted her support of the divorce bill.

“Kylie please tell them the truth.

He also detailed how they both agreed to keep silent about their separation. However, Abrenica then urged Padilla to tell people the truth behind their parting.

“I maintained my silence because of our agreement. But now that people who supports us still throw accusations and reading you’re statements it breaks my heart that you can sit still despite of the truth. Tell them who cheated first. Tell them who are you with right now. Have the courage to settle this.”

Padilla refrained from disclosing personal details about their separation with her reactions on social media. She also didn’t blame Aljur in any of her interviews. She usually remarks that both of them decided to part ways.

As for Abrenica, recent reports say that he is currently pursuing the Viva artist, AJ Raval.