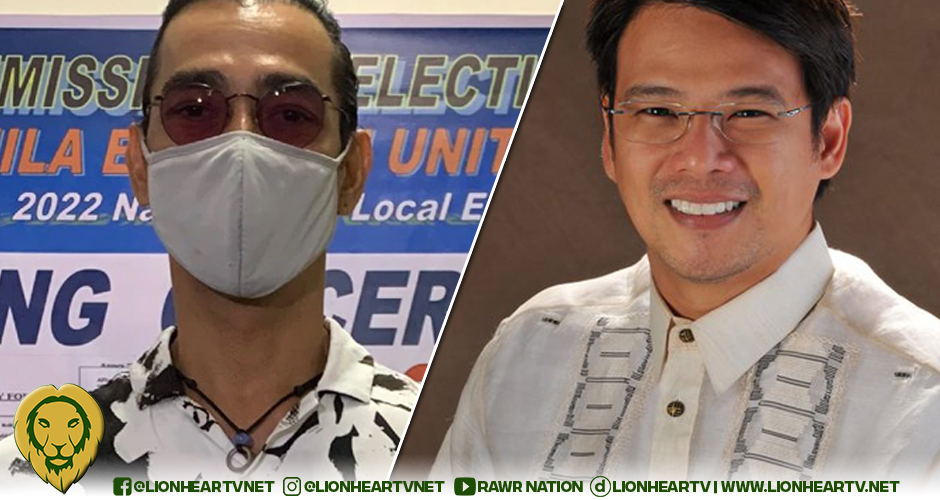 Bagatsing filed his candidacy for Vice Mayor on October 8, joining the list of celebrities aspiring for a government seat.

Bagatsing’s opponent, Servo, is the current representative of Manila’s third district. Despite appearing on some ABS-CBN programs before, he unexpectedly voted for the Network’s rejection of its franchise in July 2020.

Both Bagatsing and Nieto are politically inclined.

Nieto has served three terms as a Councilor before becoming a Congressman, while Bagatsing is a grandson of the former Manila mayor Ramon D. Bagatsing Sr.

Bagatsing has been active in showbiz since 1990.

His recent projects with ABS-CBN include La Vida Lena, A Soldier’s Heart, Bagani, and Pusong Ligaw.

Bagatsing is running under the joint PDP-Laban-Kabaka political party; Nieto, on the other hand, is incumbent Manila Vice Mayor Honey Lacuna-Pangan’s running mate.