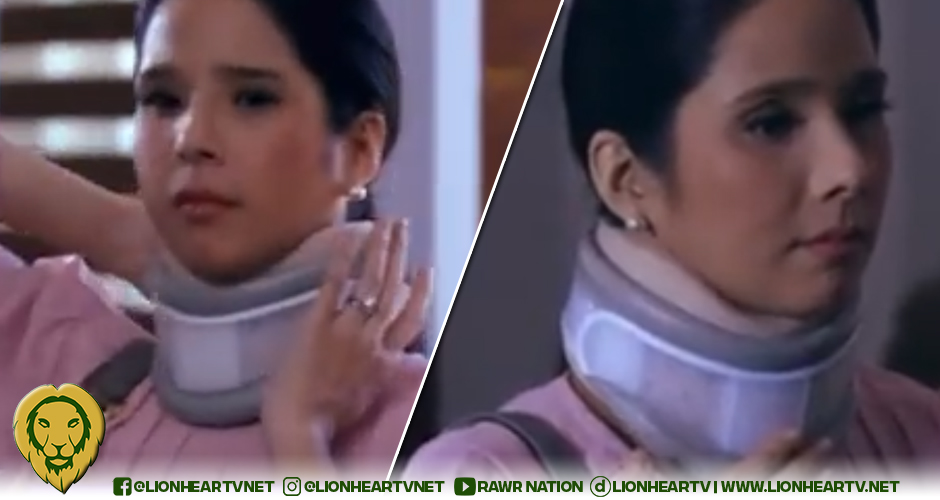 In that scene, Audrey Versoza-Ramones (Maxene Magalona) was about to remove her neck brace after arriving home when her friends encouraged her to continue pretending about her injury.

Netizens on twitter found it quite identical to Arroyo, who was in the same act and getup amid the plunder case she faced during her term as President.

One of Audrey’s friends even copied Arroyo’s way of speaking, which netizens also found hilarious.

A netizen even lauded the show’s creative team for throwing shade at the former president.

Arroyo suffered from multiple cervical spondyloses. It is the deterioration of the intervertebral disks, causing pain in the spine.

After undergoing surgery regarding her spinal condition, she got required to wear a neck brace.

In a dramatic fashion, she removed the neck brace at Freeport in Bataan in August 2018. It confused netizens if she [really] had any illness at all.

During that time, the former president does not need to wear it 24/7, which was not known to many. Arroyo also showed proof of the scars she received during the operation during an interview with the GMA Network.

Fast forward to the present, she is now seen without a neck brace.