Veteran actress and known DDS and Marcos Jr. supporter vehemently denied that they are paid to campaign for the Uniteam.

In a recent statement, Oropesa said she’s willing to cut both of her feet if someone can prove that they are paid to join Marcos Jr and Duterte-Carpio’s campaign. 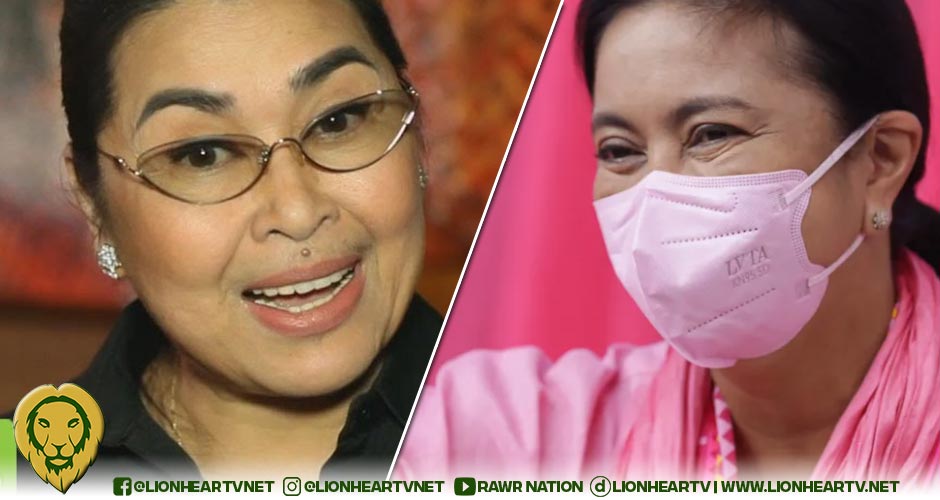 Artists campaigning for Marcos Jr and Duterte-Carpio are reportedly paid with huge sums of money.

One instance is Toni Gonzaga, who allegedly paid 120 million pesos to endorse the Uniteam ticket.

While she denied being paid, Oropesa echoed the BBM propagandists’ accusation that Kakampink artists are the ones being paid with generous amounts.

News about Kakampink artists being paid to join campaign rallies has been circulating recently, most of them coming from the DDS-Marcos propagandists.

Kakampink artists were all out in pushing back the fake news.

Agot Isidro and Moira recently blasted fake news peddlers maintaining they were not paid even with 1 centavo to campaign for VP Leni Robredo.

Melai Cantiveros also took to social media to deny allegations that they are paid to join the pink rallies.

Talent manager Noel Ferrer and several Kakampink artists also debunked the allegations saying everyone in the campaign is a volunteer because they believe in Robredo’s brand of honest governance.