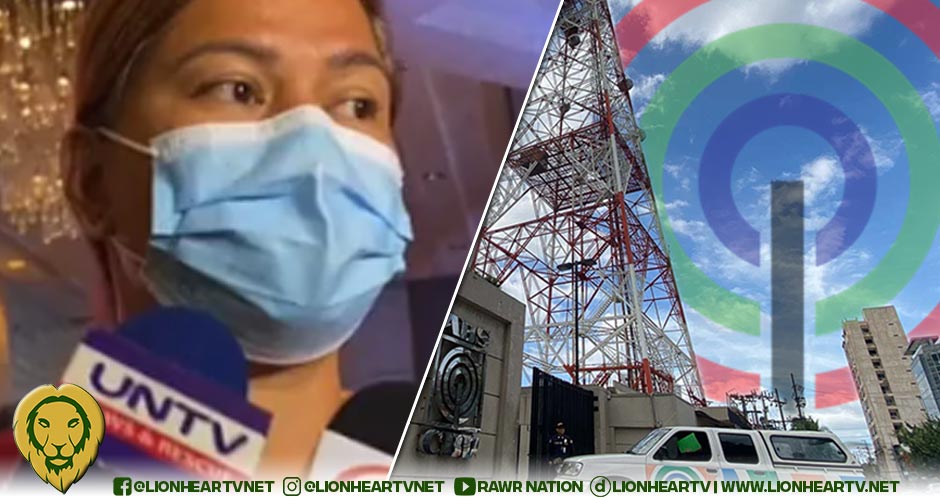 In her latest statement to Rappler during the Vice Mayor’s League of the Philippines conference on March 1, Duterte-Carpio said it will be up to Congress which is the Senate and the House of Representatives to decide the matter.

Her latest statement was a complete turnaround from her previous statement and now fully supports the franchise renewal of the Kapamilya network.

In her statement 2 years ago, the Davao City Mayor said she fully supports the franchise renewal because ABS-CBN has been supportive also to Davao City and the rest of the country.

Duterte-Carpio’s previous statement however is a contradiction to his father President Rodrigo Duterte’s public stance.

Since the start of his presidency, the senior Duterte was vocal in his opposition to the renewal of the ABS-CBN franchise.

The President accused ABS-CBN of being biased in reporting and swindling his campaign ads during the 2016 presidential elections.

And although the Palace kept on saying that the President will never interfere in the franchise renewal of ABS-CBN because that is the sole responsibility of the Congress in July 2022, the Duterte-backed and Cayetano-led House of Representatives voted to kill the ABS-CBN franchise in a vote of 70-11.

Duterte in one of his speeches after the franchise rejection even proudly said that he was able to dismantle the oligarch ABS-CBN without imposing martial law.