With McDonald’s stores once again opening up its doors to dine-in customers, barkadas and families now have their staple hangout place to enjoy good times and even better food. From hohols, study sessions, midnight cravings, and even road trip stopovers, McDonald’s makes all these moments more enjoyable with great discounts on the food that customers know and love! 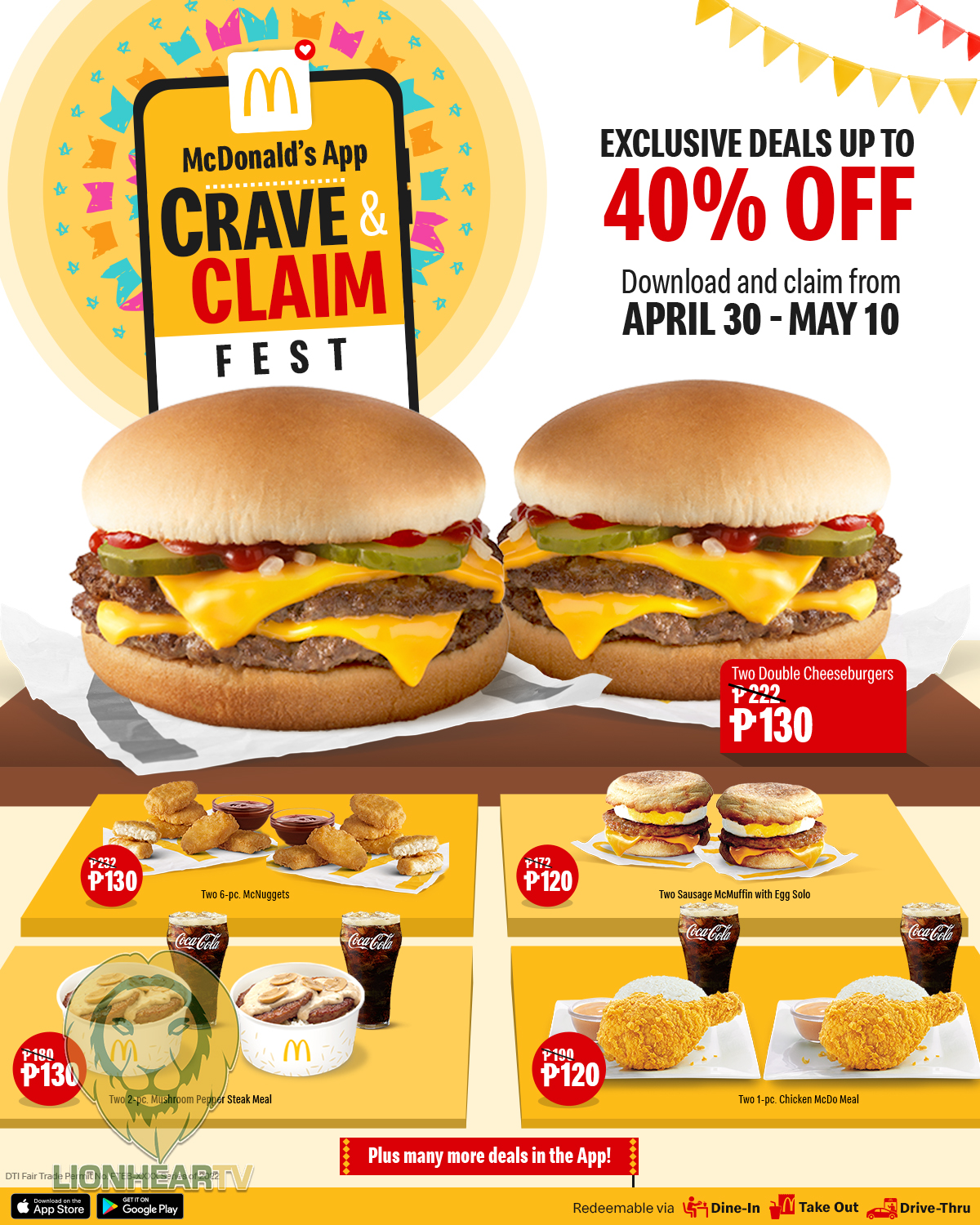 Whatever time or moment of the day, the McDonald’s App Crave & Claim Fest will have a variety of great deals of up to 40% OFF that customers can choose from:

For whenever or wherever the cravings hit, all roads lead to McDonald’s for barkadas to get together and grab McDonald’s App deals worth the budol! So don’t get FOMO from missing out on great deals of up to 40% OFF — download the McDonald’s App and kita-kits sa McDo to take part in McDonald’s first Crave & Claim Fest!