The Kapamilya comedian-host refuted claims by trolls and critics who insinuate that some artists endorsed certain politicians who can help ABS-CBN get its franchise back. 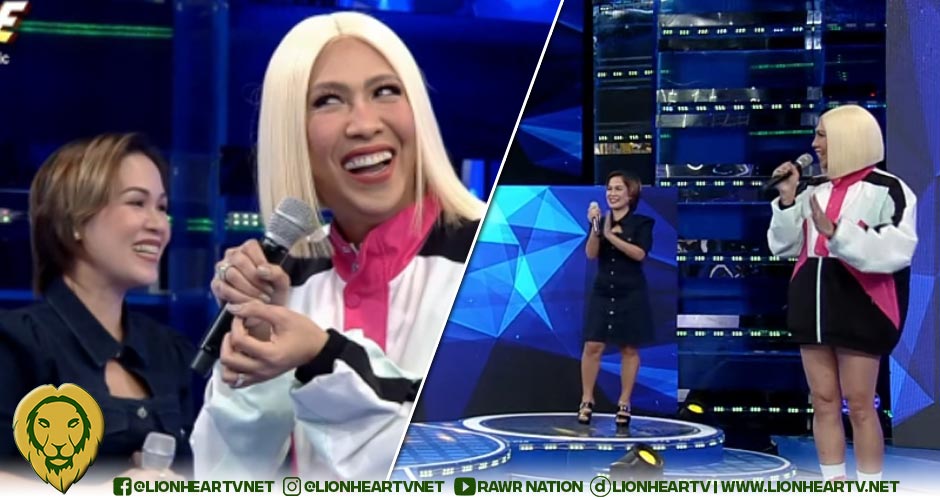 “Wala na po kaming hinahabol na prangkisa (ABS-CBN no longer tries to get its franchise back)” explained Vice Ganda during the April 27 episode of the noon-time show, It’s Showtime.

On the show’s segment, Tawag ng Tanghalan, the phenomenal box office star asked a daily contender about what he would want to say to the future President of the Philippines, to which the contender replied with “Sana po bumalik na po ‘yung trabaho ng marami (I’d ask him to restore the jobs of many people)”.

He then mentioned that ABS-CBN lost its franchise, viewers like him also lost an important source of entertainment.

That answer allowed Vice Ganda to open the conversation that involves artists who endorse politicians.

Vice Ganda noted that trolls on social media have accused celebrities of supporting certain politicians who can help ABS-CBN get its franchise back.

Vice Ganda also explained that ABS-CBN did not apply for a new franchise.

Vice Ganda also shared that ABS-CBN has already shifted to becoming a powerhouse content provider, and is currently thriving at being so.

Vice Ganda, along with other celebrities supporting the candidacy of Vice President Leni Robredo as President, has been the subject of bashing by Internet trolls, who accuse them of endorsing their presidential bets only to help ABS-CBN get a new franchise.