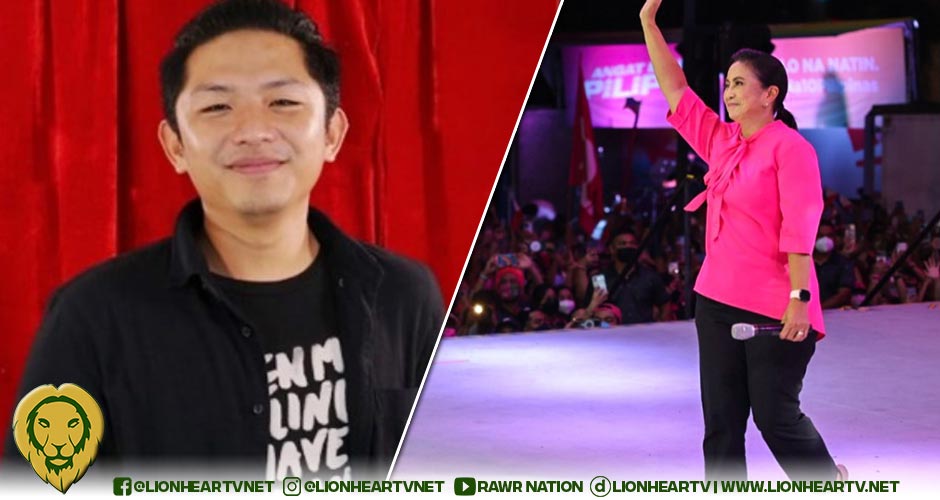 In his recent Facebook posts, Yap continued his tirade against the vice president regarding her latest statements after the May 9 elections.

In his post on May 10, Tuesday, Yap slammed VP Leni, saying she should just accept defeat.

Yap’s remark stemmed from VP Leni’s statement during her thanksgiving mass at the Naga Metropolitan Cathedral on May 10.

VP Leni thanked all her supporters who stood with her during the campaign in her speech.

She also said that she didn’t consider losing the election as a defeat since many good things came out of the campaign.

Yap has been VP Leni’s prime basher during the campaign.

He’s the one who made the Len-len video series on his Vincentiments Facebook page which sought to paint VP Leni’s image in a bad light.