In a Facebook post on Saturday, May 14, OPM Legend Freddie Aguilar ‘flexed’ a lunch date photo with his partner Jovi Gatdula Albao. 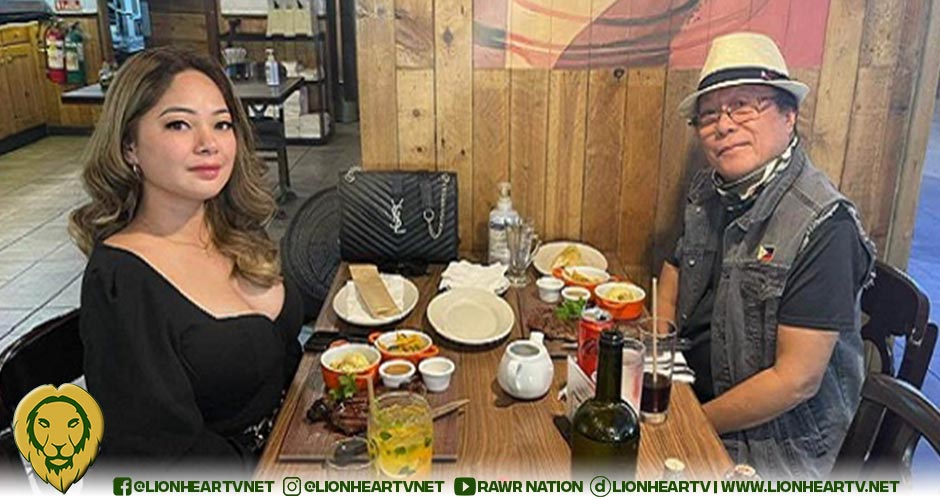 In the comments section of his post, a netizen asked Aguilar about his daily drink, which made him charismatic.

On October 17, 2013, Aguilar openly admitted, despite the controversy that followed, that he is in a relationship with a 16-year-old girl, Jovi Gatdula Albao (Muslim name Sittie Mariam), with plans to marry and even have children, as his partner insisted that she is willing to have a baby.

On November 22, 2013, under Islamic rites, Aguilar married his partner in Buluan, Maguindanao. Aguilar had converted to Islam six months before these reports so that he could marry his then 16-year-old girlfriend. His Muslim name is Abdul Farid.