On her official Instagram account, Lolit Solis shared on June 30 that she does not feel right most of the time yet chose not to think about it. 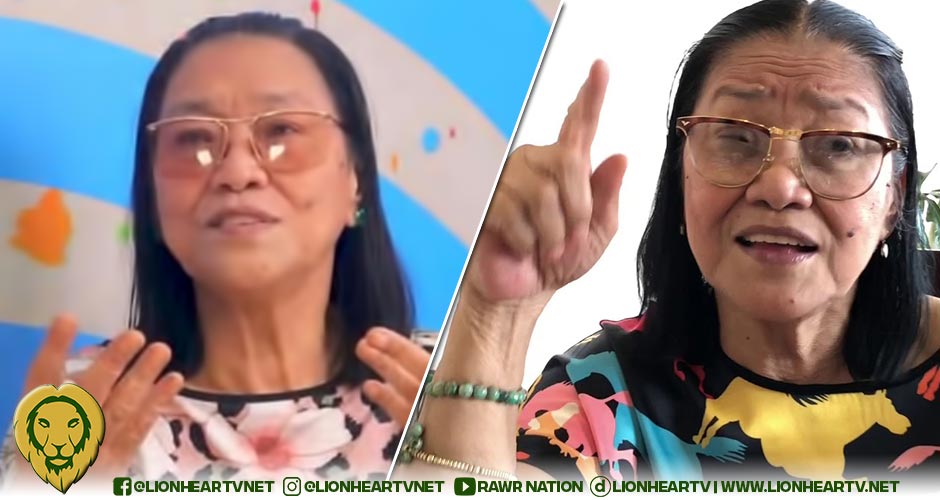 The veteran columnist thought that since she is already 75 years old, her physical being is already weakening.

According to her, she experiences fatigue even though she did not perform any tasks, and sometimes she cannot sleep at night due to discomfort.

She then blamed herself for neglecting physical pain she’d been experiencing recently.

With this, she believes that people should know when to rest, especially when their body needs it. She also advised people to consult the doctor and know what’s causing the pain.

Solis is a veteran talk show host, entertainment columnist, and talent manager. She is known for her frank comments and intriguing blind items involving showbiz personalities.

Solis got involved in the 1994 Manila Film Festival fiasco, where she orchestrated to change the results of the Best Actor and Actress of that year.

The presenters announced that Gabby Concepcion and Ruffa Gutierrez were the winners, however, the tabulators told then-Mayor Alfredo Lim that the real winners were Edu Manzano and Aiko Melendez. The same night, Lim went up stage to announce the real winners.

Solis eventually owned up her mistake and admitted that she was the mastermind of the scandal.

In 2021, in an interview with Ogie Diaz, Solis said that she did it to save the career of Gabby Concepcion, her talent.

Last June 22 marked the 28th anniversary of the said scandal. Solis tracked back this issue and said that it is still fresh in her mind.

Solis regretted her mistake, but it saved her career because her talents became more loyal to her.