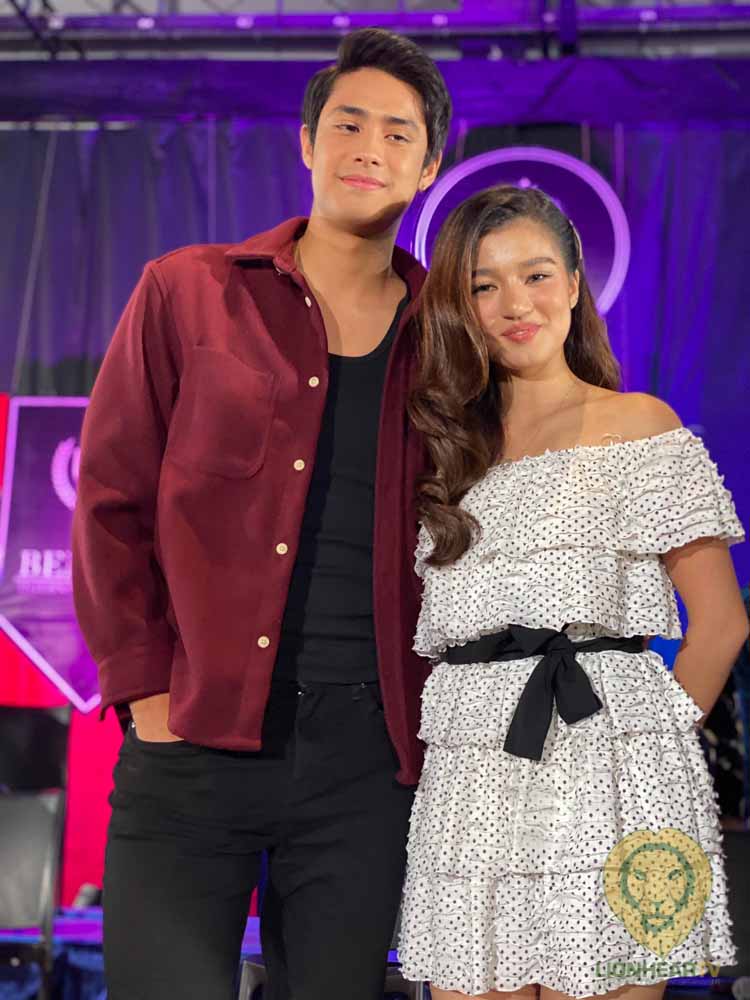 During the media conference for He’s Into Her’s finale, Donny hinted that he and Belle were doing a big project.

Belle added that she and Donny are preparing for their roles.

“We are preparing for something, pero hindi pa namin pwede sabihin.”

Donny then expressed excitement about their upcoming project.

Donny then discussed the success of their series He’s Into Her with its nearing series finale.

“I think ‘yung kwento, ‘yung kwento kasi galing sa puso and maraming nakakarelate as well. Of course, coming from the books, we want the characters to come to life. I think they also feel in love with how these people portray them. And, they fell in love with the story,” said Donny.

Belle added that the cast and crew gave all of their passion and hardwork into creating the beloved series.

“I think the real core of He’s Into Her is we really put our hearts into the project. And each and every one of us here–really love what we do. We are all so passionate, when it comes to portraying our characters, sa akin to ha, napansin ko rin kasi sa lahat, na sobrang mahal nila ‘yung ginagawa nila and sobrang passionate– and ‘yung bond namin, kahit pare-pareho kaming, we want our best for the people viewing, the audience, talagang ‘yung bond na shinare namin, more than friendship, we created a family.”

The series, directed by Chad Vidanes, became a Filipino teen hit, with Donny and Belle becoming one of the most trending love teams on social media.