“Jona Fearless Day” conquered the top spot on Twitter’s trending topics on July 21 as Jona, the Philippines’ Fearless Diva and now an enthusiastic jukeboss on TV5’s Sing Galing regular and kiddie editions, embarked on a whole day Media Tour where she guested on various radio and TV programs and engaged in exclusive interviews. 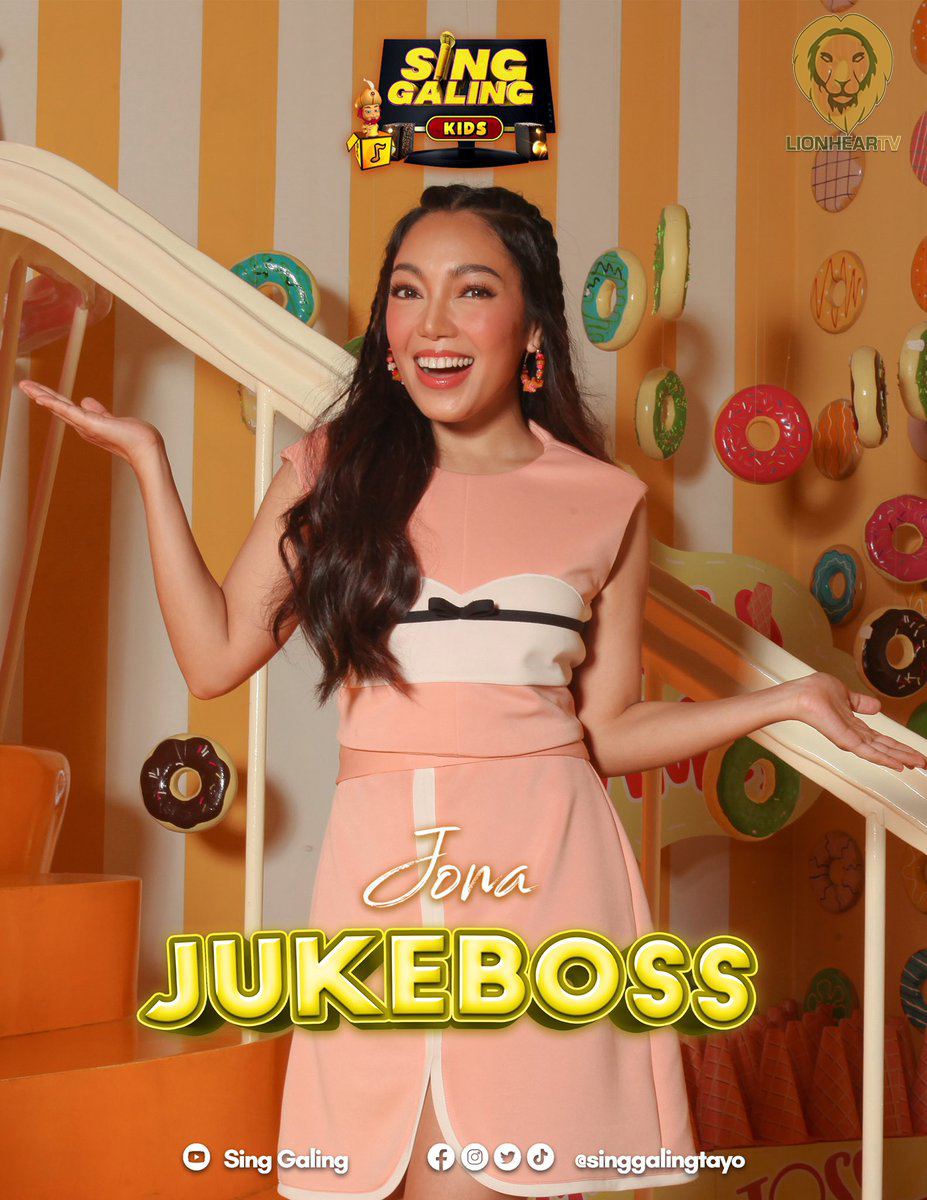 Jona was revealed as the newest jukeboss to join Sing Galing Year 2 during the original videoke gameshow’s grand finals in March this year. Aside from being one of the jukebosses in the show’s weeknight regular edition, Jona is also a jukeboss for Sing Galing Kids, which was launched this month and airs every Saturday.

“Hindi pumasok yan sa mind ko before na someday I’ll be mentoring these kids. Pero along the way, I started dreaming to someday be able to give back to aspiring singers who are going through the same path na pinagdaanan ko rin before,” Jona shared.

The Fearless Diva disclosed that despite being a jukeboss for Sing Galing Kids, she still has a lot to learn when it comes to dealing with the show’s kiddie contestants because this is the first time that she’s mentoring kids who are younger than her siblings.

Catch the Fearless Diva Jona as she takes on her challenging role as jukeboss on both Sing Galing regular edition and Sing Galing Kids on TV5.