Down to its last few episodes on air, the longest-airing teleserye broke its record twice, proving yet again its unquestionable domination online. 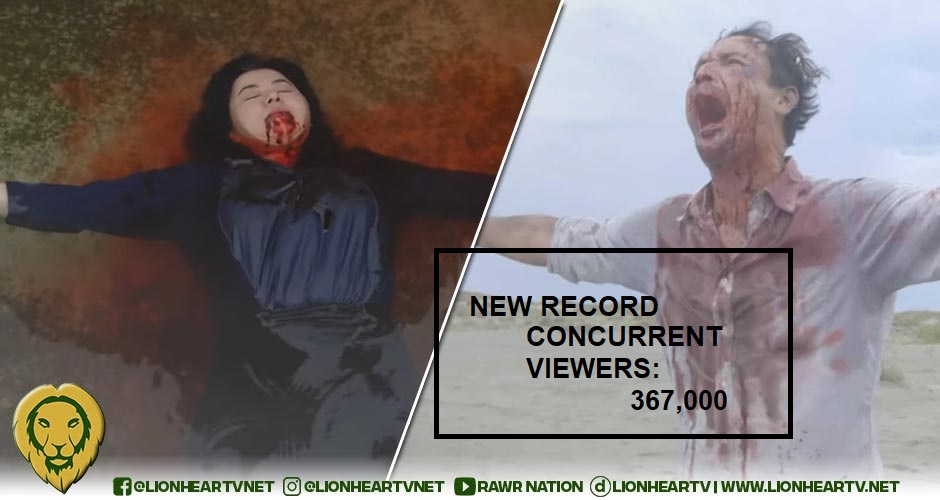 The Kapamilya action-drama series notably breached 360,000 concurrent viewers on YouTube during its Thursday episode, which saw the tragic death scenes of several characters, including the key villain P/Maj. Albert de Vela (Geoff Eigenmann). The episode also saw the tragic death of Rosanna Roces’s character, Lolita Silang, who got crushed under the weight of a fallen chandelier.

As Cardo Dalisay and Task Force Agila finally cornered Armando Silang (John Estrada) and Lily Ann Cortez-Hidalgo (Lorna Tolentino), the concurrent viewers of the series surged past 390,000 on both YouTube and Facebook. On Kapamilya Online Live on YouTube–a new record got posted with 367,000 live viewers.

The finale week of the seven-year-old series is poised to follow Task Force Agila’s pursuit of Renato Hipolito (John Arcilla), the last of Cardo Dalisay’s original great nemeses. He will also confront, for the first time, the terror of Lucian Santana (Raymond Bagatsing), with whom Hipolito found a formidable ally, at the expense of losing Art Padua (Tirso Cruz III).

Will Cardo Dalisay ends up victorious in his pursuit of justice and peace? And perhaps, more importantly, will the finale week push the series’s concurrent viewership to a level succeeding programs will struggle to breach or even soar past?