Cinema One shows how Piolo Pascual came to be an esteemed actor and the quintessential leading man that he is today by highlighting his iconic roles in four digitally restored Star Cinema movies this August.

While waiting for a new episode of “Flower of Evil,” viewers can tune in to Cinema One’s Monday Drama block every 9 PM to witness more of Piolo’s timeless charisma and talent on-screen.

This Monday (August 8), watch Piolo as the political activist Jules Bartolome in the historical drama film “Dekada ’70.” The role earned Piolo a grand slam for Best Supporting Actor, having won the honor at the 2003 PMPC Star Awards for Movies, FAMAS Awards, and Gawad Urian, among others. 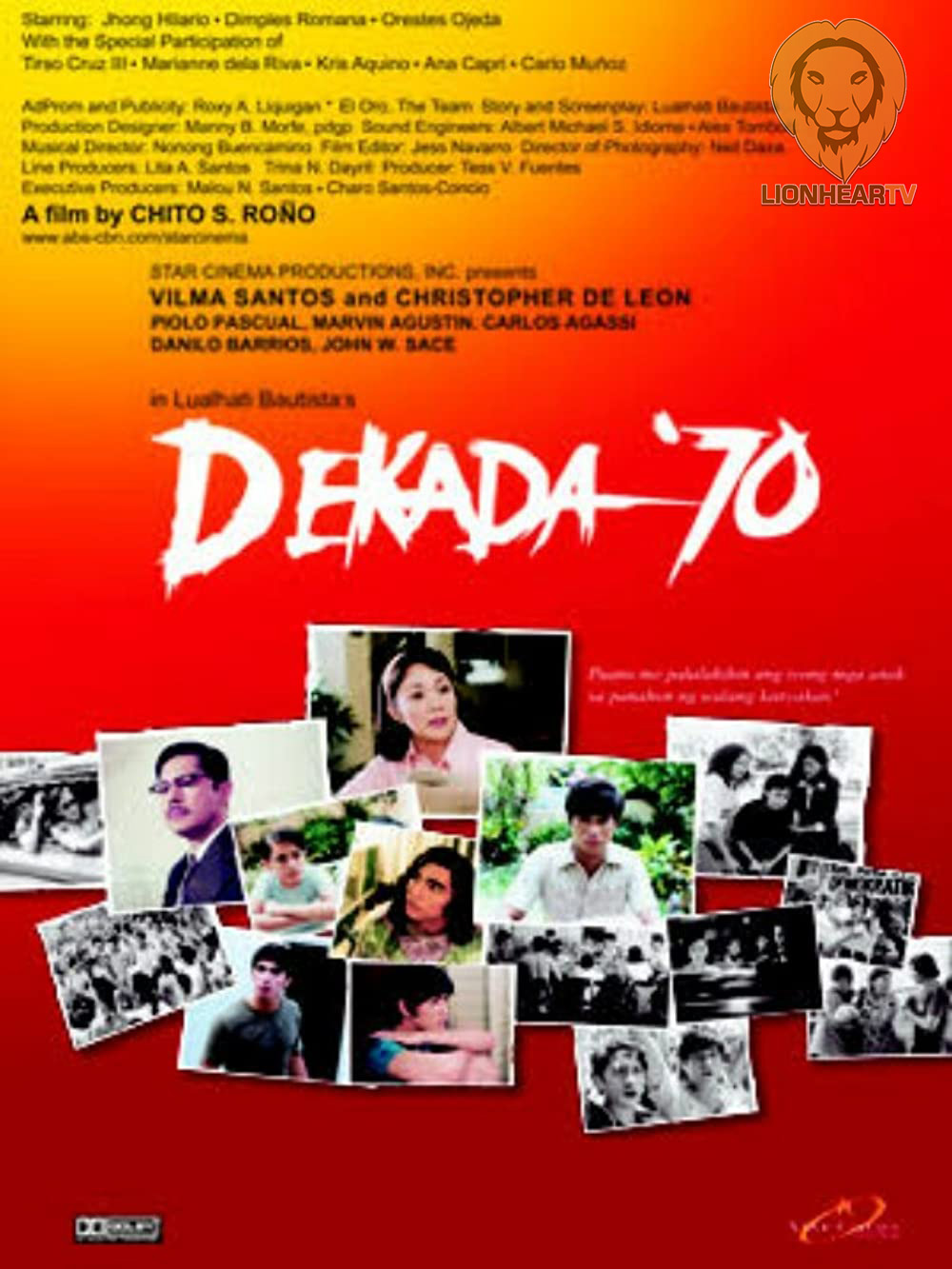 Piolo and Claudine Barretto’s critically acclaimed and classic team-up in the 2004 romantic drama film “Milan” will be showing on August 15, which centers on their OFW characters’ hardships and eventual romance in Italy. 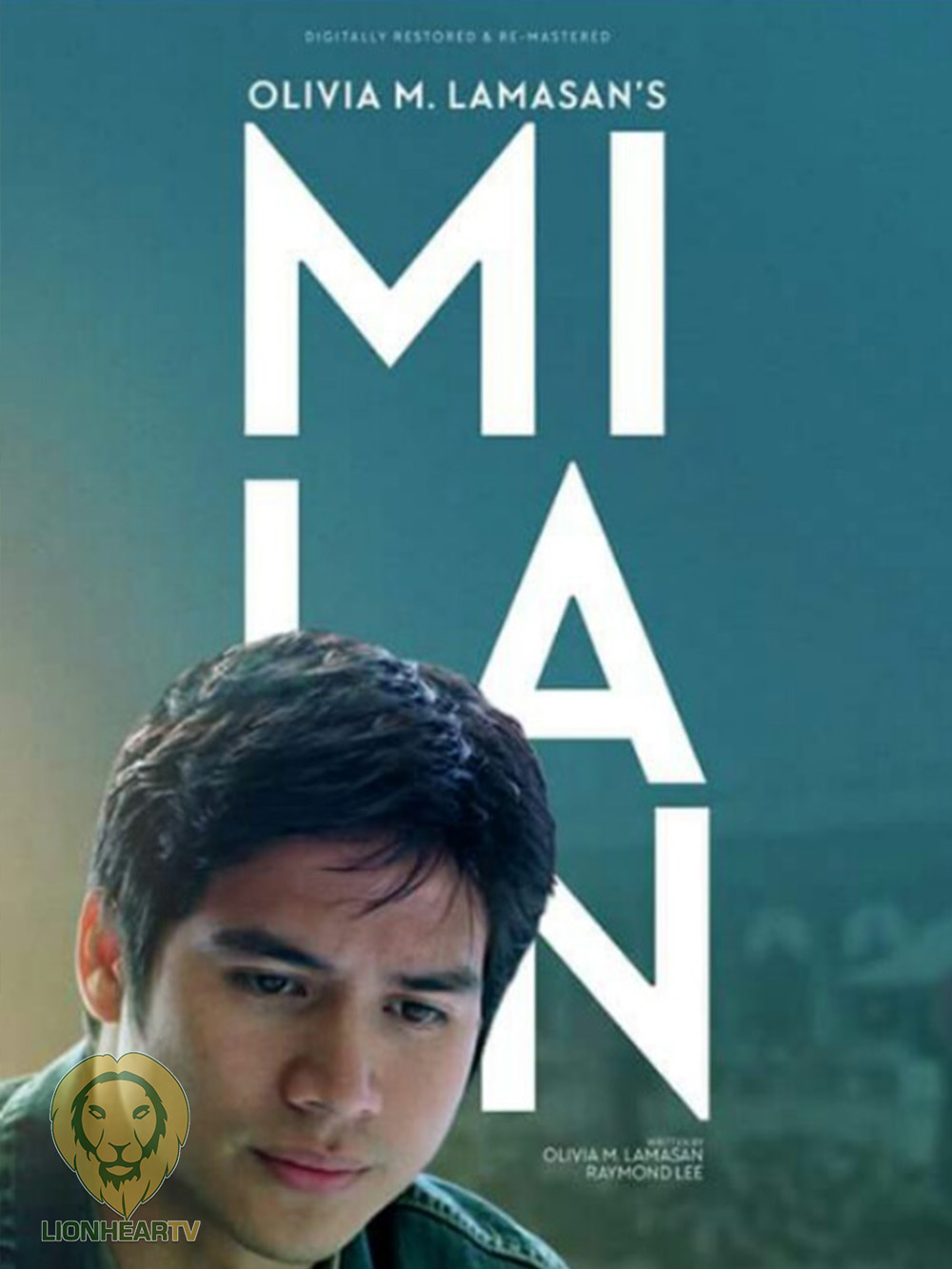 Come August 22, Cinema One will air “Paano Kita Iibigin,” in which Piolo stars as a rough resort owner Lance alongside Regine Velasquez-Alcasid as the miserable mother Martee who is forced to work for Lance. Will their developing feelings for each other make their lives better? 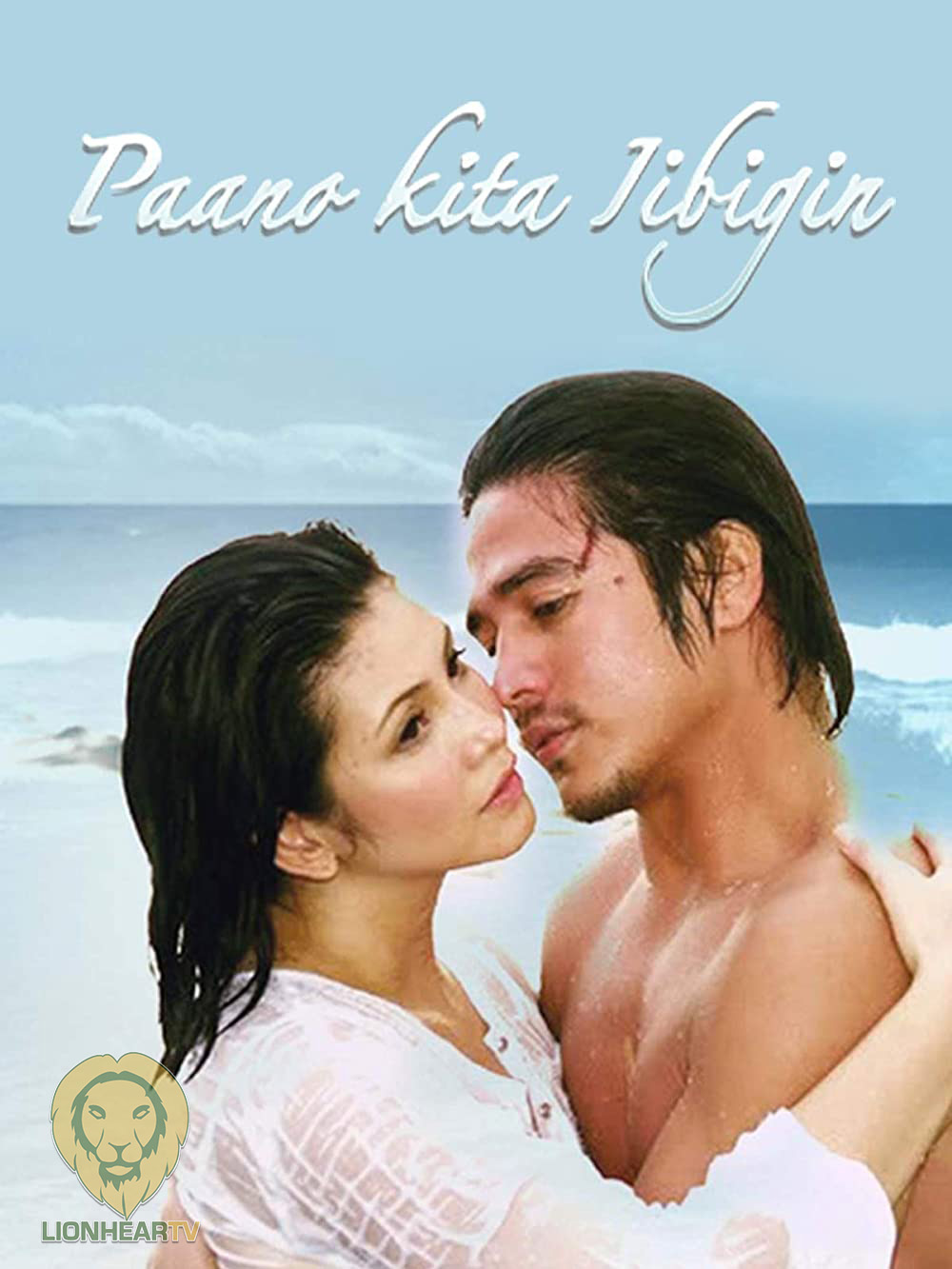 Finally, the first big-screen pairing of Piolo and Angel Locsin in “Love Me Again” will air on August 29, where the two play Migo and Arah, respectively, as childhood sweethearts forced apart by the latter’s family problems. As they meet again in Australia, find out whether they will rekindle their romance or further drift away from each other. 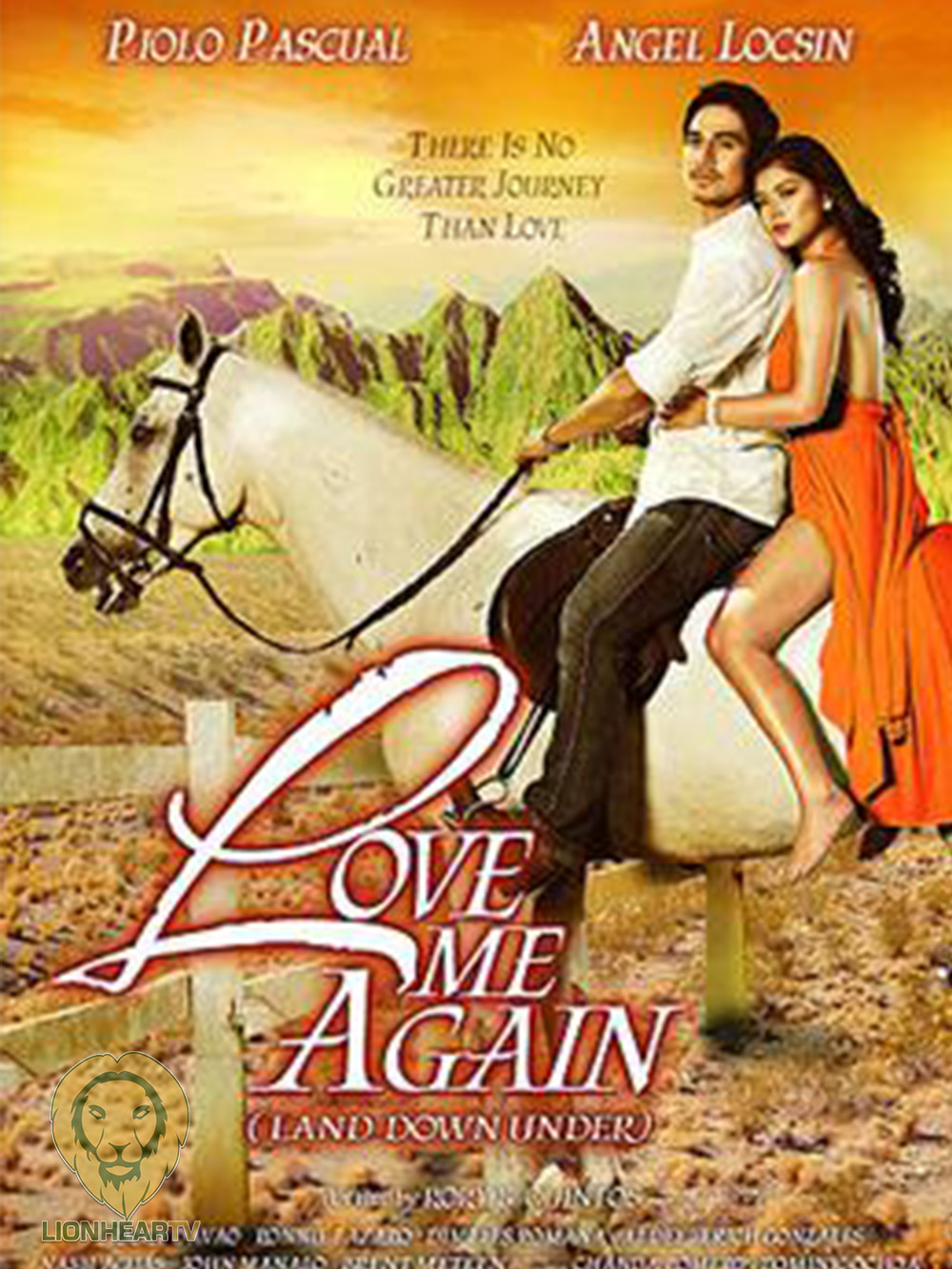 Meanwhile, Aga Muhlach’s restored films will also be showing all month-long on Cinema One’s Restored Cinema block at 9 PM on Sundays, with “A Love Story” airing this August 7, “Kung Ako Na Lang Sana” on August 14, “Dubai” on August 21, and “Sana Maulit Muli” on August 28. More of his films can be seen every Tuesday at 7 PM on Cinema One’s Star Cinema Primetime block.

Every Sunday at 11 AM, fans of the King of Philippine Movies should tune in to FPJ: Hari ng Pinoy Cinema, with “Patayin si Mediavillo” airing this August 7, followed by “Agila ng Maynila” on August 14, “Bandido sa Sapang Bato” on August 21, and “Isa-Isa Lang” on August 28. More of “Da King” is in store as his films under his pseudonym Ronwaldo Reyes will be showing on the cable channel’s C1 Masters block every Wednesday at 9 PM. 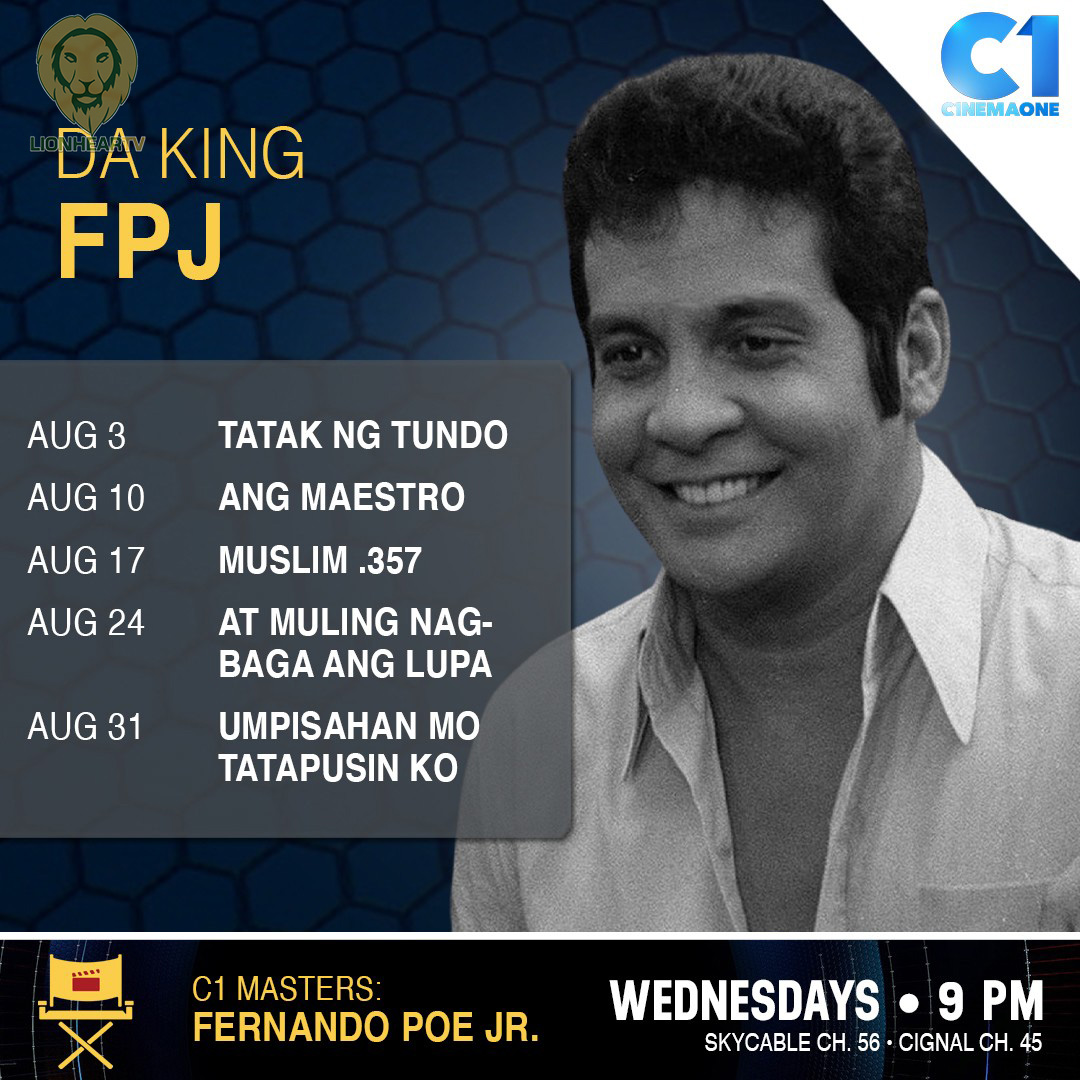