After three months on the air, the second season of the top-rating Kapamilya talent-reality search has officially crowned its grand winner on Sunday, September 18. 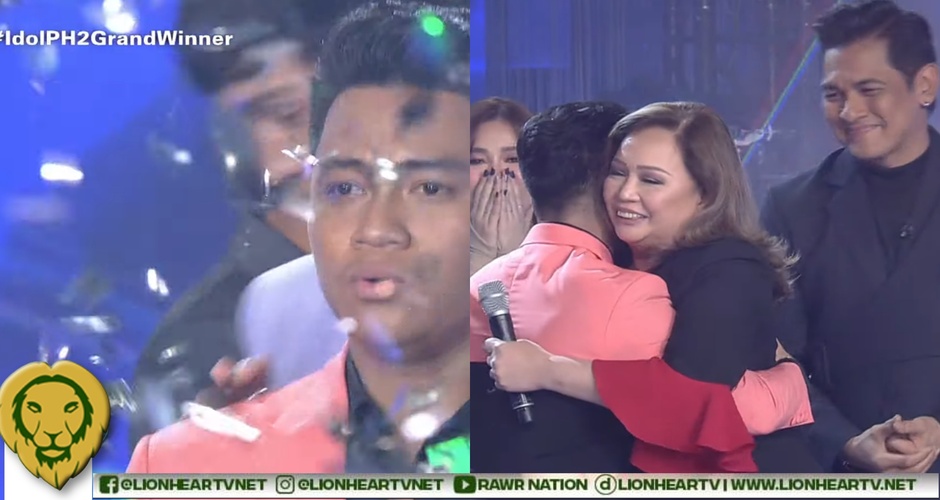 Idol Philippines hopeful, Khimo Gumatay was declared the grand winner of the second season of the much-talked-about talent-reality competition. Gumatay capped his win with his inspiring winning single, My Time, written by The Voice Teens alumnus, Jeremy Glinoga.

With a final score of 89%, Gumatay bested out fellow Top 3 contenders, Ryssi Avila and KICE, who rendered their finale performances featuring their respective original singles. It is interesting to follow Gumatay’s journey in the competition. He entered the competition via Stevie Wonder’s Isn’t She Lovely. One of his most memorable live performances is his rendition of Sarah Geronimo’s monster hit. He sunk to ‘Bottom 3’ during the Top 8 showcase of the show. He earned his first standing ovation from all 4 judges during the Top 6 Live Gala night, where he performed his show-stopping performance of Boyz II Men’s anthem, End of the Road.

During the showdown, Khimo also performed Jem Macatuno’s Bagong Simula, which he to be symbolizing his journey in the competition and as an aspiring singer. It can be noted that before his victory, he joined several competitions, including Tawag ng Tanghalan on It’s Showtime.

As this season’s winner, Gumatay takes home a set of ambitious prizes, including a 1 million peso cash prize, a 3 million-worth of franchise package from DermaCare, a house and lot from Camella, and a recording and management contract from ABS-CBN Music.

With his win, Gumatay joins ABS-CBN’s roster of singing champions, who are mostly mainstay performers of the Sunday noontime musical variety show, ASAP Natin ‘To. His coronation song, My Time, alongside the singles of other Final 6 finalists, can now be streamed on Spotify and other audio streaming platforms.