For almost two weeks, Doc Nielsen Donato and his team have been documenting whales and dolphins in Bohol’s seas for “The Born Expeditions: The Tale of Two Whales.” 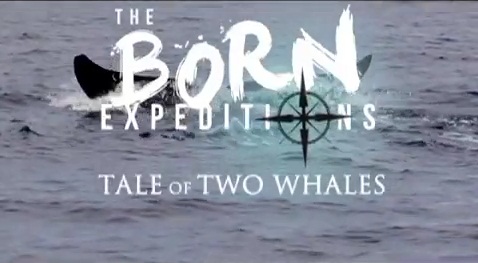 They filmed the behavior of spinner dolphins, melon-headed whales, and bottlenose dolphins. Until Doc‘s team spotted the biggest whale yet – a Bryde’s whale. Along with other marine mammals and the biggest fish in the world, the whale shark, Bryde’s whales were once hunted in Pamilacan. After what seemed like years of “absence” from Bohol’s seas, a Bryde‘s whale sighting was finally reported by researchers in 2010. And as Born to be Wild‘s footage shows, the Bryde’s whale is indeed back in Bohol.

But the question remains – where is the blue whale that the team documented a year ago? The blue whale is the largest creature to have ever existed on earth, and in the Philippines, it has only been formally documented a few times. Last year, Born to be Wild showed Philippine viewers what was then the most extensive footage of the blue whale in our own waters. This year, Doc Nielsen and the team wonder if the blue whale will surface again, for a more detailed observation.

Suddenly, they see a fluke or “tail” which appears to be the same size as their boat, if not bigger. A fluke this big can only mean one thing.

This is the video teaser

Don’t miss the awe-inspiring finale of The Born Expeditions’ “Tale of Two Whales” this Wednesday night on GMA-7’s Born to be Wild after Saksi.