Columbia Pictures’ new action-adventure “The Amazing Spider-Man” was shot in 3D, and for the filmmakers, it is a key choice. 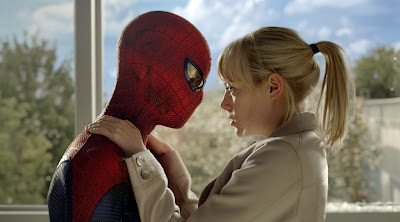 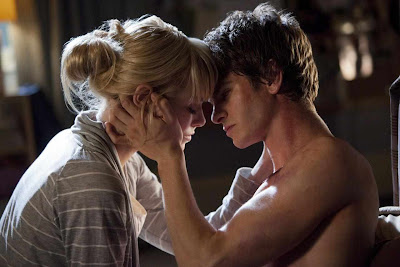 “3D isn’t right for every movie, but 3D was made for Spider-Man,” says producer Avi Arad. “It is another way we have of keeping the audience immersed in the storytelling. You see the world through his eyes and you feel like Spider-Man – the exciting moments are even more exciting. But what might be surprising is that 3D makes the intimate moments more intimate as well – I can think of some scenes that are quite emotional that are even more emotional in 3D. It’s a perfect choice for this movie.”

“We wanted to put people in Peter Parker’s shoes and Spider-Man’s shoes in this film, to let them experience the thrills themselves. What better way to do that to enhance the reality than through 3D,” notes director Marc Webb. “It’s the ideal format to allow the audience to viscerally experience the quality of moving through space, flying through the air, swinging through Manhattan.”


Webb referred to the “3 Vs” – “Velocity, Vertigo, and Volume” – as keystones for his approach. “It seemed to me that Spider-Man was the perfect venue for immersing the audience into the experience of flying with the character,” he says. “I like to shoot things from a subjective point of view, so in creating a connection between the camera and the character, the three dimensionality of it gives you the feeling of the sense of velocity when Spider-Man swings through the streets.”

Marc Webb adds, “3D enabled us to capture not only the thrills of a huge action sequence, but the portable handheld rigs allowed us to capture emotionally charged, more intimate scenes, such as a scene between Peter and his Aunt May that felt palpable, real and authentic. I wanted to create environments that felt realistic and not super stylized. You wanted to spend time in this world and there was beauty and sophistication in even the simplest of moments.”

“The Amazing Spider-Man” will also be digitally re-mastered into the image and sound quality of The IMAX Experience with proprietary IMAX DMR (Digital Re-mastering) technology for IMAX theaters. The crystal-clear images coupled with IMAX‘s customized theatre geometry and powerful digital audio create a unique environment that will make audiences feel as if they are in the movie.

“We couldn’t be more excited to be able to offer this extraordinary new Spider-Man adventure in IMAX,” said Rory Bruer, President Worldwide Distribution, Sony Pictures Entertainment. “Marc Webb and the entire production team have been working tirelessly to deliver a 3D motion picture that will take the Spider-Man experience to a whole new level. Audiences will literally feel like they are swinging through the streets of New York and that will only be accentuated when seen in IMAX.”

“I was blown away after getting a sneak peek at some early footage for ‘The Amazing Spider-Man’ and this latest installment in the iconic franchise is a perfect DNA match for IMAX,” said Greg Foster, Chairman and President, IMAX Filmed Entertainment. “The film is an important addition to our 2012 film slate and we’re excited to be working with Marc Webb, Avi Arad, Matt Tolmach and the team at Sony Pictures Entertainment to take IMAX and Spider-Man fans around the globe on this next adventure in IMAX 3D.”