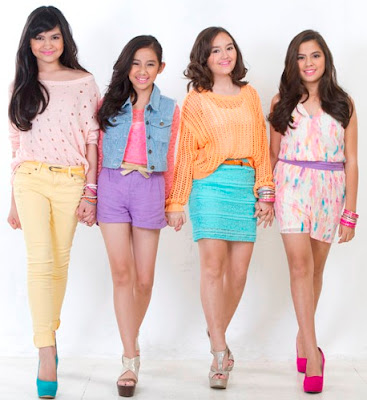 From their striking impersonation of the popular Korean girl group 2NE1 in a segment of “Goin Bulilit,” “T.O.P” now has their self-titled debut album under Star Records, with ‘Crush‘ as its carrier single. ‘Crush‘ is the anthemic theme song of the hit Sunday teen-oriented show of ABS-CBN, “Luv U.”

Completing the tracklist of “T.O.P: Tweens of Pop” album are ‘Bestfriend 4ever,’ ‘Sumayaw Tayo,’ ‘Yugyugan,’ and the medley of all their four songs. Overall album producers are Lito Camo and Direk Edgar ‘Bobot’ Mortiz.

The tracks of “T.O.P: Tweens of Pop” album are now available for download on www.mymusicstore.com.ph.