Menu
Search
Internet sensation Kimpoy Feliciano is here in the Philippines (from New Zealand) for 10 days to record his album under Universal recordsand to do TV guestings. 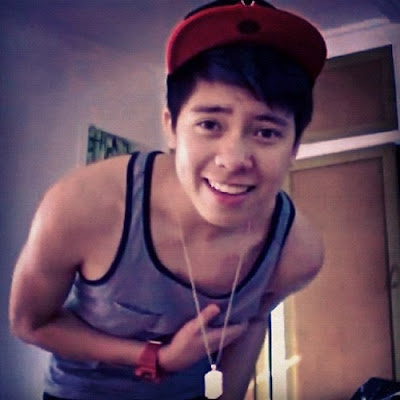 Kimpoy Feliciano (aka Paolo “Kimpoy” Vivas Feliciano) is a social media Filipino teen sensation. He has built his fanbase by being “pa-cute” with his “pinoy banats” and love musings via youtube, twitter and tumblr. Amazingly, he has amassed his popularity without going through the machinations of local showbiz though if he keeps this up, he’s bound for it.

When asked who among the Kapuso actresses he wants to meet in person, Kimpoy said, “Siyempre si Julie Ann San Jose.” When pressed for reasons, he quipped, “Eh lagi…basta si Julie Anne. Boom!”

He is also set to appear as guest in several GMA Network shows including “Manny Many Prizes,” “Bubble Gang” and “Party Pilipinas.”