Menu
Search
Michelle, now 42 years old, may not be the perfect daughter a parent could have but she certainly did not deserve the tragedy she found herself in when she was yet a child: she was sexually abused when she was only twelve years old while at a party in Baguio City.

Michelle was adopted at birth by a rich couple. Her biological mother used to be a househelp working in the couple’s mansion.  Since her mother knew she could not provide her daughter with a comfortable life, she decided to put her baby up for adoption. Michelle had known early on that she was an adopted child. 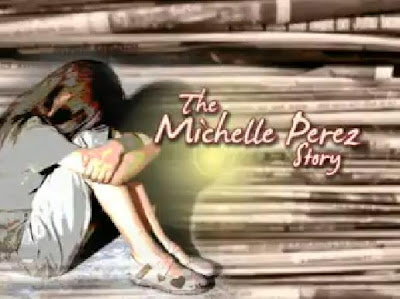 Even if Michelle is not their biological daughter, her adoptive parents treated her as if she were their own.  They enrolled her in exclusive schools and even in dance and music classes during summer breaks.

Unknown to Michelle’s adoptive parents, the girl has been mistreated by their housemaids, who made up stories about her and accussed her of stealing her parents’ money. Consequently, she was frequently — albeit, unfairly — scolded by her parents.  They would learn later that the accusations were untrue and that the maids themselves were the culprits.

But the realization of Michelle’s parents’ came too late.  The much-needed affection and sense of belonginess, which she didn’t find at home, she found in the company of her peers.  Unfortunately for Michelle, she joined the wrong set of friends as they were a bunch of drug addicts.

Not long thereafter, Michelle found herself addicted to marijuana and later on, to shabu.  She carried her vice even after she gave birth to her first son, Michael John.  Eventually, Michelle’s addiction to drugs became worse.  She became a drug pusher, supplying illegal drugs to her high-profile clients, some of whom were celebrities.

Michelle continued her topsy turvy life even as she was expecting her second child.  When she turned 28, she came to a realization that will forever change her life.

She realized that drugs has not only ripped her life apart, it is also taking a toil on her family and her relationship with her children.  She figured, she must do something to change her dire situation.  She turned herself up to her parents and volunteered for drug rehabilitation.

Today, Michelle has not only moved on from her drug addiction, she is also helping drug addicts who wish to be rehabilitated and regain the normalcy in their lives.  Michelle put up a drug rehabilitation foundation, which she named “Silver Crest Foundation.”  She studied in Harvard University in the United States and in another univesity in Canada so she could become an expert in the field of drug rehabilitation.