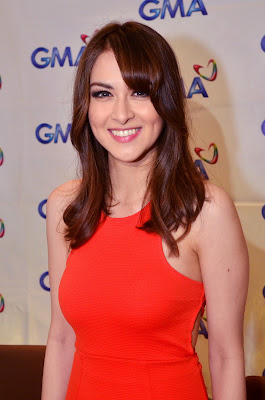 Marian became a household name after topbilling GMA’s remake of the hit Mexican series Marimar in 2007. Since then, Marian was given numerous projects that catapulted her to stardom and elevated her status as one of the country’s sought-after, multitalented and most admired actresses in the entertainment industry.

On the other hand, Mr. Duavit says that with Marian’s renewal of contract, the network will focus on her evolution with close cooperation and coordination with her management team so that her career further grows, “Inspirasyon naming lahat ang sense of loyalty ni Marian at sa pagkakataong ito ay ibig naming iparating sa kanya ang aming taos-pusong pasasalamat dahil sa patuloy niyang pagtitiwala at nakakasiguro naman si Marian na aming isinasapuso ang kanyang mas lalong pagsulong at paglago as an entertainer and an artist. We are very happy and proud.”