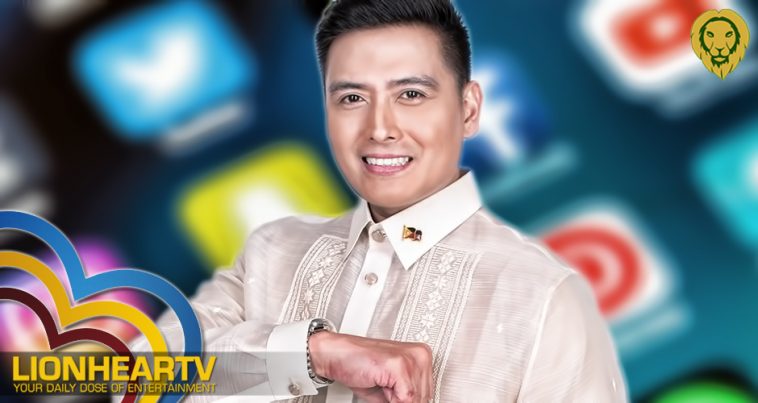 Rep. Alfred Vargas took a break from social media because he could not take the negative comments and criticisms thrown at him regarding his decision to inhibit himself from voting in ABS-CBN franchise renewal. People have been saying that the former Kapamilya does not need to explain anything because no matter what he says, it can’t change the fact that he still refused to support his former home network.

They said that he was being a coward with his decision and that he shows zero gratitude and sympathy to the network that helped build his career.

We will not forget what you did!

Is this you? Mr Alfred Vargas. The audicity and clownery 😅 https://t.co/Ib9sZ0yhmS

The audacity Alfred Vargas. Give up their livelihood ba talaga? What happened to the 11,000 ABS-CBN you never cared abt? The ungratefulness. Remember, you were once part of Star Magic that fed you once in ur life. Disregarded? #IbalikAngABCBN #RememberTheirNames https://t.co/1PP0jqMorE

Alfred Vargas had a long winded explanation prepared when it's simple really.

WALA KANG BAYAG, ALFRED. That goes for the 70 Congressmen who followed the will of #Duterte as well.

Instead of posting it online, Alfred Vargas should have had this statement printed in triplicate and just sat in the toilet to wipe his greasy ass with it after shitting all over our country. https://t.co/Z99ESKIc87

We will not forget.

If conflict of interest is really a valid excuse, then pray tell how Cong. Vilma Santos and Cong. Sol Aragones stood by ABSCBN?

People also said that Vargas doesn’t care for the 11,000 ABS-CBN employees whose employment was endangered with the network’s shutdown amid the COVID-19 pandemic.

They questioned the validity of Vargas’ reason for “conflict of interest” because they mentioned that Cong. Vilma Santos and Cong. Sol Aragones were able to stand by the ABS-CBN network.

It can be recalled that Vilams Santos-Recto was an actress before entering politics but she voted in favor of the renewal of ABS-CBN’s franchise along with 10 other lawmakers. Meanwhile, Laguna Rep. Sol Aragones, a former ABS-CBN news reporter, also voted against denying a new franchise to the network.

Vargas was a regular member of the legislative franchises panel and was present during the hearing but inhibited himself from voting citing “conflict of interest.”

Vargas had a career in ABS-CBN before joining the politics so netizens expected him to vote in favor of the franchise application.

“My heart goes to ABS-CBN, its employees, and other workers whose livelihood depends on the network,” Vargas said in a statement, just as the House legislative franchises committee members are set to cast their votes on the fate of the embattled media giant.

The actor turned lawmaker cited Republic Act 6713 Section 7(a), on the Code of Conduct of Public Officials, and Sections 28 and 81 of Rule IX of the House Rules on Committee Voting, as well as avoidance of conflict of interest.

“This representation as an actor/producer has been engaged for artistic projects with the network,” Vargas said.

“Thus, out of propriety and as dictated by law, I am duty-bound to inhibit myself from voting on the application for the franchise of ABS-CBN,” he added.

But this inhibition was called ‘lack of courage’ by the netizens and Kapamilya supporters.

Lolit Solis defended Vargas in an Instagram post after he chose to inhibit himself from voting on ABS-CBN’s franchise renewal.

The veteran journalist, who is also Vargas’ manager, shared her thoughts regarding the bashing that Vargas and other congressmen are receiving for their decision on the franchise.

She said that she couldn’t understand why the netizens were attacking some congressmen with regards to their decision on ABS-CBN franchise renewal.

Solis mentioned that Vargas didn’t do anything wrong by inhibiting from the voting. He has the right to make his own decision because he accordingly didn’t promise anyone that he will support ABS-CBN.

Solis concluded by saying that Vargas just followed his conscience and not his loyalty towards someone or anywhere.

Lolit Solis is the manager of Alfred Vargas. As an actor, he started his career as a member of ABS-CBN Star Magic as part of Star Circle Batch 10. He had a role in the original run of Pangako Sa’yo.

His breakthrough role came in the film Bridal Shower. After this, Vargas moved to the GMA Network where he featured in three shows in Philippine television: the daytime drama series, Daisy Siete, the fantasy series, Encantadia (as Aquil), and its prequel series Etheria

He left the Liberal Party in 2017. Afterward joining the PDP-Laban, the current ruling party under President Rodrigo R. Duterte.