The tables have turned in last Thursday’s (October 29) episode of “Ang Sa Iyo Ay Akin” as Marissa (Jodi Sta. Maria) scored one victory after another as Cenidoza’s Pearls’ board of directors voted to bring her back as the company faced questions about its operations, leaving Ellice (Iza Calzado) in agony and questioning her ability to run it. 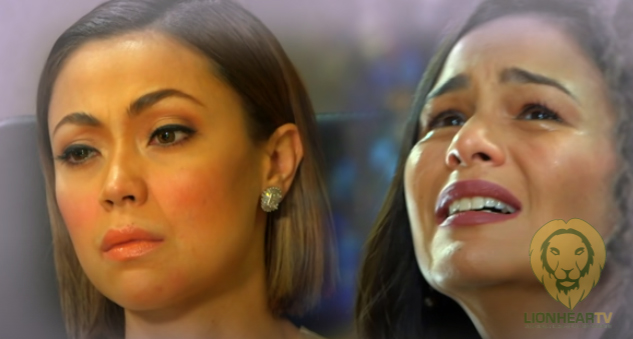 “Don’t rest on your laurels. Dahil hindi permanente ang pagbabalik mo dito. I will do everything in my power para paalisin ka ulit,” Ellice threatened Marissa upon her return.

Now one to back down, Marissa welcomed the challenge. “Bring it on, Ellice. Siguraduhin mo lang na hindi mo kakainin lahat ng sinabi mo,” she said.

Bringing Marissa back would prove wise as Ellice found herself unable to control a face-off with environmental groups that accused the company of wrongdoing.

Ellice’s woes started piling up as her once best friend moved quickly to fix what could have spelled the end for the company.

With Marissa showing proving once again her worth, will Ellice be able to redeem herself? Will the coming return of a man from Ellice’s past expose her own secrets?

A2Z channel 11 is available in Metro Manila and some parts of Cavite, Laguna, Quezon, Rizal, Bataan, Batangas, Bulacan, and Pampanga. It can also be accessed via cable TV at satellite TV nationwide.

Viewers can continue to follow the show from Monday to Friday, 8:40 PM on Kapamilya Channel on cable and satellite TV (SKYcable channel 8 SD and channel 167 HD, Cablelink channel 8, G Sat Direct TV channel 22, and in most channels operated by members of Philippine Cable and Telecommunications Association). The show is also on the Kapamilya Online Live YouTube channel and the ABS-CBN Entertainment Facebook page, as well as on the iWant app or iwanttfc.com. Viewers abroad can also catch it on The Filipino Channel on cable and IPTV.