After Harry Roque appealed to the public to stop asking and using #NasaanAngPangulo, Malacanang released a two-minute video showing the President in a chopper carrying out an aerial inspection of the flooded areas. 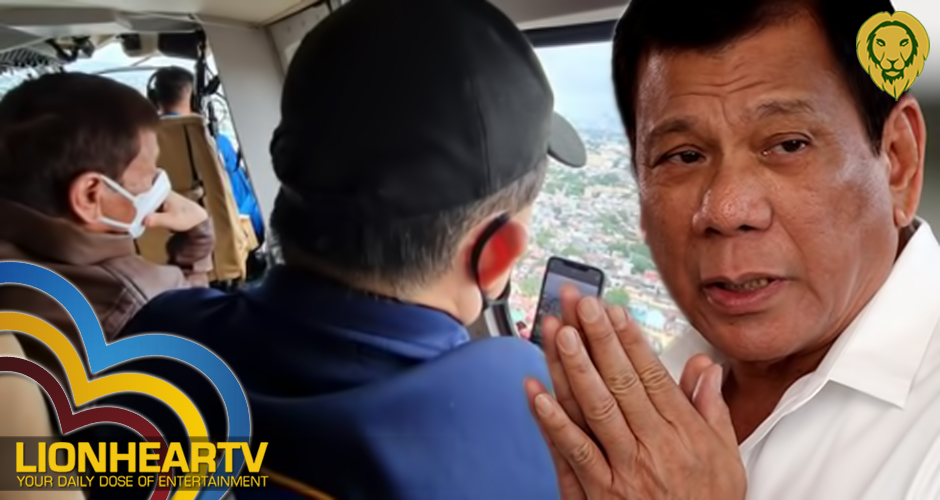 This caught the attention of some celebrities and personalities who reacted to Duterte’s presence through an aerial inspection.

Janine Gutierrez, who is known for her strong criticisms against the government, commented and compared the President’s aerial inspection to at  ‘seen-zoned’ message.

“This is the presidential equivalent of seen zoned.”

Agot Isidro, staunch Duterte critic, retweeted a news headline focusing on Duterte’s non-accountability and action during the surge and aftermath of Typhoon Ulysses.

The sick man is this country’s biggest disaster.

Other netizens also expressed frustration over Roque’s plea. They believe that if Duterte came up with a plan of even after the typhoon happened, people wouldn’t be looking for him and wanting him to be accountable.

PLEASE DUTERTE pakigalaw naman na ang baso PLEASE, PLEASE. This is not a joke anymore. People are drowning IN THEIR OWN HOMES. IMAGINE THAT?! NAKAKAIYAK PUTANGINA#TugegaraoNeedsHelp #RescuePH#CagayanNeedsHelp

After the hashtag #NasaanAngPangulo again became a top trending topic on Twitter during the onslaught of Typhoon Ulysses, Presidential Speaker Harry Roque pleaded for people to stop asking where the President is during disasters because he was still mindful of the situation and instructed government agencies to do what they can to assist the typhoon-affected Filipinos.

“People should not ask where the President is because the President is always on top of the situation. In this time of technology, he gets to know what is happening in the different areas of the country,” Roque said at a press briefing.

“The President is not missing. He is always with us, he is always thinking of the welfare of our countrymen.”

The Palace official also addressed why President Duterte was not present at the meeting of the National Disaster Risk Reduction and Management Council.

According to Roque, the President’s presence was not necessary since the Cabinet members who make up the council were there.

“He does not need to preside over the meeting because as you can see, all agencies, all departments are functioning and fulfilling their duties even if the President is not physically in the room.”

STOP WASTING VALUABLE RESOURCES LIKE GASOLINE FOR THE CHOPPER OR LIKE OXYGEN CAN YOU JUST IDK PLEASE STOP BREATHING??? THNX