As early as 2007, ABS-CBN was already regaining foothold in Mega Manila, after GMA Network unseated the media giant as the top tv network in the country in 2004, although it wasn’t until 2009—as reflected by the ratings of top-rated programs like May Bukas Pa, Tayong Dalawa, Only You, and PBB Double Up— when the Kapamilya Network started to completely recover its lead in Mega Manila, and further expanded its reach nationwide. 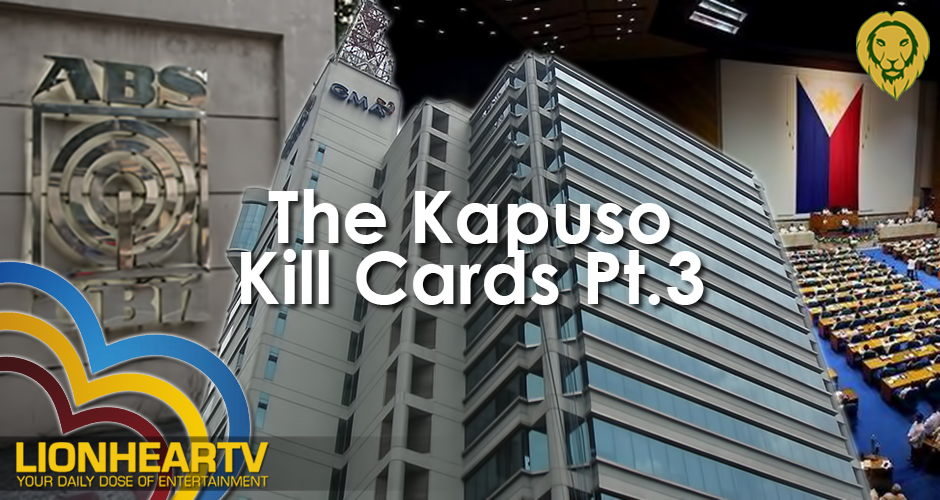 As GMA Network amped up its efforts to provide counter-programming, largely banking on reboots of its hit programs like Encantadia, Mulawin, Darna, and Marimar, ABS-CBN was again faced with a very strong contender.

It wasn’t until 2020, however, when GMA Network finally, and completely took the lead from ABS-CBN, and it wasn’t because the latter was left behind in tv ratings – it lost its license to operate on free television.

ABS-CBN’s struggle to secure a fresh 25-year franchise, ultimately became GMA Network’s most potent kill card to become the no.1 tv network in the country. Even months before its free tv shutdown, ABS-CBN’s lead over GMA Network was clear in both AGB and Kantar Media ratings charts, with popular Kapamilya programs such as FPJ’s Ang Probinsyano, TV Patrol, and It’s Showtime comfortably enjoying their wide advantages over their respective competitors in the rival network, but things ultimately went bad for ABS-CBN when the National Telecommunication (NTC) ordered the embattled broadcast giant to cease operations on free television.

ABS-CBN’s franchise renewal woes go back to as early as when President Rodrigo Duterte assumed office, in 2016. The former Davao City mayor, repeatedly vowed to do everything in his power to make sure the network wouldn’t have a fresh broadcast license, which happened to expire within his term.

Largely resulting from ABS-CBN’s failure to air some of his already paid political advertisements and airing of anti-Duterte ads during the 2016 Presidential campaign, such threats became the media giant’s biggest worry, in its bid to get another 25-year Congressional franchise.

On the 10th of July, 2020, the Congress rejected ABS-CBN’s application for a new franchise, thereby forcing the network to cease its free tv operations nationwide.

ABS-CBN’s departure from free TV has undoubtedly inordinately changed the local TV landscape, leaving more than a third of total tv viewership up for absorption by the remaining franchise-bearing tv networks. GMA Network, which used to be ABS-CBN’s closest rival, suddenly finds itself atop the competition, with an overwhelming advantage over its new biggest contender, TV5.

While ABS-CBN has recently just returned to free television via a blocktime deal with Zoe Broadcasting Network Inc., GMA Network now has the biggest coverage among all local tv stations and thus in full capacity to maintain its lead, without worrying of being overtaken by either TV5 or the re-emerging ABS-CBN, which is now only available via A2Z with a very limited reach.

There are persistent talks about the impact of ABS-CBN’s shutdown on GMA Network, in terms of ramping up its game in content production.

Among the top three TV networks in the country, GMA Network is evidently lagging behind ABS-CBN and TV5 in the past 9 months with most of its programming consisting of replays. The last few months has seen the return of regular shows and upcoming shows are also reportedly filming, which means that sooner or later, the currently no.1 TV network will catch up with its two nearest competitors.

Undoubtedly, ABS-CBN’s shutdown made a big chunk of advertising spending shift to GMA Network, although it has also exposed the outpour of adverts to the more contemporary platforms, including online streaming services such as YouTube, Netflix, Viu, and iWantTFC.

GMA Network, now, needs to explore these venues, should it aspire to keep traditional TV viewers from migrating to the now booming digital platforms.