Jake (Grae Fernandez) and Hope (Kira Balinger) have decided to run away together, feeling the weight of the never-ending war between their mothers Marissa (Jodi Sta. Maria) and Ellice (Iza Calzado). 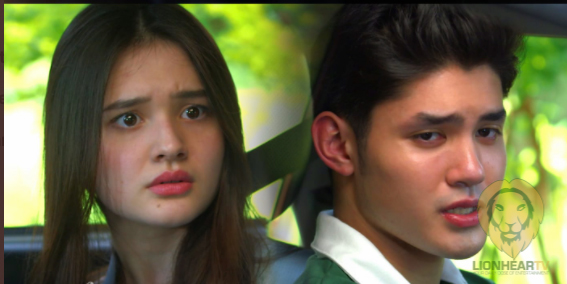 As Jake decided he could no longer support his mother’s plans of revenge against the Ceñidozas, he met up with Hope to tell her the heartbreaking truth that they are not siblings. He also revealed that Marissa believed it was Ellice who wanted her and Jacob killed 17 years earlier.

As he asked for Hope’s forgiveness, he also confessed his love for her, and asked her to run away with him. Hope was not easily convinced but her love for him prevailed and she agreed to the young man’s pleas.

Meanwhile, Ceasar (Simon Ibarra) is now bent on hurting Marissa for attempting to take all of Ellice’s shares in Cenidoza by having Jake killed.

Will Jake and Kira’s decision to run away bring a change of heart to Marissa and Ellice? Will Caesar succeed in his plans to kill Jake?

Tune in to the coming nights on “Ang Sa Iyo Ay Akin,” at 8:40 PM on A2Z channel. Digital TV box users can scan and look for A2Z channel in Metro Manila and in some parts of Cavite, Laguna, Quezon, Rizal, Bataan, Batangas, Bulacan, and Pampanga.

Viewers can continue to follow the show every Monday to Friday on Kapamilya Channel on cable and satellite TV (SKYcable channel 8 SD and channel 167 HD, Cablelink channel 8, G Sat Direct TV channel 22, Cignal channel 22, and in most channels operated by members of Philippine Cable and Telecommunications Association).