Cai had a surprising change of heart as she decided to finally go home with the Magbanuas to take care of her real mother, Monica (Nikki Valdez) last Friday in “Bagong Umaga.”

Despite showing concern for Monica, Cai could not convince Tisay, Ely (Tony Labrusca), Angge (Michelle Vito) and Dodong (Yves Flores) who all continue to doubt her motives.

On the other hand, Tisay now feels that Jose and Monica are beginning to appreciate her less, even if it was she who pushed Cai to reconcile with her real parents.

But to Ian (Cris Villanueva) and Maggie (Sunshine Cruz), Tisay is now more than welcome to come home.

Meanwhile, the court has started hearing the kidnapping and frustrated murder case against Diana has started. But it will not be an easy battle as Diana’s camp submitted a temporary insanity defense.

Now, they need the help of Otep (Kiko Estrada) whom they want to testify against his mother.

Will Otep give in to the pleas of his friends? Will Cai’s real motivations for coming home to take care of her mother unravel soon? 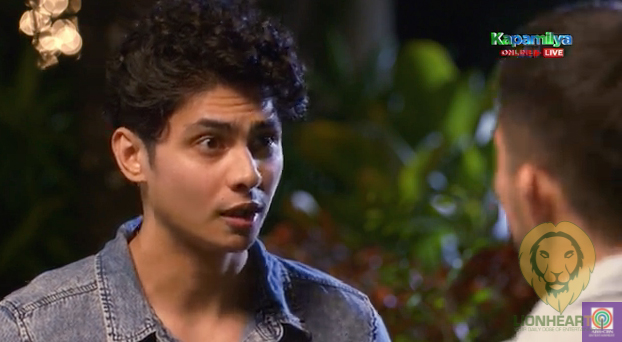 Watch the exciting developments in “Bagong Umaga,” which airs from Monday to Friday, 2:30 PM on Kapamilya Channel on cable and satellite TV (SKYcable channel 8 SD and channel 167 HD, Cablelink channel 8, G Sat Direct TV channel 22, and in most channels operated by members of Philippine Cable and Telecommunications Association).

It is also available on A2Z channel 11, which is available in Metro Manila and in some parts of Cavite, Laguna, Quezon, Rizal, Bataan, Batangas, Bulacan, and Pampanga. It can also be accessed via cable TV at satellite TV nationwide.

The show is also on the Kapamilya Online Live YouTube channel and the ABS-CBN Entertainment Facebook page, as well as on the iWant app or iwanttfc.com. Viewers abroad can also catch it on The Filipino Channel on cable and IPTV.