Set to star in some of his home Network’s most anticipated projects this year, Donny Pangilinan is undoubtedly poised to take the spotlight and become a premier leading man. 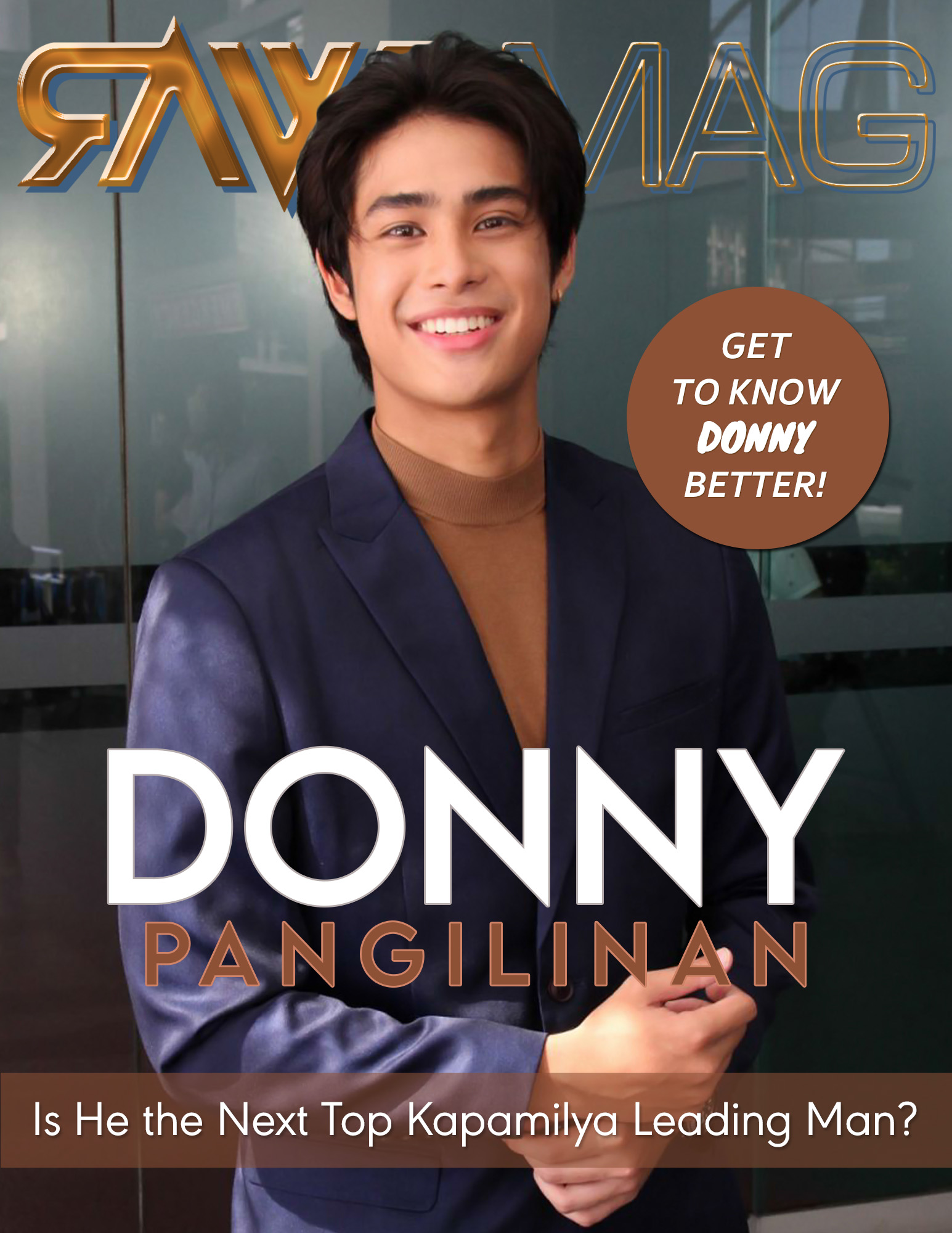 Barely half a decade in the industry, there have been more stellar developments in Pangilinan’s career, than most of his contemporaries. His pace is no doubt sensational. Having only started with his acting career in 2018, now, bigger projects are underway for the up-and-coming Star Magic talent. It no longer sounds outlandish to say he will only get bigger in the next few years to come.

Born Donato Antonio L. Pangilinan, to parents Maricel Laxa and Anthony Pangilinan. The 22-year-old Kapamilya star traces his acting career back to the 2018 film, Walwal, where he first worked, along with then Kapamilya artist Kisses Delavin, whom he worked in subsequent projects.

As mentioned, Donny first ventured into acting in 2018, via the Regal Entertainment teen-oriented film, Walwal. In the coming-of-age film, he starred alongside fellow young stars Jerome Ponce, Elmo Magalona, Kiko Estrada, Devon Seron, and Kisses Delavin. It was in the same year when he officially signed up for ABS-CBN’s talent management arm, Star Magic, with which he would stay for the next three years.

Other than Walwal, Donny also starred in films like To Love Somebuddy and Fantastica; appearing in a total of three movies in 2018, alone. The following year, his onscreen partnership on television with Delavin was put to test via the Zanjoe Marudo and Angelica Panganiban daytime drama, Playhouse.

Following Delavin’s departure from ABS-CBN, Pangilinan began exploring other venues for his career. In 2019, for example, he appeared in the Vice Ganda and Anne Curtis movie, The Mall, The Merrier. For the iWantTFC anthology series, Alamat ng Ano–he headlined the F3 episode, with Kira Balinger, while for the legal drama anthology, Ipaglaban Mo, he appeared Dayuhan episode.

Pangilinan took on his first title role in a movie, via the Star Cinema feature, James, Pat, and Dave, where he served as a third-party between the characters played by the onscreen and offscreen couple–Ronnie Alonte and Loisa Andalio. Following the shutdown of ABS-CBN as a free-to-air television network, he explored opportunities in TV5, where he co-hosted the Sunday noontime musical variety program, Sunday Noontime Live. He came back, however, to his home Network, just a few months later. He then affirmed his commitment to ABS-CBN as a Kapamilya star by inking another management contract with Star Magic.

On the heels of signing anew with ABS-CBN, Pangilinan faces a bright future, as big projects are lined up for him. He embarks on a new partnership with the young Kapamilya actress, Belle Mariano, with whom he is expected to work with, as his new onscreen partner. There is much excitement mounting for the team-up, and fans have been rallying for DonBelle—their loveteam—with massive support, which is evident in the results of the pilot RAWR Pulse Poll, where netizens are asked who they think will dominate 2021, as the biggest new love team, and there answer—DonBelle.

For a newbie, much progress has already happened to Pangilinan’s blossoming career. But it isn’t just the progress that excites fans and observers, but also the overwhelming promise that suggests his soaring further in the business. What keeps this promise, reliable, however, is the young actors’ unmistakable brilliance that is being illuminated by his talent and skills, that have so far taken off, in various platforms, including film, movie, and recording, proving he’s not merely an emerging star, but more importantly, a promising multimedia leading-man.

In 2021, as his on-screen team-up with the talented and young actress, Belle Mariano, takes off, he will be taking on some of his most important roles to date. Sometime this year, He’s Into Her, the adaptation of the smash web novel with the same title, makes its anticipated debut on the web streaming service, iWantTFC, pre-empting its television premiere, that is expected to be seen on Kapamilya Channel, and the free-to-air channels, A2Z Channel 11 and TV5. It is also within the year, that the on-screen couple will have their launching film, set to be helmed by the phenomenal box-office director, Cathy Garcia Molina, who directed the current highest-grossing Filipino movie, of all time, a testament to titanic projects the two are set to pull-off together.

Truly, the spotlight is well-above Donny Pangilinan. He is the next top Kapamilya leading man, a truth that will be proven by the inevitable success of his partnership with Mariano, their upcoming series, and the mammoth movie project they are slated to star in, under the directorship of the one-and-only, Cathy Garcia-Molina. The future looks bright for Pangilinan, and it’s easy to get convinced that it will continue to be so, for an indefinite period.