Klarisse De Guzman delivered a flawless performance as Jaya to notch her first win on “Your Face Sounds Familiar Season 3.” 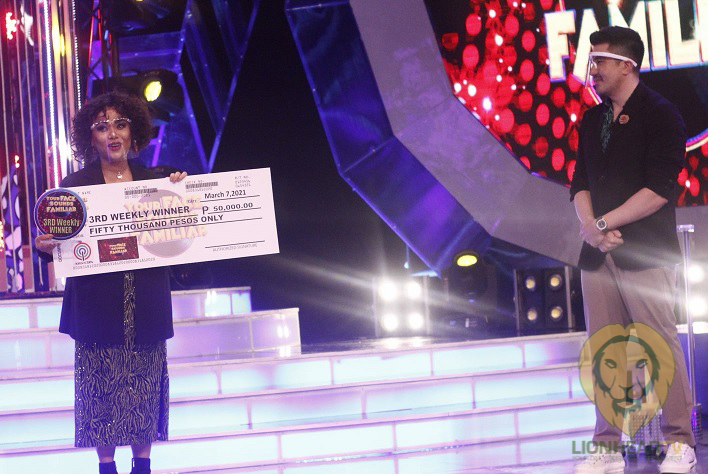 The “Soul Diva” nailed the vocals and the look of the “Queen of Soul” to become the third weekly winner of the hit musical variety competition airing every weekend on Kapamilya Channel, A2Z, Kapamilya Online Live, and iWantTFC.

Also getting high marks last weekend from the jury composed of Gary V, Ogie Alcasid, and Sharon Cuneta were Vivoree Esclito, who performed as Camilla Cabello, and CJ Navato, who took the stage as Rico J. Puno.

This weekend, Klarisse will put on her dancing shoes again as she takes on American pop superstar Britney Spears. Vivoree, meanwhile, will transform as Kim Chiu, CJ will perform as Justin Bieber, Christian Bables will do Vina Morales, Jhong Hilario will channel Tina Turner, and Geneva Cruz will be Dua Lipa.

Completing another star-studded line-up are the iDolls, who will perform as Pink, Mya, and Christina Aguillera, while Lie Reposposa will transform to Donna Summer. 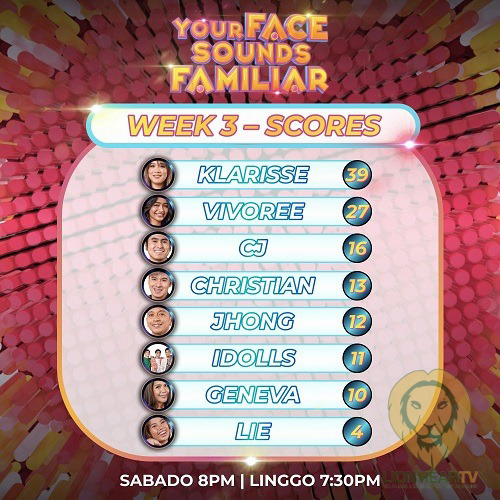 Don’t miss the great performances, amazing transformations, and the fun and laughter on “Your Face Sounds Familiar Season 3” with the celebrity performers, host Luis Manzano, the jury, and celebrity mentors Jed Madela and Nyoy Volante every Saturday at 8 pm and Sunday at 7:30 pm on Kapamilya Channel, A2Z, Kapamilya Online Live, and iWantTFC. Also catch the “KaFamiliar Online Live” show with Darren Espanto and AC Bonifacio on Kapamilya Online Live during the show’s commercial breaks.