MANILA, APRIL 2021 – Wonder Woman is back to ignite the hero in all of us. From director Patty Jenkins and starring Gal Gadot in the title role, Wonder Woman 1984 premieres exclusively in the Philippines on HBO GO from 21 April.

This new chapter in the Wonder Woman story finds her riding lightning across the sky, donning wings of gold, and chasing a dream while in pursuit of two new formidable foes: Maxwell Lord and The Cheetah. Set in the vibrant, sleek 1980’s, this epic actioner takes audiences on an adventure through the not-too-distant past and our hero on a journey that spans the globe.

In addition to upping the ante and the action with a high-stakes global challenge for the DC Super Hero that’s both physical and emotional, the production would cover a good deal of ground. “The global footprint of this film is one of the largest I’ve ever worked on,” producer Charles Roven relates. “We also were able to shoot on both 35mm film and 65mm IMAX, which is always really exciting as it creates a true sense of spectacle and is one of the most immersive mediums in film today.”

From bustling cities to exotic locales, discover the places that helped bring Wonder Woman 1984 to life.

Washington, DC, 1984: Diana Prince is living quietly among mortals and working as an anthropologist and archaeologist, curating ancient artifacts at the Smithsonian. No longer new to the superhero game, she is operating at full strength but keeping a low profile. 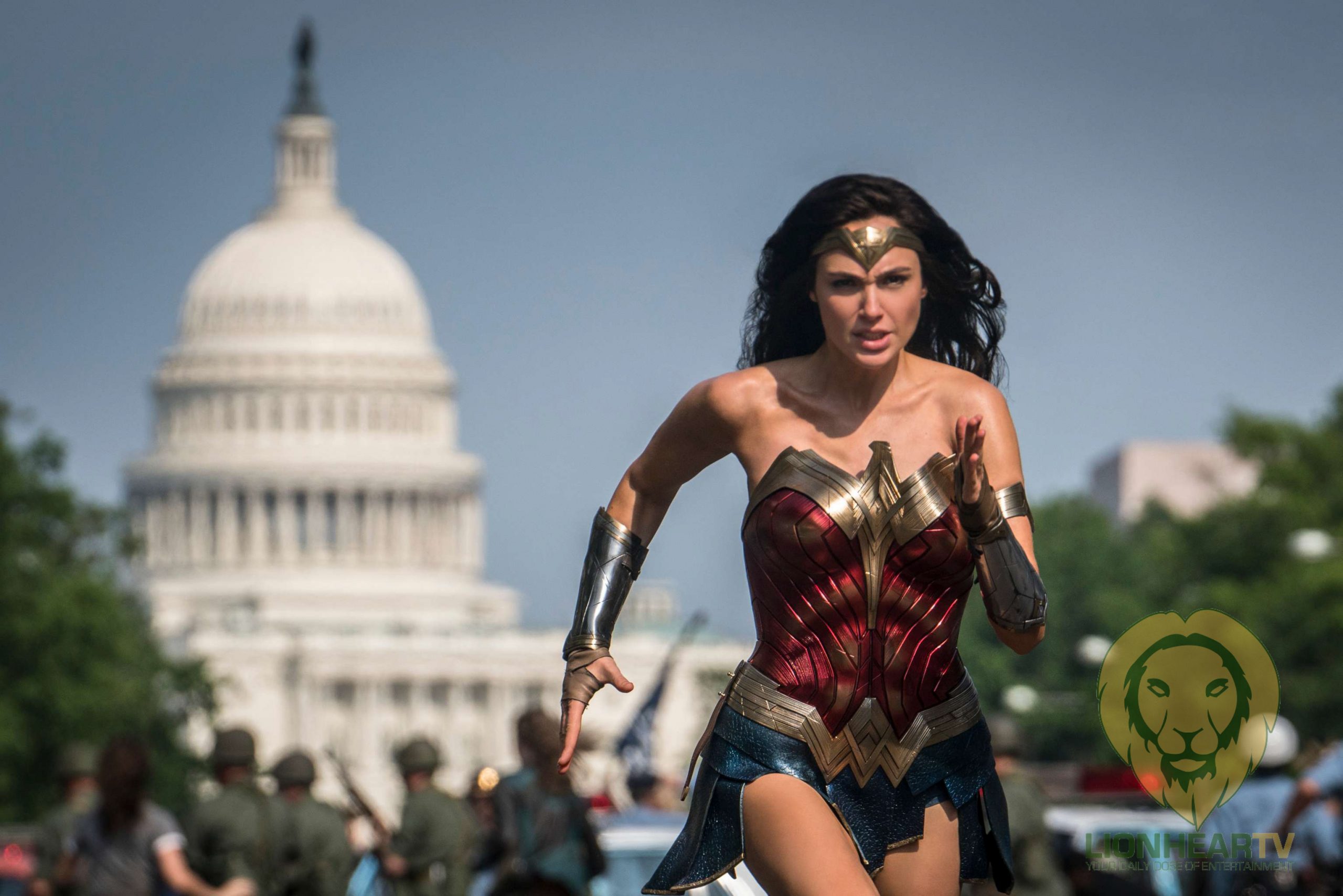 Shooting in Washington DC however, posed a unique set of complexities. According to producer Stephen Jones, “DC is an interesting place to film. There are several different authorities you have to deal with depending on whether it’s a building, a footpath, a park, a road. But our terrific locations department made it work.”

The filmmakers credit the Washington Film Office with helping them through the maze of agencies and permits required and making it possible to film at or near the Lincoln Memorial, the Smithsonian, the Federal Triangle, Georgetown’s Hirshhorn Museum, at a foreign embassy, a subway station, and McPherson Square, which doubled for the always-hectic Dupont Circle, and even closing down a small portion of Pennsylvania Avenue for two days.

Once shooting in Virginia and DC was completed, cast and key crew then headed to the Warner Bros. Studios, Leavesden in England for soundstage work. There, the crew recreated the interiors of the White House Oval Office and the Smithsonian Museum.

Spain and The Canary Islands

The production travelled to Spain, including the Canary Islands off the coast of Morocco, to film several sequences, including those that take place in Cairo and at Emir Said Bin Abydos’s palace, and the massive Amazon Games sequence taking place on Diana’s home island of Themyscira. Southern Spain proved very flexible, providing for an Egyptian landscape, with its Moorish architecture and the striking Alcazaba of Almería; in the Canaries, shooting was divided between the two largest islands of Tenerife and Fuerteventura.

Built in the tenth century by the Caliph of Cordoba, Abd al-Rahman III, the Alcazaba was a small, walled medina: a city complex that included royal and private residences, soldiers’ quarters, a mosque, bath houses, storage rooms, a public square and government offices. For the film, it served as the location of the Emir’s palatial compound and provided a view of the city of “Cairo” and the country beyond. The nearby Calle Cruces Bajas stood in for a street in the Egyptian capital. The island of Tenerife filled in for the mountainous race path along which Diana and the Amazons compete. Mainly shot in the Valle Olvido (ominously known as the “Valley of Death”), the road consisted of a single-lane track going down to a dead end. Therefore, maneuvering 150 to 200 crew members into the location—as well as several horses involved in the competition— was a logistical challenge made even more so by the heavy 65 mm IMAX cameras used to capture the incredible sequence.

The stadium portion of the Amazon Games, where scores of Amazons cheer on the competitors, was shot on nearby Fuerteventura. The complexity of the Games was matched only 14 by another shoot in this location, where a convoy battle takes place on the outskirts of Cairo. The filmmakers referred to it as the open-road sequence, and it is a key example of Jenkins’ desire to shoot as much as possible in-camera. The filmmakers were thankful, then, to the island of Fuerteventura for allowing the production to shut down a major road for several weeks in order to plan, rehearse and film.

Stream or download Wonder Woman 1984 on HBO GO. Download the app at the App Store or Play Store on your device. You can also access HBO GO via Cignal, Globe and Skycable or at https://www.hbogoasia.com/. HBO GO can be accessed via Android TV, Apple TV, LG TV and Samsung Smart TV – and comes with AirPlay and Google Cast functionality.