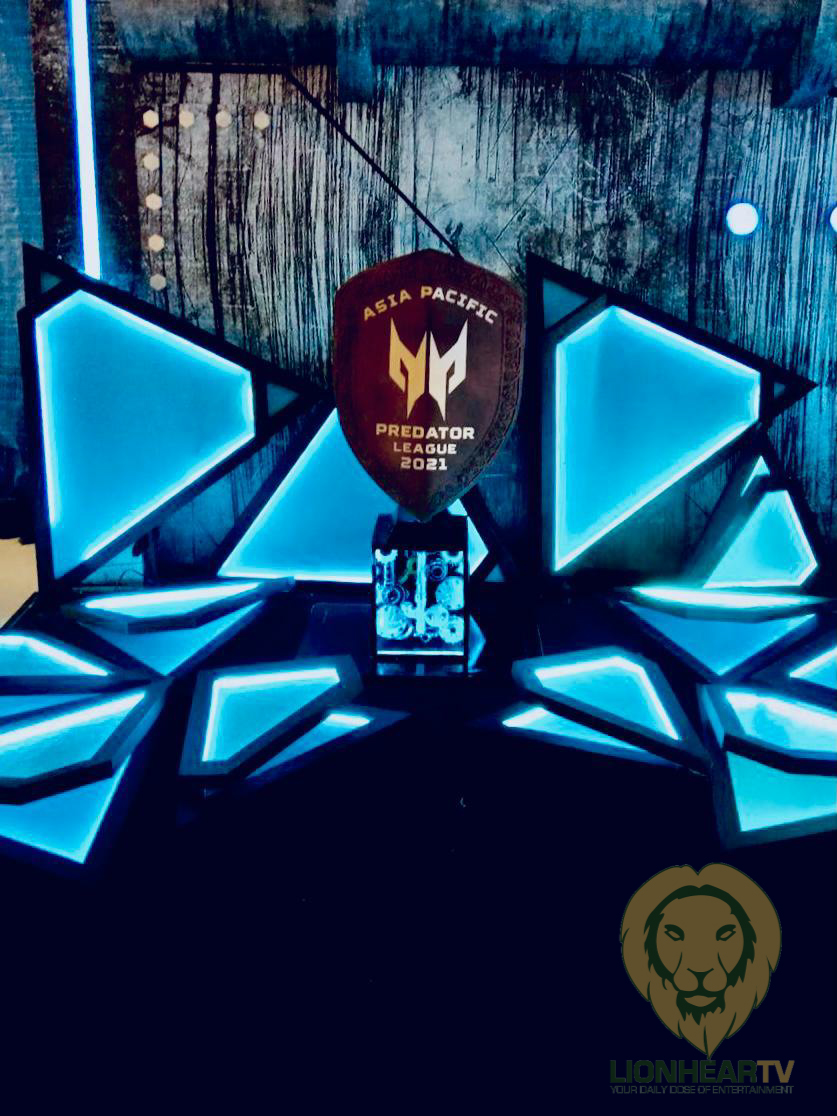 This year, the finals were divided into four sub-tournaments: two for Dota 2 and two for PLAYERUNKNOWN’S BATTLEGROUNDS (PUBG). The four winning teams will share a prize pool of USD 240,000 and receive the coveted Predator shields.

Dota 2 Highlights
The Predator League 2020/21 Dota 2 Asia lower bracket final saw Team Veteran, a team representing Myanmar, grind their way past The Council from Bangladesh. They capitalized on connectivity problems of The Council, as their midlaner L3N was disconnected throughout the match. This forced J1N to toggle between two mechanically-centric heroes namely Visage and Chen. 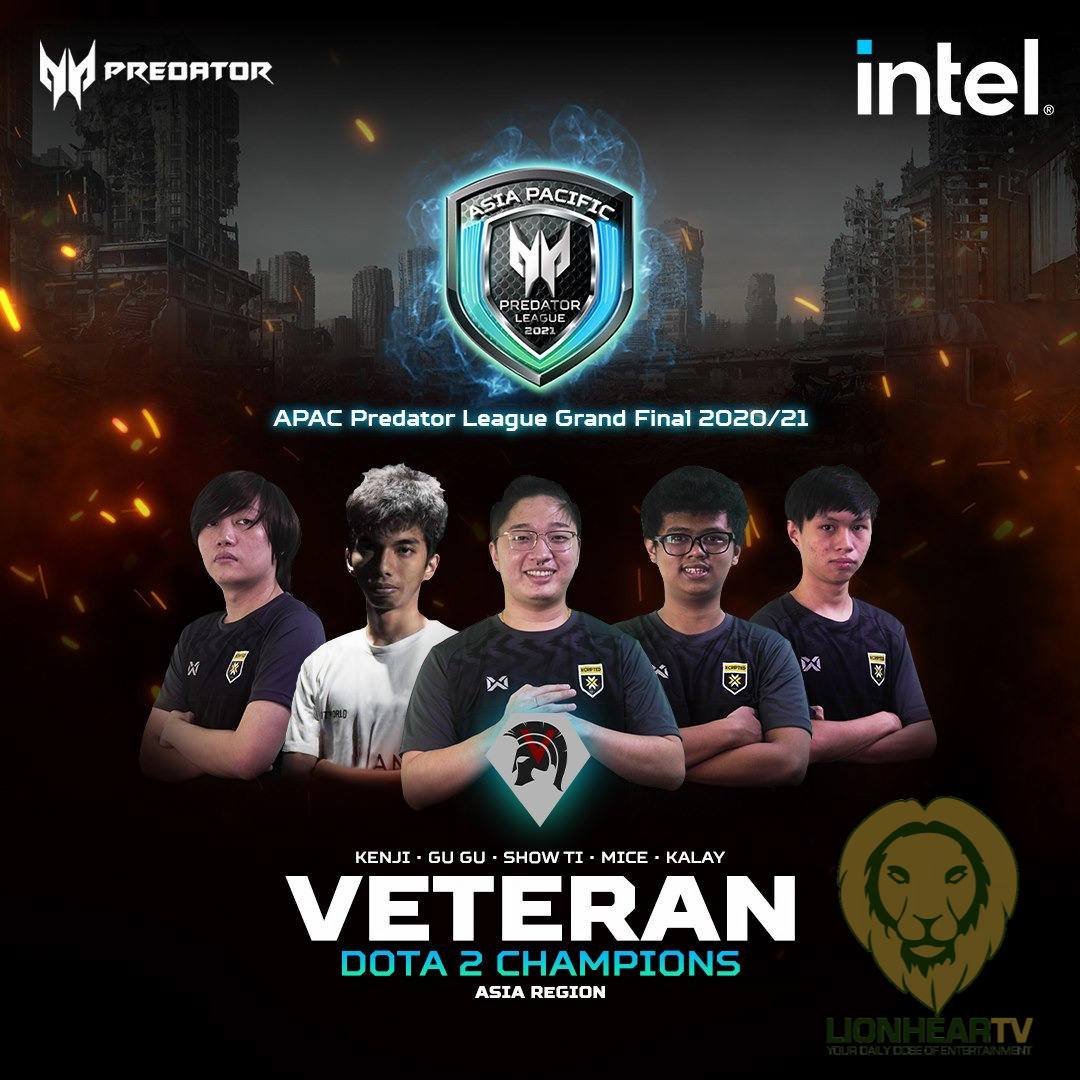 Team Veteran’s victory brought them to the grand final where they fought IMG, a team representing Mongolia. IMG were considered favorites given their undefeated streak and the leadership of Ravdan “Hustla” Narmandakh. However, Team Veteran stood their ground, kicked off by Kalay99’s Pangolier play during game one and a surprise wombo combo in the 29th minute of game three. 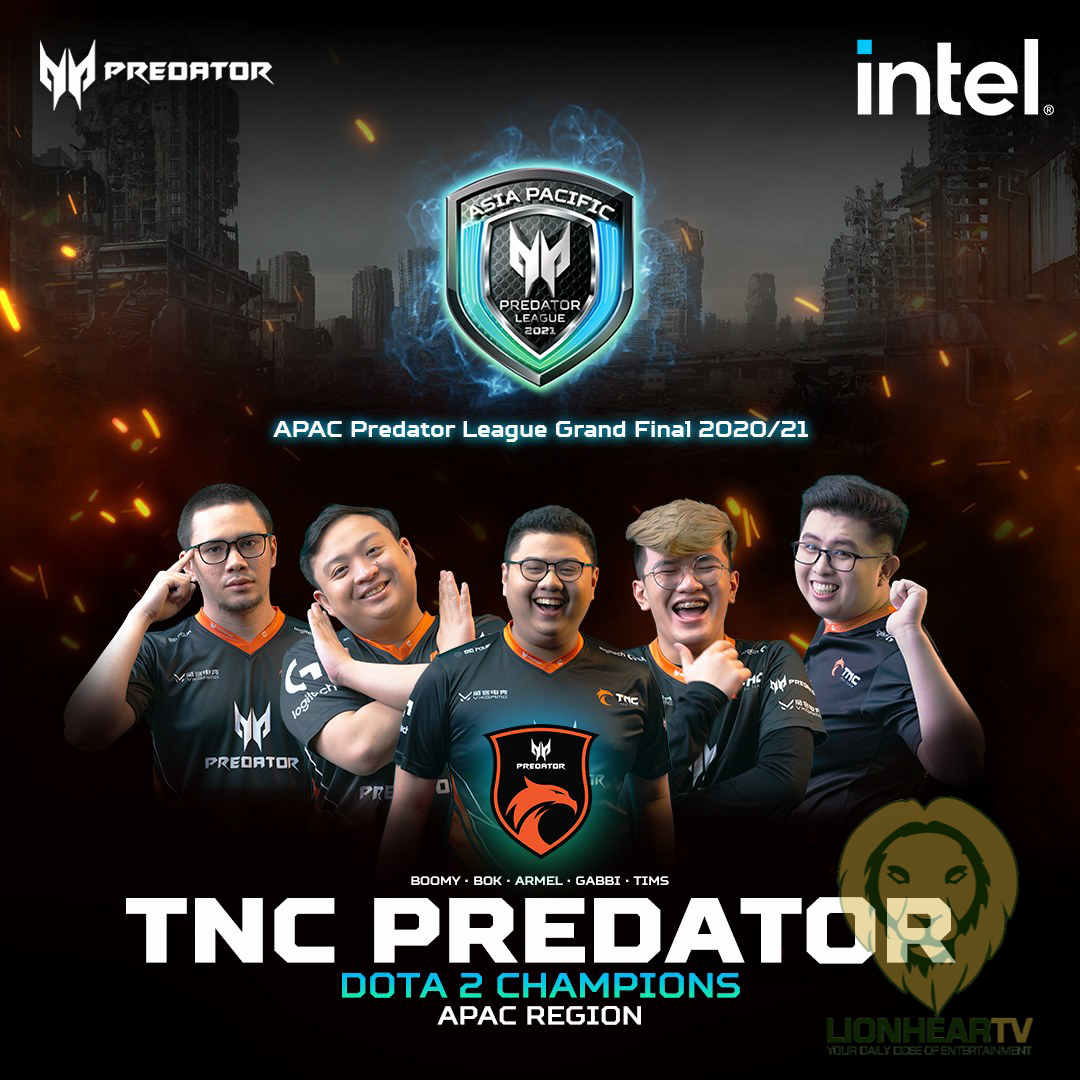 On the other hand, the Predator League 2020/21 Dota 2 APAC lower bracket final saw TNC Predator breeze their way past BOOM Esports from Indonesia. TNC Predator proceeded to the grand finale, facing their fellow representatives Neon Esports, who had pummeled them in a previous matchup.

In their grudge match, TNC outclassed and outplayed Neon, sweeping them in most teamfights. Marvin “Boomy” Rushton’s shotcalling and drafting prowess decided the series.

PUBG Highlights
As for the PUBG Asia sub-tournament, three representatives from South Korea took center stage, but ultimately it was DWG-KIA who came out on top thanks to their second place finishes in rounds 11 and 12 as well as GPS Ghibli’s downfall. DWG-KIA’s calculated decision to weaken GPS Ghibli by bombarding them after the parachute drop in round 11 and Ghibli’s massive vehicular disaster in round 12 sealed the victory. 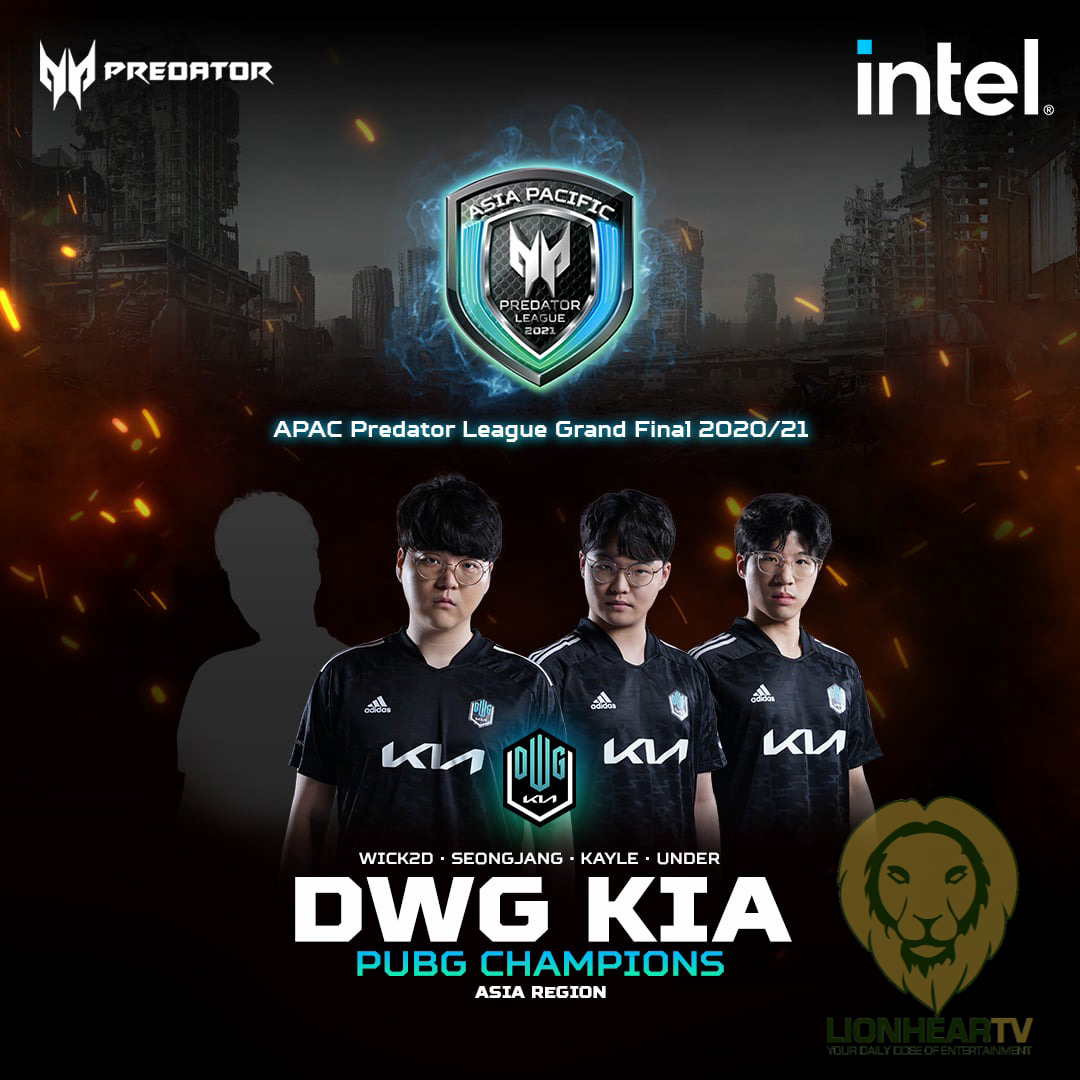 Overall, DGW-KIA earned 142 points after 12 rounds in Erangel and Miramar. Their efforts yielded USD 37,500. GPS Ghibli’s performance led to 122 points and a second-place finish, securing USD 15,000. In third place, Danawa E-sports rallied to a chicken dinner victory in round 12, giving them USD 7,500. 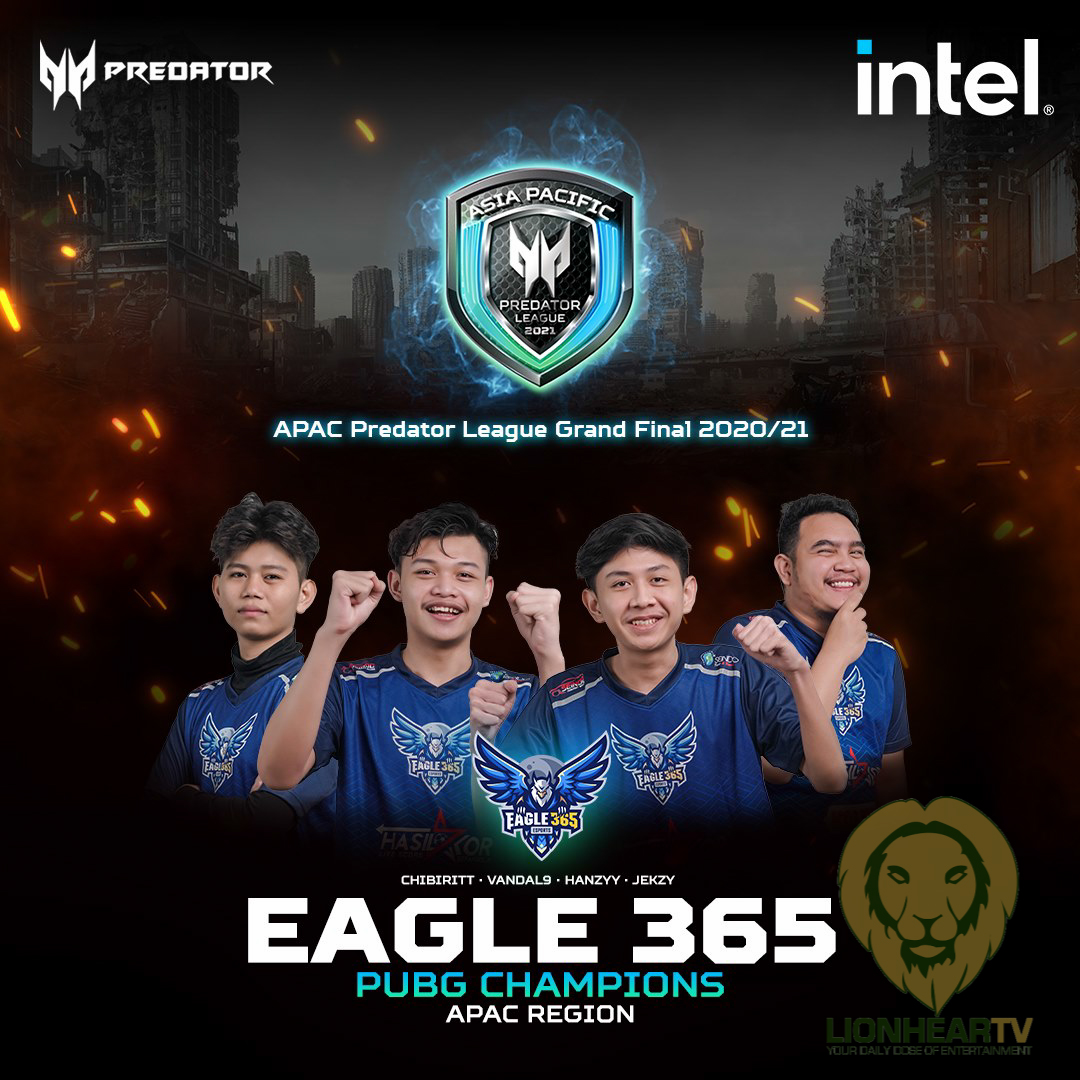 Meanwhile in the PUBG APAC sub-tournament, Eagle 365 from Indonesia steamrolled the scene as they comfortably dominated the top spot with their 125-point tally. Besides the Predator League trophy, they also brought home USD 37,500.

The second and third seed spots were attained by Cerberus and “No.1” of Vietnam, respectively.

Cerberus capitalized on ArkAngel’s unexpected performance by securing a chicken dinner victory in round 10 and a fourth-place finish in round 12, giving them 104 points. They finished second, bagging USD 15,000. 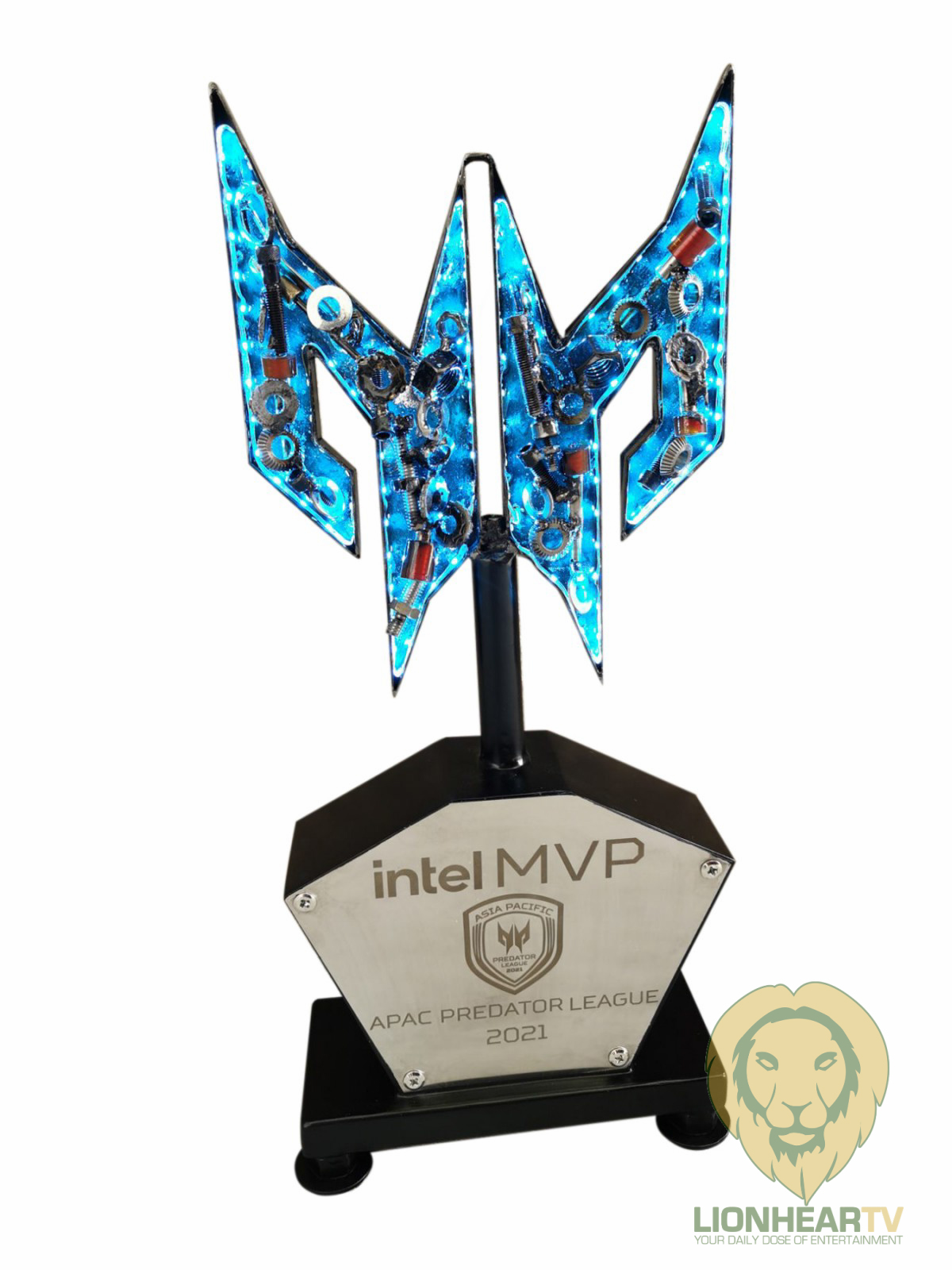 Following this successful run, it was also announced that Japan will be the host for the APAC Predator League 2022 Grand Finals.

*The total prize pool for the qualifiers and winners of the four sub-tournaments is US$400,000.