Digital powerhouse GMA Public Affairs (GMA PA) forges ahead as one of the Philippines’ biggest and most followed content creators, recently reaching 15 million subscribers on YouTube. 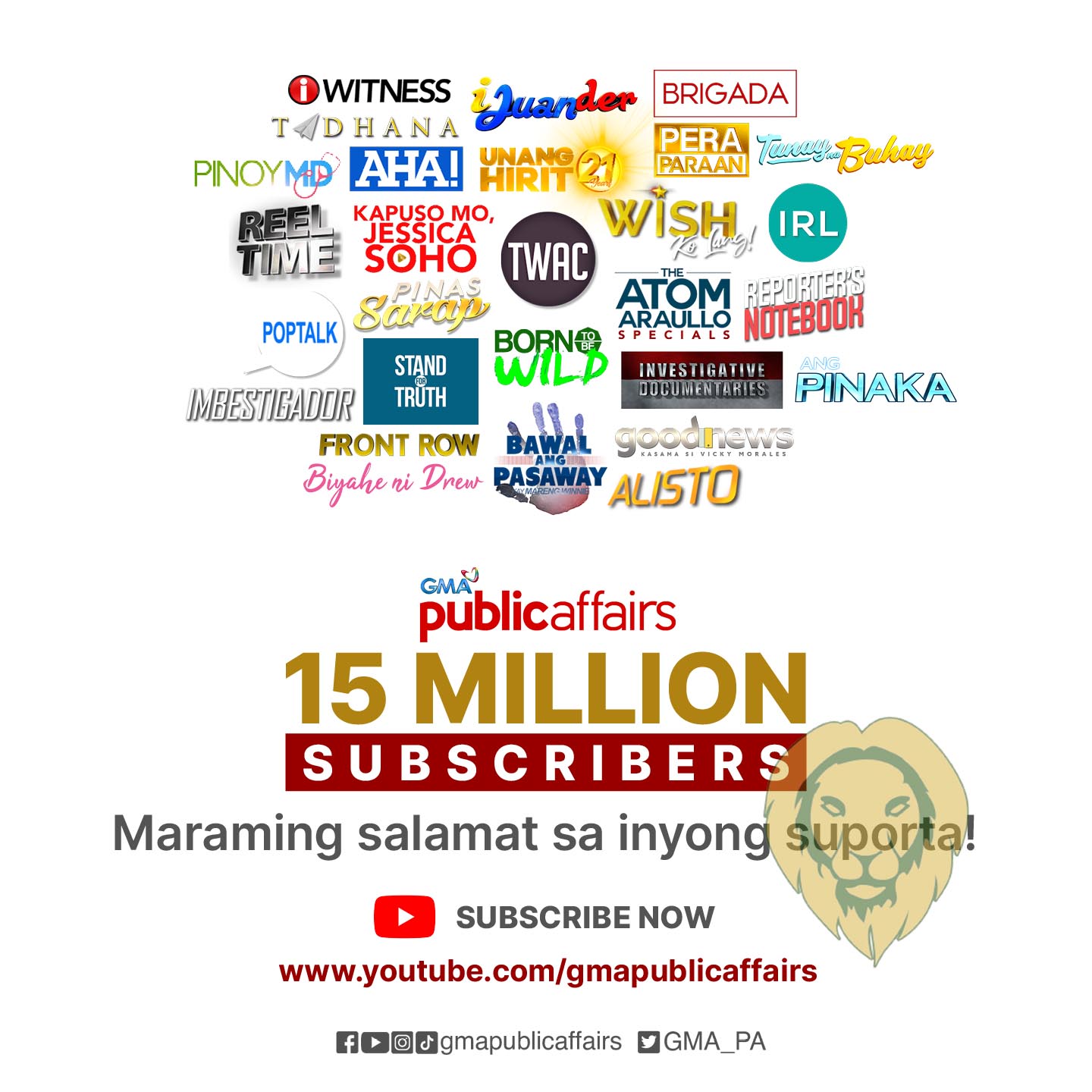 With its wide array of videos that range from previously aired documentary, docudrama, news magazine, lifestyle TV shows, to short-form journalism and explainers, GMA Public Affairs continues to attract new viewers and subscribers on its YouTube channel. From April 2020 to date, it tallied a total of 2.8 billion views. The YouTube channel also recorded 264 million hours of watched videos as of this writing.

GMA Public Affairs also remains ahead of ABS-CBN News, which only has 12.1 million subscribers and 1.9 billion views from April 2020 to date.

On top of netizens from the Philippines, the said YouTube channel has viewers coming from various parts of the globe including the United States, India, Indonesia, Saudi Arabia, UAE, Canada, Malaysia, Japan, Vietnam, Kuwait, Australia, United Kingdom, Italy, and Thailand.

Last month, GMA Public Affairs launched its online campaign “#JabWellDone” which encourages more Filipinos to get vaccinated against COVID-19 and to help curb the spread of the virus. The campaign organically reached over 8 million users on Facebook alone during the first week of its launch.