Netizens got excited about the rumors that surfaced on facebook that actress Liza Soberano expressed her willingness to join the prestigious pageant next year if the country’s bet Rabiya Mateo failed in her bid for the 69th Miss Universe crown.

Such rumors circulated when a facebook page namedropped Soberano and posted that the young actress has intentions of representing the Philippines in the next Miss Universe competition.

Did Liza Soberano write those posts?

Talent manager Ogie Diaz took to social media and clarified that these claims were false. He is aware that many are encouraging Soberano to join the Miss Universe-Philippines because they saw great potentials in Soberano as a sure winner; given her features.

I love how she composed this disclaimer, with humility (and tongue in cheek humor) while also expressing her gratitude for those who are rooting for her to join the pageant. pic.twitter.com/3FmPuRGHkN

When the rumors reached Soberano, she posted on her Instagram story and sought help from her followers to report the facebook page who is pretending to be her. 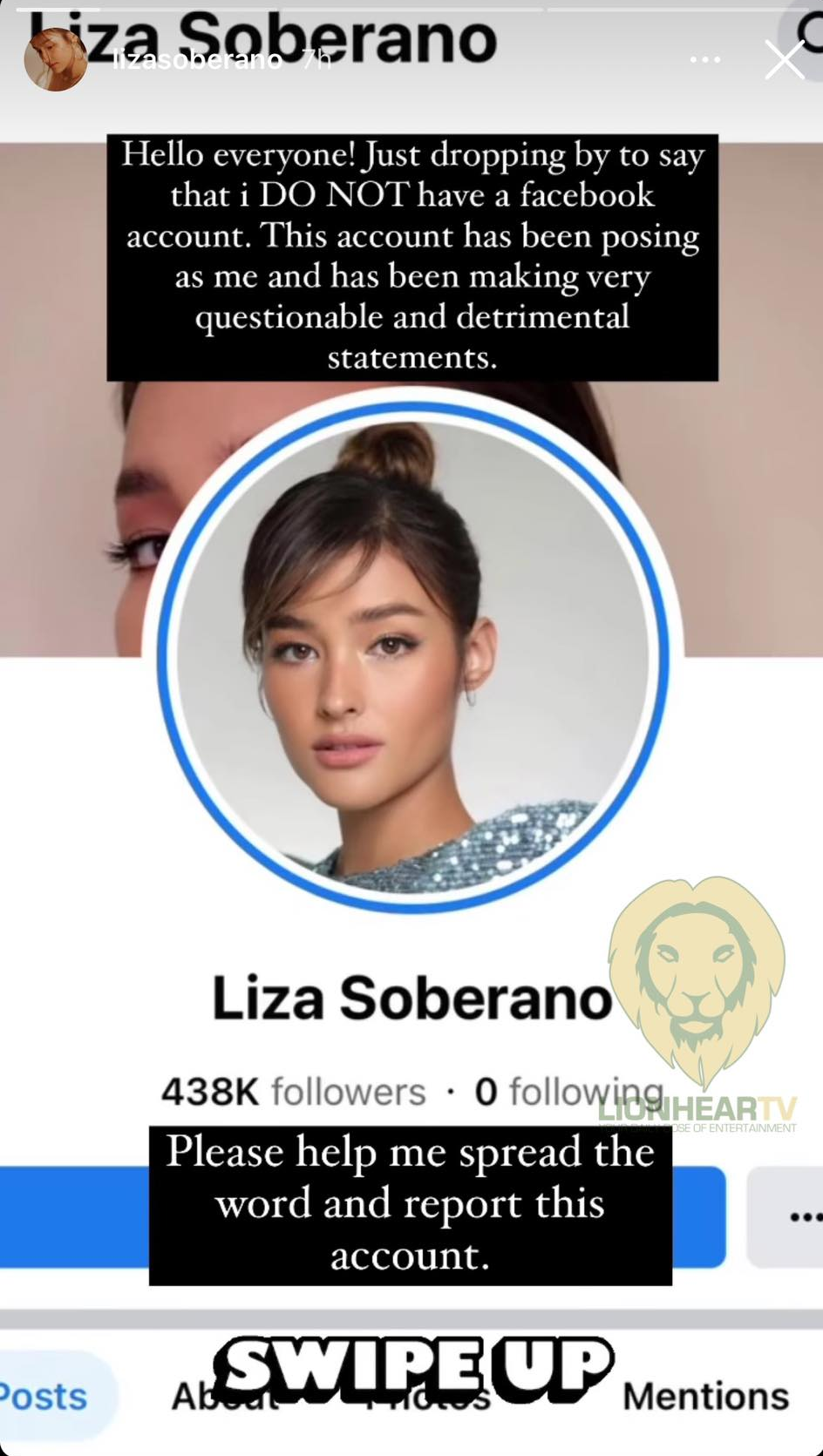 She expressed how grateful she is to receive comments saying that she should consider joining Miss Universe. However, for her, pageantry isn’t her thing.

She pointed that she is an introvert and that the idea of standing on a stage facing a huge audience is somehow terrifying. 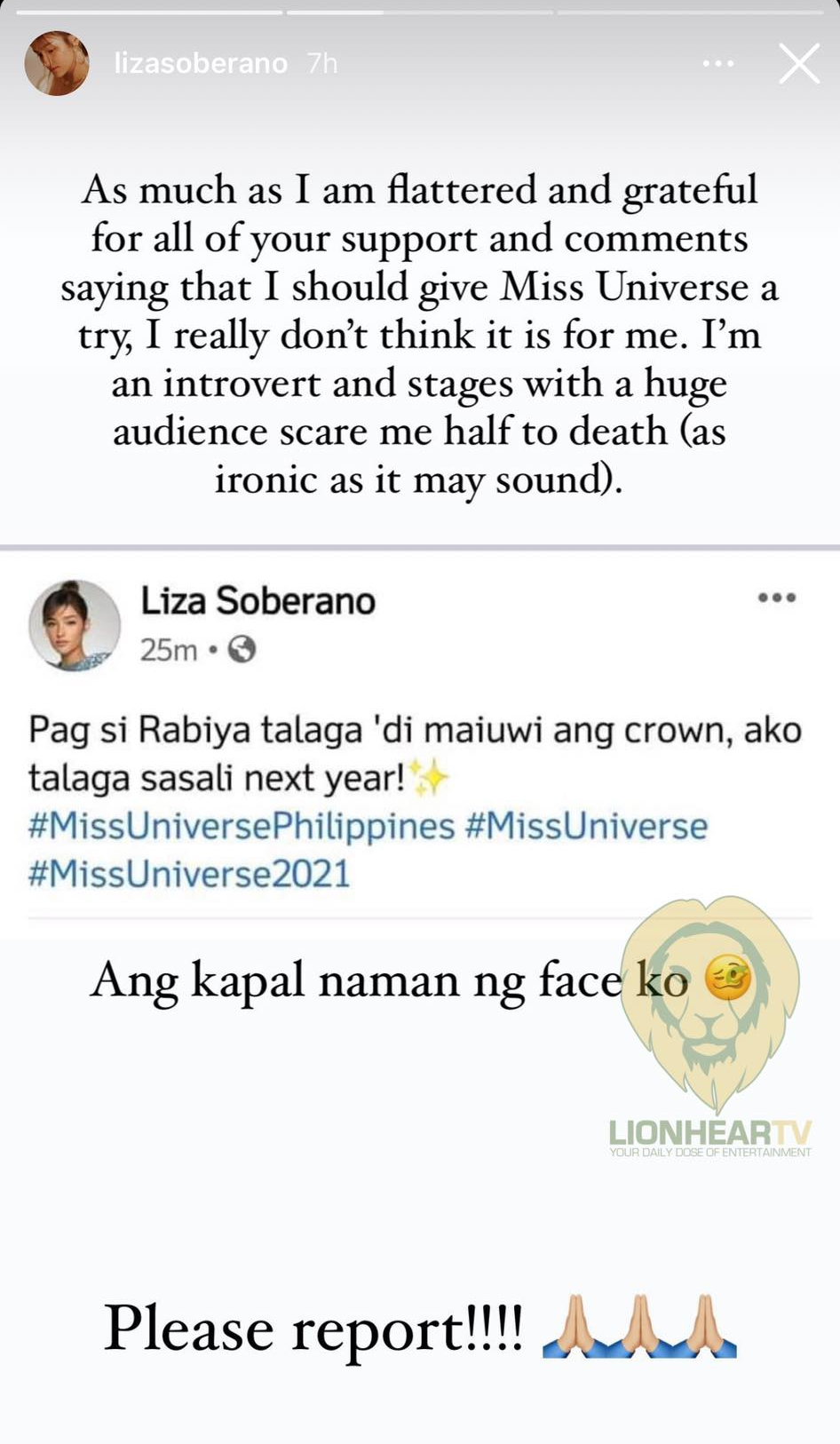 In the country, she is considered as one of the most beautiful faces and got hailed as the Top 1 World’s Most Beautiful Faces in 2017.

Many are rooting for her to take a chance in pageantry. Her name even landed on the wishlist of candidates made by some pageant enthusiasts.

Miss Universe 2018 Catriona Gray once stated that she felt Soberano would make a wonderful representative for the country in international pageants.

Back in 2017, Soberano played the role of Wurtzbach in an episode of Maalaala Mo Kaya that featured the life story of the country’s third Miss Universe.

On the other hand, Miss Universe Philippines Rabiya Mateo ended her 69th Miss Universe journey in the Top 21 finalists. She failed to advance to the next cut–the Top 10 semi-finalists.