After the love between Jun Ji-hyun and the alien Kim Soo Hyun in My Love from the Star took Asia by the storm, the Korean legendary creature “Gumiho” (Nine-tailed fox) falls in love with a girl 977 years younger than him in iQiyi’s first K-drama series My Roommate Is a Gumiho! Adapted from 9.9 score popular Korean webtoon, the upcoming series features Jang Ki-yong that perfectly embodies the mythical character. After her appetite creates a big trouble, is marriage the only solution for Lee Hye-ri? 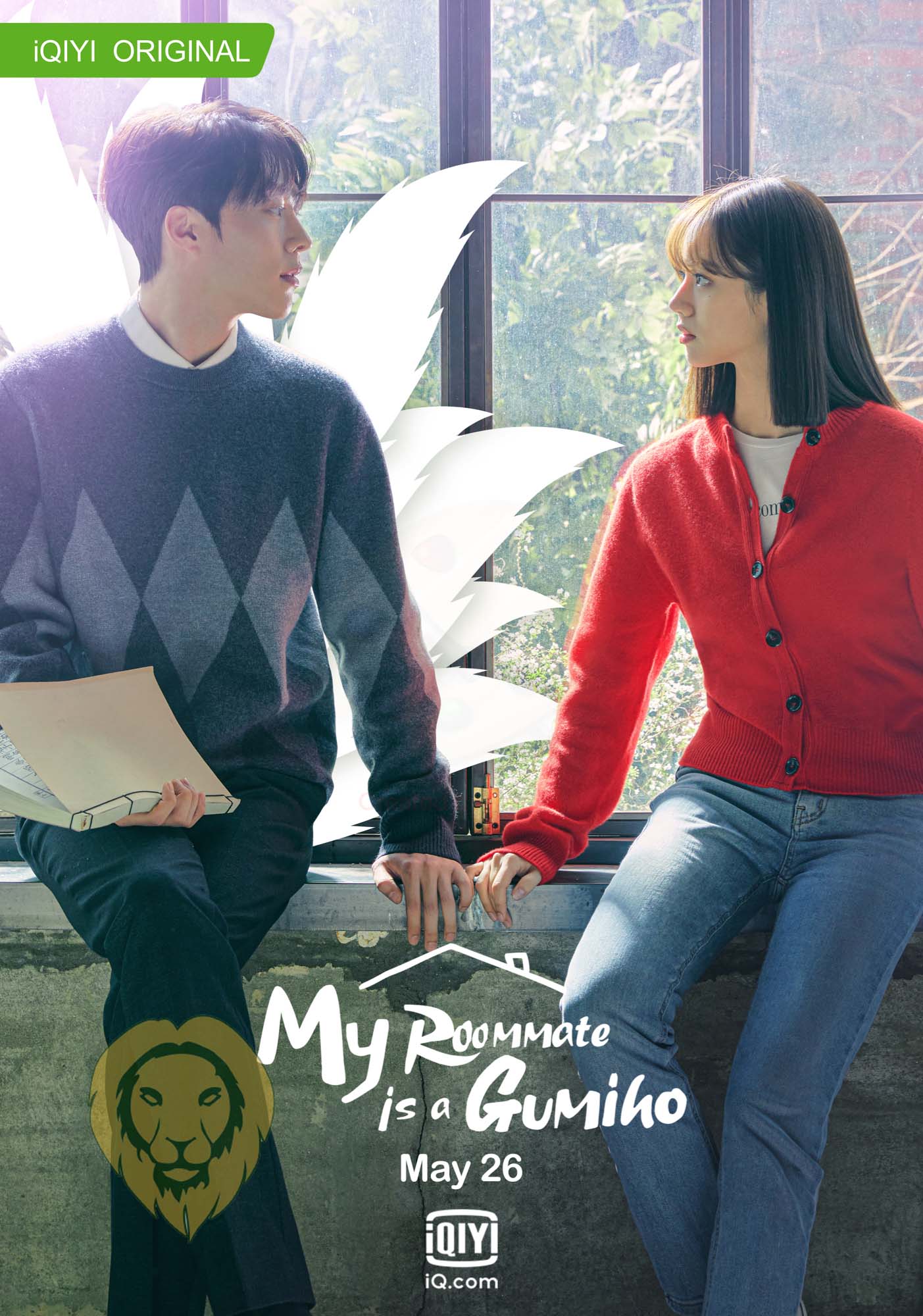 My Roommate Is a Gumiho, an original K-drama series adapted from the 9.99 score popular Korean webtoon, stars Jang Ki-yong, who debuted in IU’s music videos, and Lee Hye-ri (Reply 1988). The series tells the story about a “Gumiho” (Nine-tailed fox) Shin Woo-yeo that has lived in the human world for hundreds of years. Right before he can permanently turn into a human, his fox beads are swallowed by Lee Dam in an accident. Forced to live together for a solution, they set many rules for cohabitation to live their lives. It becomes a new romance between human and non-human.

In private, Lee Hye-ri is as straightforward as the character Lee Dam, and enjoys food as much as she wants. However, her appetite ultimately brings her troubles, even a forced marriage. Lee recently did a photoshoot with Jang Ki-yong for a magazine. With great chemistry in photos, many fans are worried that Lee’s real boyfriend Ryu Jun-yeol will be envious, and look forward to their romance in the series. After My Love from the Star years ago, this will be the most groundbreaking romantic comedy that will be known across Asia.

Start-Up alumni Kang Han Na and Kim Do Wan also star in My Roommate is a Gumiho. In the story, Yang Hye-sun (Kang Han-na) is another nine-tailed fox who has transformed into a human five years ago. This character is 200 years younger than Shin Woo-yeo, and is hurt emotionally by past experiences. While Kang often portrays aggressive and fierce career women in the past, she will need to decide whether to embrace true love. Kim Do-wan has delivered impressive performances over the past five years. His role, Do Jae-jin, is a good friend of Lee Dam, and always gets lost in love. Starting his career in web series, Bae In-hyuk plays Gye Sun-woo, a handsome and wealthy man that has a crush on Lee Dam after pretending to like her in the first place.

What’s a “Gumiho” (Nine-tailed fox): The term “Gumiho” means “Nine-tailed fox” in Korean and has long been a legendary figure in Korea. It appears in historical records in Samguk sagi and Samguk yusa during the Goryeo period (918-1392). Over the years, many television series have included this creature. Legends say that nine-tailed foxes transform into humans to seduce married men, so this character has always been played by actresses, until Lee Dong-wook in Tale of the Nine Tailed. As Jang Ki-yong interprets this creature in a comedy, it will once again overturn some stereotypes.

iQiyi International’s first original K-drama series, My Roommate Is a Gumiho, will premiere Wednesday May 26 at 21:30 / 9:30pm SGT with new episodes Wednesdays and Thursdays simulcast with Korea – the same day, the same time!