The challenge of Duterte’s mouthpiece at Vice President Leni Robredo was turned into a spectacle by netizens and personalities, Monday, May 10. 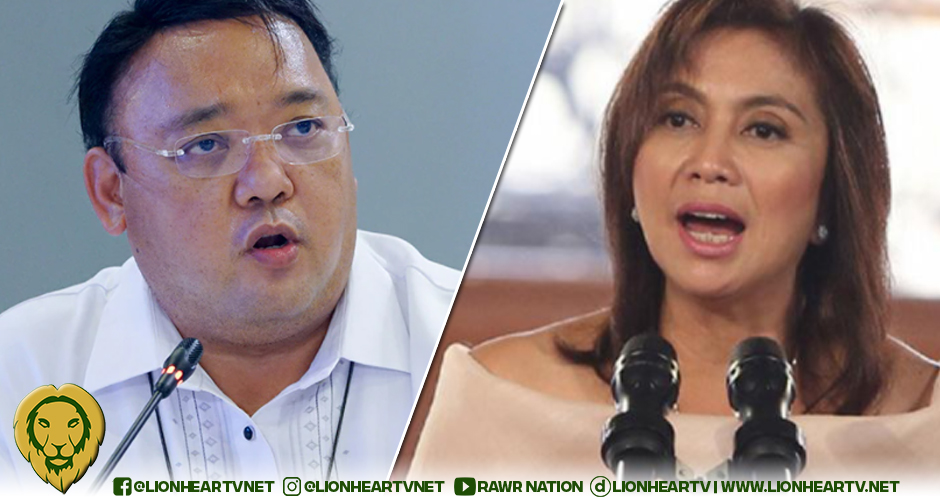 Presidential Spokesperson Harry Roque during a press briefing urged Robredo in a debate whether or not President Rodrigo Duterte had given away any Philippine territory to China under his administration.

“Ang importante po yung debate, VP,” said Roque when asked about his opinion on the remark of Robredo insisting that it should Carpio and Duterte who would have the public discourse about the issue on the West Philippine Sea (WPS).

On twitter, Roque’s challenge was mocked by Netizens and personalities.

Gutierrez pointed out that Duterte, who challenged Carpio first, backed down from the public discourse. He then suggested that the Government should follow Robredo’s lead as she continues to work as a public servant.

A Netizen agreed with Gutierrez’s statement.

She even associated the Duterte administration with drunkards who are fond of challenging anyone.

Pinoy Ako Blog expressed her amusement at how the news outlet Philippine Star threw some shade at Roque’s challenge.

In another tweet, she and a Netizen attacked Roque for his grandstanding, calling him–“bida-bida” and “pabibo.”

Another twitter personality ridiculed Roque by telling him to return to the ocean and play with dolphins, referring to the Subic controversy of the Secretary.

Aw, can Harry Roque please just crawl back to the ocean to play with dolphins. I trust reporters can recognize when a fame-seeker is using them to try to get air time.

A twitter personality also noted that Roque is not worth debating with.

Thus, the Secretary should stop “fishing for attention.”

No one thinks you are worth debating with , Harry. Stop fishing for attention.

Market surveillance analyst John Paul Tanyag considered the challenge of Roque as “all noise, all distraction.”

all noise, all distraction https://t.co/3N02E92rDe

A Netizen also lambasted the Secretary for his remark against Robredo. He said that Roque is pretending to work by challenging the second-highest official to a debate.

A twitter personality even declined the challenge on behalf of Robredo, stating that the VP is busy with her work.

Lacson even advised that Roque must stop his “damage control” and “fight another battle.”

Earlier, Roque was the butt of all jokes after he stated that Duterte assigned him as a stand-in for the President in the debate with Carpio.

Netizens urged talent manager and actor Ogie Diaz to be the magistrate’s proxy instead, even calling that the debate must be between “a joke versus a joker.”