Throwing some shade at Duterte’s clan, Manila City Mayor Francisco ‘Isko Moreno’ Domagoso declined to vote for someone who inherits the Presidency. 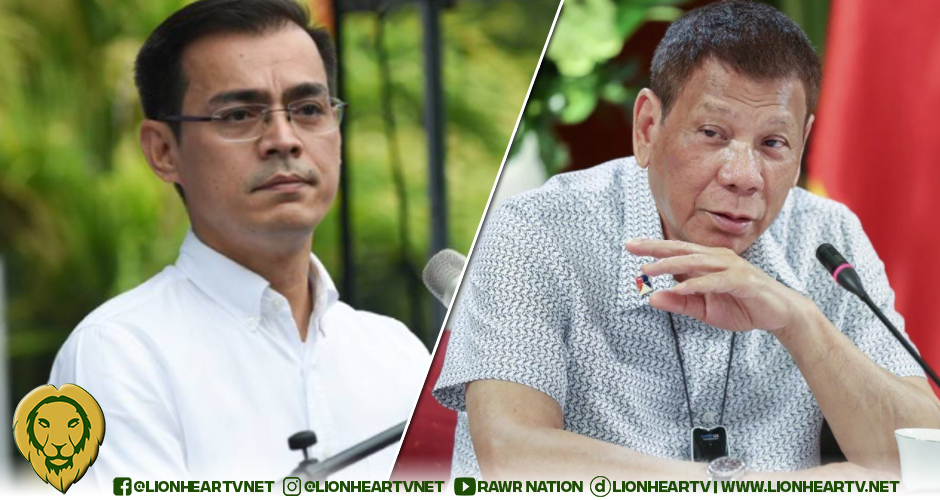 On Thursday, June 3, Duterte finally revealed his picks for the 2022 elections, with Moreno being one of them.

But with the Presidential daughter being on the list, Moreno does not seem to like the idea that another Duterte may have the highest position in the country.

“Let democracy run its natural course. That is a guarantee. I will not vote for it.”

During the election campaign in 2016, Duterte promised Federalism. This is to abolish political dynasties that long existed in Philippine politics.

The then Davao City Mayor vowed that once he is elected as President, he will institute Federalism in the national government, resulting in a non-centralization of power and the end of decades-long conflicts in Mindanao.

However, Duterte’s daughter, Sara Duterte-Carpio is now Davao City’s mayor, and his son, Sebastian ‘Baste’ Duterte is the vice mayor of the city. His other son, Paolo Duterte is the House Deputy Speaker and the representative for Davao’s 1st district.

With Duterte’s children currently holding public offices in Davao, it is clear that he, too, has a political dynasty.

Moreno is on point with his statement that democracy must run its course in the upcoming elections.

Just like what Pasig City Mayor Vico Sotto stressed after becoming the city mayor in 2019.

“Hindi lang isang pamilya ang magaling… Let’s find the next generation of leaders who will be better than the leaders that we already had.”

Sotto ended the Eusebio dynasty in Pasig, breaking the 27-year reign of the political clan.