Filipino veteran actor Jaime Fabregas challenged President Rodrigo Duterte to release a copy of his Statement of Assets, Liabilities and Net Worth (SALN). 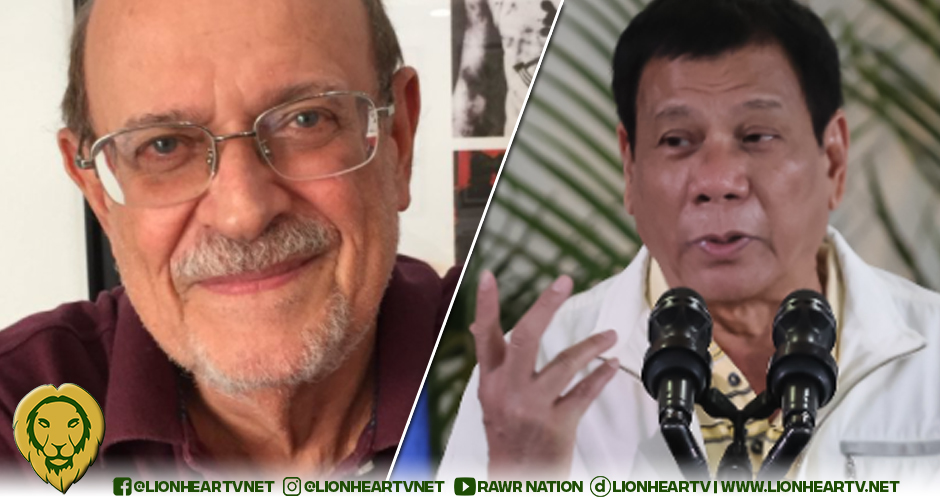 On July 19, the FPJ’s Ang Probinsyano star remarked that Duterte might be hiding something from the public for refusing to release his SALNs.

Duterte’s SALNs has remained a secret since 2018 despite the countless request from the public.

SALN are annual documents required to be filed by every public official and employee, whether regular or under temporary status. It is a declaration of assets (i.e., land, vehicles, etc) and liabilities (i.e., loans, debts, etc), including business and financial interests, of an official/employee, of his or her spouse, and of his or her unmarried children under 18 years old still living in their parents’ households.

Government officials traditionally prove their transparency and accountability by sharing their SALNs with the public.

After refusing to release his SALNs for years, Duterte has been constantly attacked by criticisms and doubts from many citizens.

On July 7, Duterte announced that he is seriously thinking about running for Vice President in the 2022 elections.

“It’s not at all a bad idea and if there is a space for me there, maybe,” said the 76-year-old President.

He stated, “But if there’s no space for me, everybody is crowding up wanting to be one, vice president, let them be at this time because I’m finished.”