Peterson made another desperate attempt to completely erase Tupe (Gerald Anderson) from Rita (Yam Concepcion) and Andrew’s life as he ordered to have his rival killed in the hit series “Init sa Magdamag,” which airs nightly at 9:20 on TV5, A2Z, Kapamilya Channel, and Jeepney TV. 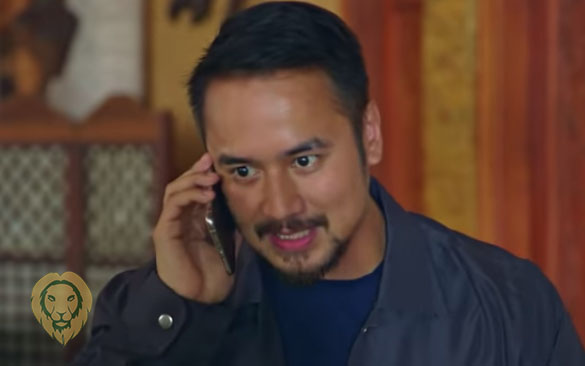 He ordered Joko (Manuel Chua) to hunt down Tupe because he could not bear the thought that Rita and her old love are getting closer to each other, especially after the two discovered that Peterson spied on them in Raymund’s (Albie Casino) house.

But Joko’s conscience has been bothering him and planned to reveal to Tupe the truth that Peterson was the reason why his dad was killed. Lab (Boom Labrusca) forbid him because he knew of the danger that they faced if they refuse the task.

Meanwhile, Peterson and Rita continue to war in court. Rita was enraged as Peterson filed a petition to have the sole custody of their baby, with the illusion that he could still get Rita back.

Will Joko be able to do as Peterson ordered? Will Tupe and Hannah ever find out that Peterson was behind his father’s death? Can Peterson win the sole custody of baby Andrew?

Catch the final blow of “Init sa Magdamag” nightly at 9:20 on TV5, A2Z, Kapamilya Channel, Jeepney TV and Kapamilya Online Live via the YouTube channel and Facebook page of ABS-CBN Entertainment. Outside the country, it is available on The Filipino Channel while advance episodes can be accessed on iWantTFC and WeTV iflix.