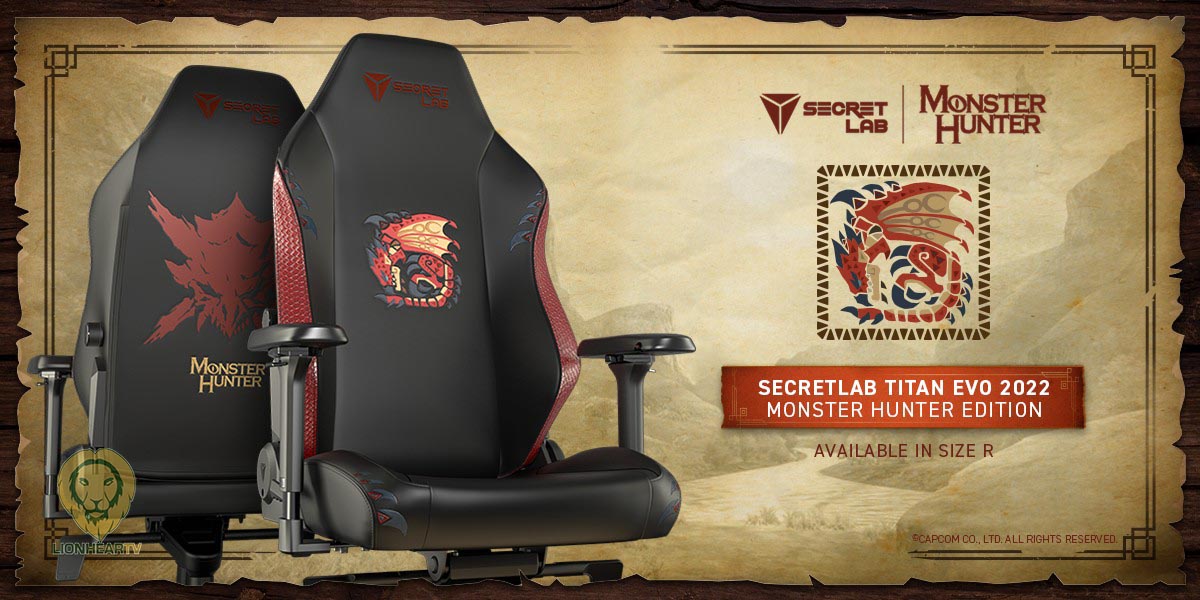 Available in the all-new Secretlab 2022 Series, the Secretlab Monster Hunter Edition features the signature iconography of Rathalos embroidered on its backrest. Inspired by the Rathalos armor set, the side wings feature a unique and intricate texture that evokes Rathalos’ scales, made possible by the use of a custom leatherette selected by Secretlab material engineers.

A leader in the gaming industry, Capcom has charted the industry’s shift from arcade machines to video game consoles and PC, and has developed multiple all-time classics from the Street Fighter™ series to Resident Evil™ and more. With the 2018 release of Monster Hunter: World™, currently the best-selling title in Capcom’s history, the franchise has been propelled to massive worldwide success. Over the years, Monster Hunter has inspired multiple spin-off video games, an anime series, a manga, and a blockbuster film starring Milla Jovovich, a testament to the franchise’s global popularity.

With the recent releases of Monster Hunter Rise™ and Monster Hunter Stories™ 2: Wings of Ruin, the award-winning and top-selling Monster Hunter series continues to reach new heights and challenge players of all levels. The ergonomic upgrades of the Secretlab 2022 Series will give even the most seasoned hunters a leg up in the toughest expeditions, while allowing them to complete their Rathalos armor set with the official chair. 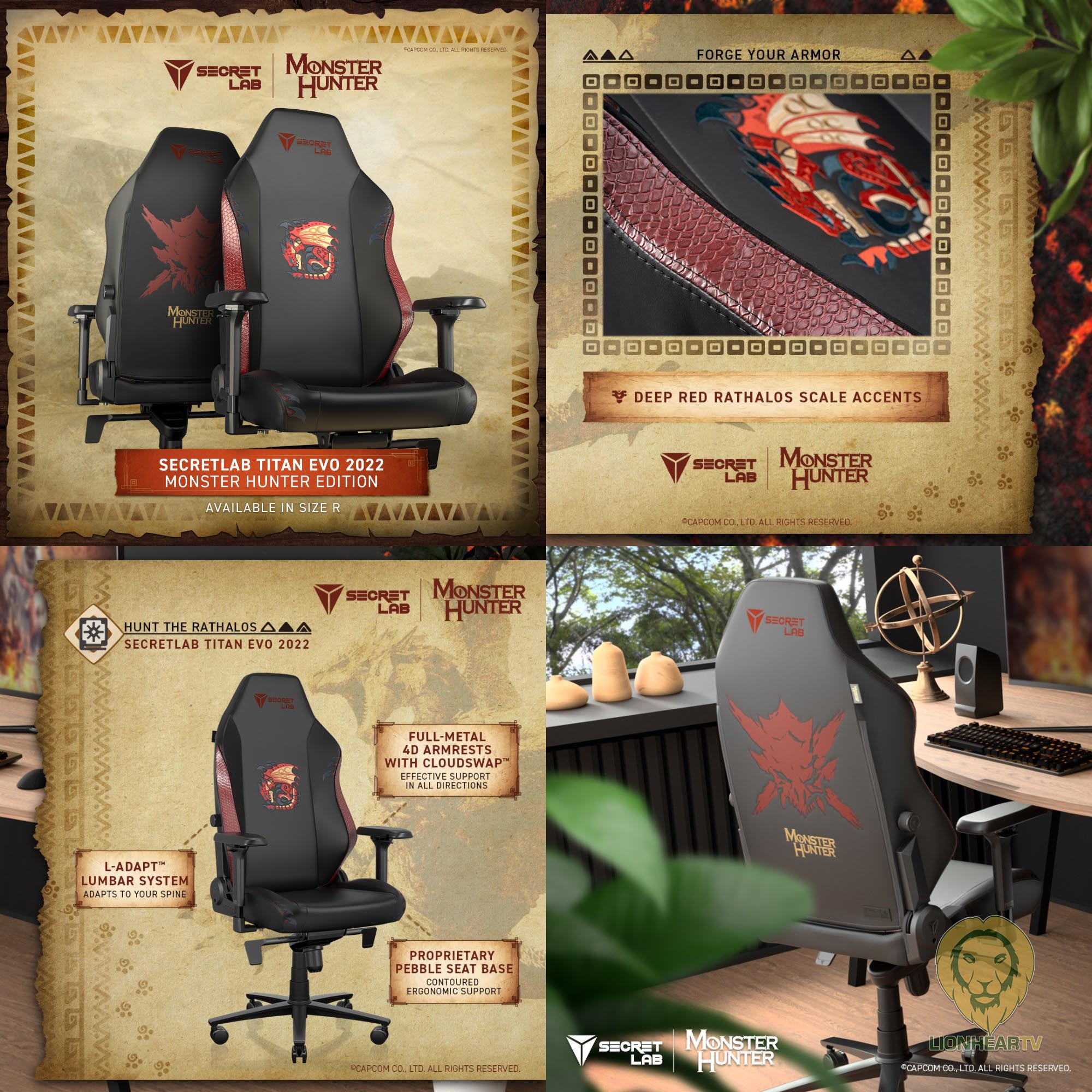 Open now for limited pre-order — be among the first in the world to own the first-ever Secretlab Monster Hunter Edition chair and gear up for the release of Monster Hunter Rise on PC in early 2022.

“The Secretlab Monster Hunter Edition is not just profoundly inspired by its core gameplay mechanic — crafting weapons and armor from slain monsters, it also celebrates the true-hearted players who’ve travelled massive lands to uncover and take on larger-than-life monsters in a variety of vast, living, breathing ecosystems. And at the core of the series, Rathalos reigns supreme. Now fans will be able to honor its legacy with materials befitting the emblematic King of the Skies.”