With the love and support of fans and the blogging community, ABS-CBN brought home the most number of awards in LionhearTV’s RAWR Awards 2021 with 11 trophies for its shows and stars. 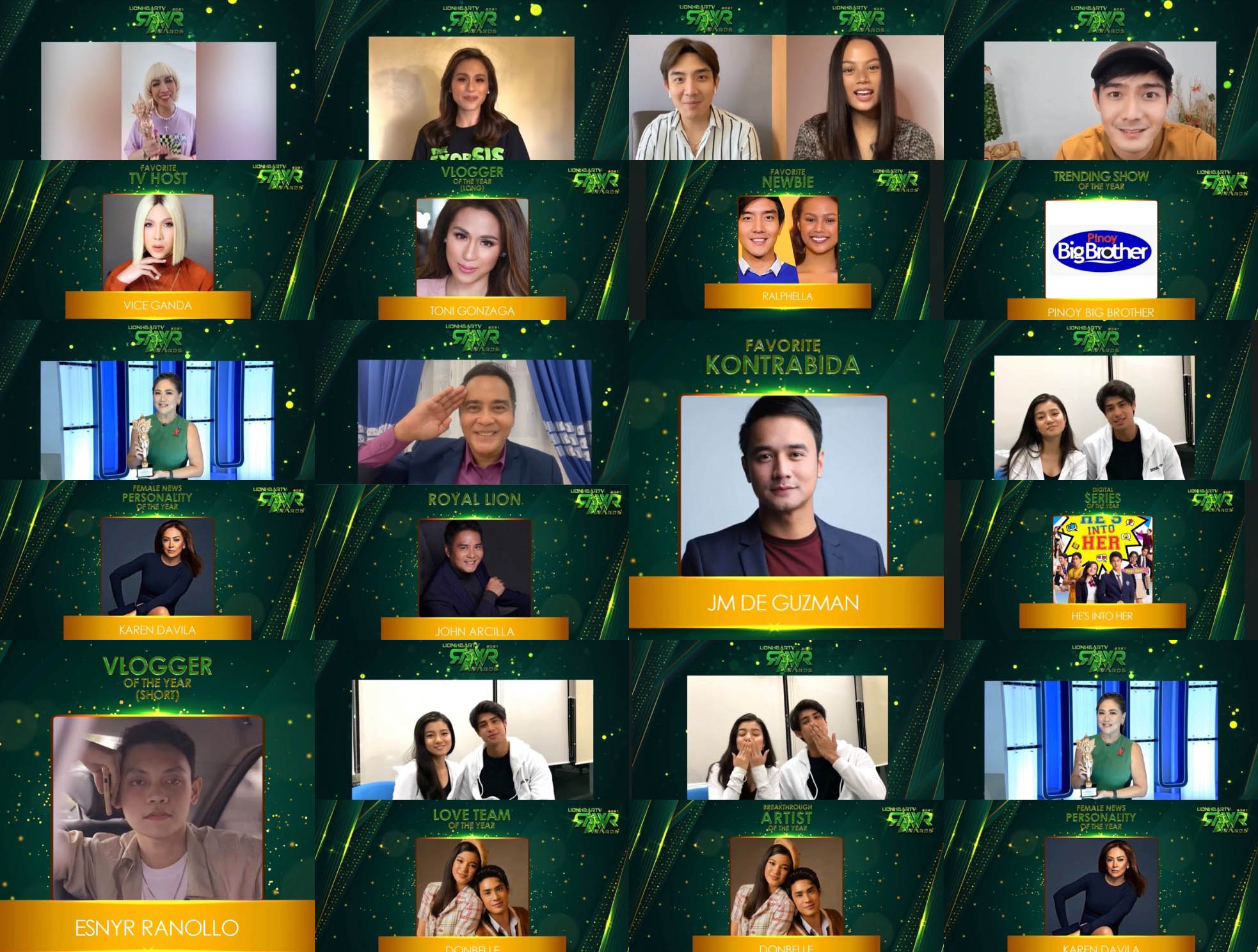 “Pinoy Big Brother,” which has launched two seasons already during the pandemic, was voted Trending Show of the Year, while iWantTFC original series “He’s Into Her” won Digital Series of the Year.

Donny Pangilinan and Belle Mariano or “DonBelle,” the lead stars of “He’s Into Her” and the movie “Love is Color Blind,” also received Breakthrough Artist of the Year and Loveteam of the Year.

Vice Ganda’s winning streak continues at the RAWR Awards as the winner of Favorite TV Host of the Year.

Meanwhile, “FPJ’s Ang Probinsyano” mainstay John Arcilla took home the Royal Lion, one of the major awards of the night, for his body of work and for bringing honor to the country as Best Actor in the prestigious Venice International Film Festival.

LionhearTV, one of the country’s leading entertainment sites, is now on its seventh year of recognizing the best and brightest in the Philippine entertainment industry through the RAWR Awards. Winners were based on the combined total votes from fans and members of the entertainment press and PR personalities. This year’s awarding, which was streamed last night (December 16) on LionhearTV’s Facebook and YouTube accounts, was hosted by Star Magic artist Turs Daza.