Zoe Broadcasting Network Inc.’s A2Z launched its additional digital relay TV stations in Cebu and Davao, as part of its national rollout, which sees to expand the network’s coverage in key urban centers in the country. 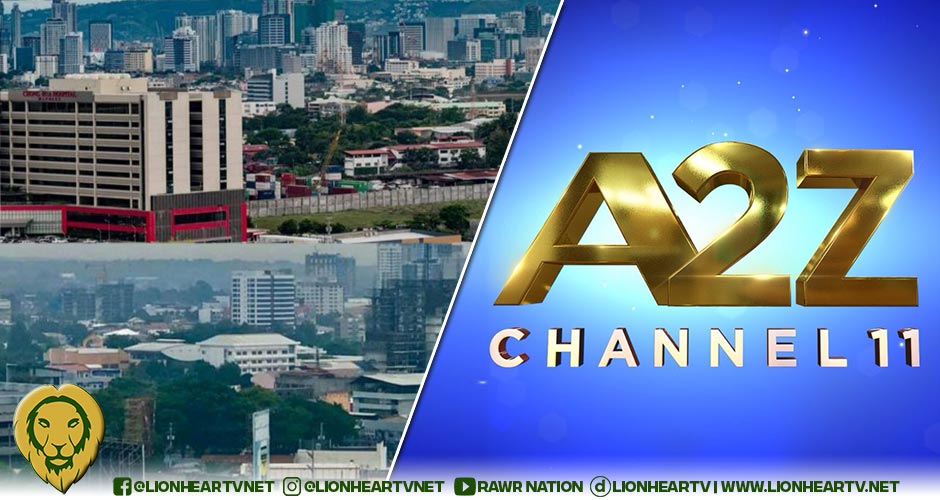 Viewers from two of the biggest Southern Philippine cities, Cebu and Davao, can now catch up with their Kapamilya programs for free, as A2Z Channel 11 became finally available in their location. The launch came a few weeks after the channel became available in Cagayan de Oro City.

In the Visayas–the Villanueva-owned TV channel is now accessible on free TV in Iloilo, Tacloban, Cebu, and adjacent provinces.

In Davao, A2Z Davao 9also Channel 20) operates from Matina, Davao City. Kapamilyas from Davao City, the province of Davao del Sur, and Samal Island can now clearly watch A2Z with their digital TV boxes, while those in Davao del Norte and North Cotobato should get a decent reception.

ABS-CBN Corporation has reportedly allowed Zoe Broadcasting Network to use its transmitters in Benguet, Iloilo, Cebu, Cagayan de Oro, and other locations to carry out the channel’s ongoing digital rollout. This is part of the provisional authority granted by the National Telecommunications Commission to Zoe to carry out their digital terrestrial TV operations until 2023, the year the commission’s deadline for the country’s TV industry’s complete digital migration.

After Cebu and Davao, A2Z will be available in more areas in the country, including Benguet, Zamboanga, Bacolod, and General Santos.

Kapamilyas from the networks’ former bailiwicks no longer have to subscribe to pay television or go online, to follow Cardo Dalisay’s adventures or the intensifying confrontations in The Broken Marriage Vow.

TV Patrol, whose local versions in these areas went off-the-air in 2020, can now again watch the latest news and information via A2Z. The 35-year newscast returned to free television on January 1, this year.