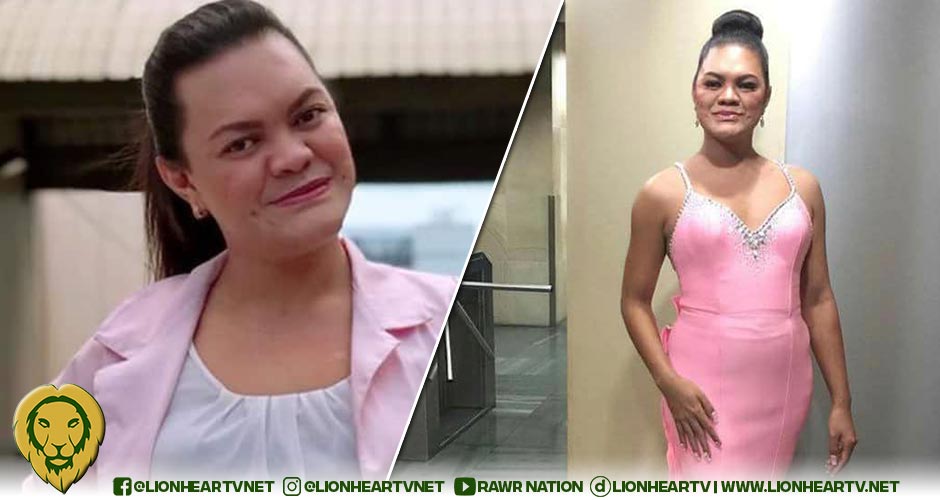 The beauty pageant, specifically for transgender people, was the country’s first of its kind. The competition will choose the next representative to compete in the Miss International to be held in Pattaya, Thailand.

In a now-deleted Facebook post, she predicted that Anne Patricia Lorenzo, who is wearing a red gown, would emerge victoriously in the pageant. Segovia even said “pula ang mananalo at mangingibabaw.”

However, it turned out that Fuschia Ann Ravena became the victor, with Lorenzo placing first runner-up.

A Twitter personality roasted her by tweeting, “Juliana left the group” after receipts of her deleting her previous post went viral.

A Vice President and presidential aspirant Leni Robredo supporter could also not help but laugh at Segovia.

Netizens also joined in ridiculing the comedian. One even said that her failures had started ever since she became a presidential candidate Ferdinand “Bongbong” Marcos Jr.

Meanwhile, a Twitter personality named RJ T. Vargas pointed out that Segovia manifested “out of malice” which resulted in her candidate not winning.

if juliana's aim to post that was out of pure support to her manok then she should have kept up the post. lol. that "not a political content" really bit you in the ass, no? https://t.co/jaHYYtMzuT

Some were also manifesting that the same will happen in the upcoming elections on May 9.

MANIFESTING THIS ON MAY 9 PLS HAHAHAHA https://t.co/eq7Ur8Kyvv

Segovia also received criticism for playing the victim card after starring in satirical videos against Robredo. The “Len-len” series was produced by controversial filmmaker and Marcos supporter Darryl Yap.

Ravena bested 26 other transgender contestants for the crown and will be representing the Philippines in the upcoming Miss International on June 25.