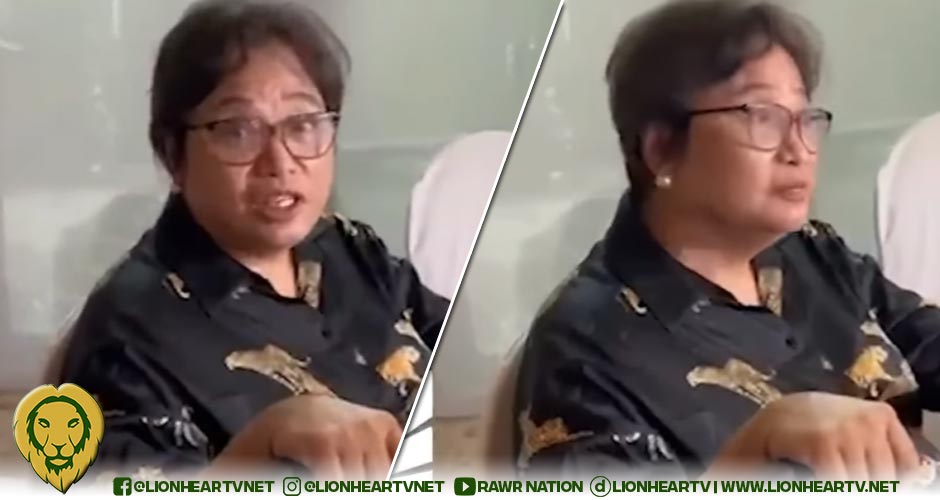 In her latest facebook post on Sunday, May 15, Guanzon quipped at SMNI when one of its reporters tried to do an ambush interview with her.

In the post, Guanzon shared the video of an SMNI reporter trying to get comments from her.

But before the reporter got to ask a question, Guanzon asked first where he’s affiliated. When the reporter introduced himself as an SMNI correspondent, the former commissioner snubbed him and turned a poker face.

In the caption Guanzon satirically said, “What a lovely interview, Thanks SMNI (heart emoji).”

She also commented on the post and said the interview was sponsored by “Coke Zero.”

“Coke Zero” was Guanzon’s popular phrase during the campaign period, and it alluded to presidential candidate Ferdinand Marcos Jr.

SMNI was recently named–“Most Crededible and Reliable News Source of the Year” at the Viral Awards 2022. The Network, however, received criticisms and bashing for its obvious biases toward the government and against its critics.

Its credibility was questioned several times for publicly favoring the government and its supporters while painting the opposition and critics of the Duterte administration in a bad light.

During its presidential debate, one of its news reporters, who happened ro be a self-confessed Marcos Jr. fanatic, sat as one of its panelists.

SMNI is owned and managed by the FBI most-wanted and fugitive Pastor Apollo Quiboloy.