On May 15, Iza Calzado exhibited sportsmanship as she courteously accepted the Halalan 2022 results and wished for the best for the new administration. 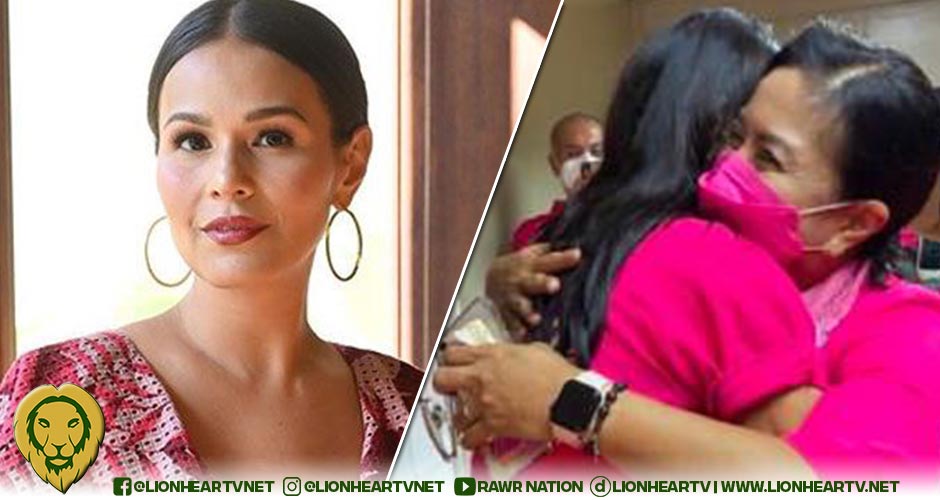 The actress expressed this message via an Instagram post where she attached her pictures during the Leni-Kiko rally.

Calzado shared that her biggest takeaway from the recent election was to accept loss with dignity, grace, and a hopeful heart.

“To accept defeat with dignity and grace and a heart filled with hope is what this election season has taught me.”

She then expressed her respect for her bets that professionally handled their defeat.

“I have the utmost respect for the leaders I voted for after seeing them handle their loss.”

Calzado now gives her trust to the newly-elected officials and wishes that the new administration will rightfully perform their duties and responsibilities for the country.

“I now put my faith in the current elected administration and, with a hopeful heart, I pray for them as they do their duty to lead our country.”

She also thanked her fellow Kakampinks that stood with Vice President Leni Robredo and Kiko Pangilinan during the campaign period.

“To everyone I met along the way during the campaign, thank you. It was so inspiring to see this awakening of the Filipino spirit. I will treasure it forever.”

For now, she believes that Filipinos must unite as one towards peace, progress, and prosperity.

“Now, we must stand strong, united for the Motherland. We must push for progress, peace, and prosperity as ONE. Love and Light, Pilipinas. Mabuhay! 🤍🇵🇭🙏🏽✨”

In the partial and unofficial count of COMELEC, the Bongbong Marcos and Sara Duterte tandem leads the Presidential and Vice Presidential race, followed by the Leni-Kiko duo.