Paul Soriano denied the allegations of him being offered a government position in presumptive president Ferdinand Marcos Jr.’s incoming administration. 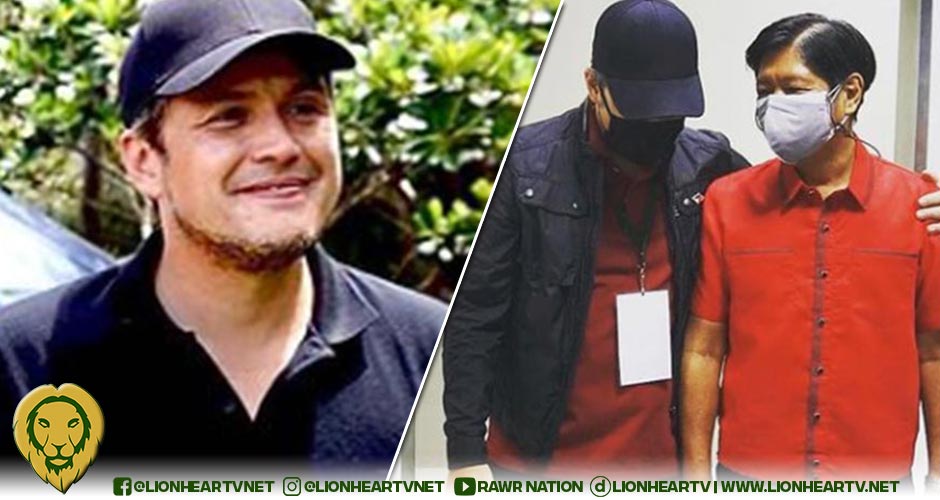 On May 20, Soriano admitted that he had not been offered any government executive position.

“I’ve not been offered anything. I am back at my job, producing films and commercials. Currently, we’re preparing for the straight airing on Netflix this July of the comedy-drama, The Untitled with Alex Gonzaga,” he said.

Soriano also denied the rumors of him being appointed to the Department of Tourism and part of Marcos’ presidential communications team.

“No such thing,” he stated.

Soriano shared that he can still be of service to Marcos in a different role, saying he is open to directing Marcos’ first State of the Nation address.

“If there’s a need for me to help, I will be there in whatever capacity. I’ve been supporting him from the start, and I will continue to do that. He can count on us.”

Soriano also revealed that his wife, Toni Gonzaga, is also willing to serve Marcos if needed.

“She’s also willing to be of service to the President if she’s needed, “he shared.

Soriano has a huge contribution to Marcos winning the presidential race. The former was behind the latter’s creative advertisements.