After topping the Domestic Stage last May 11th – 12th, Team 1Trick, which is composed of Thirdy Gamers, Chester, Chelsea Reyes, King Jasro and Yuka Kuroyanagi, will be now representing the Philippines in the Southeast Asia Group Stage of the Mobile Legends: Bang Bang (MLBB) All Star Showdown 2022 starting May 21st for a chance to compete in the Southeast Asia Grand Final on May 23rd. 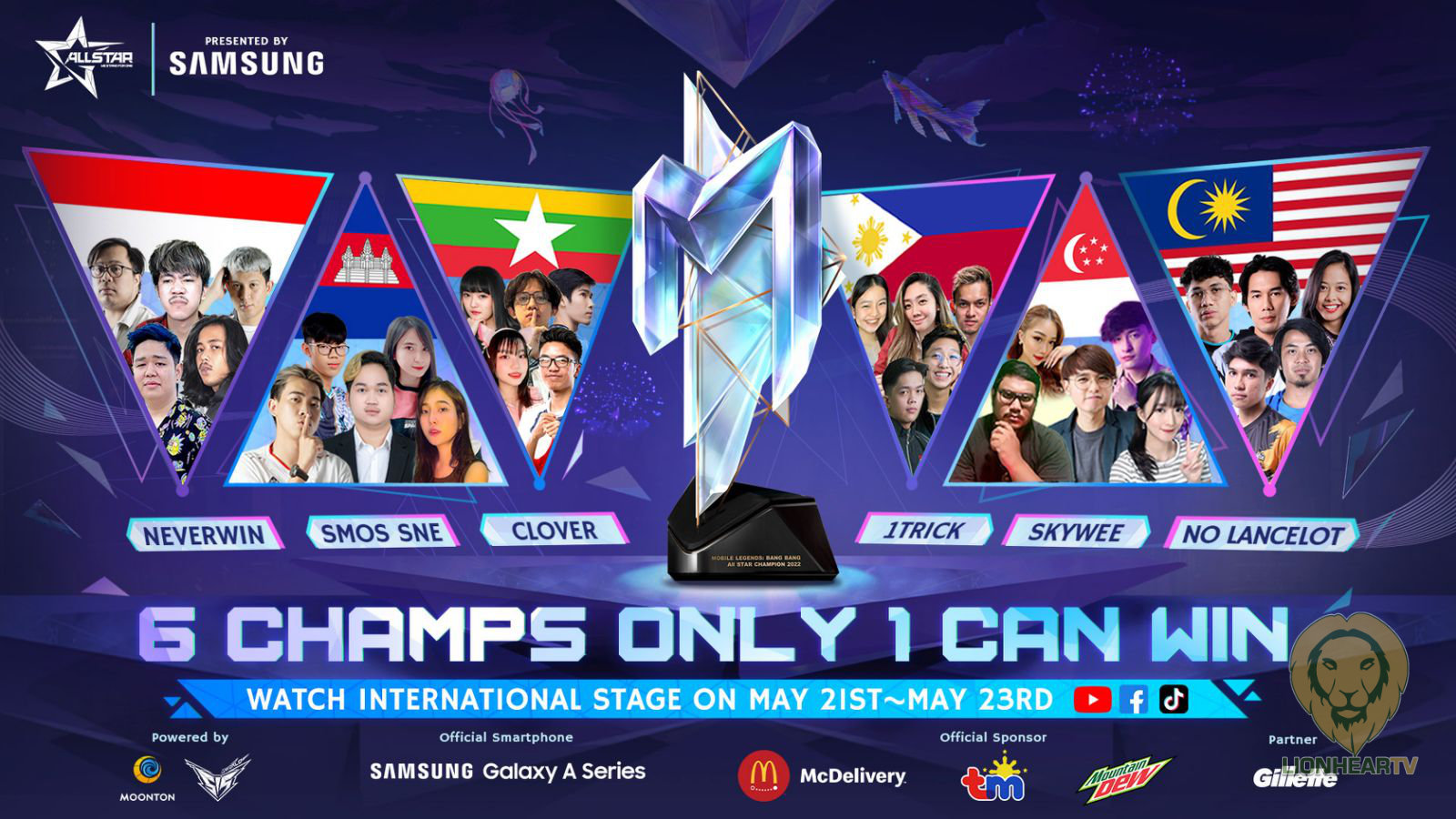 Four teams, namely Hold Up, I-I-Idolo, 1Trick and Yudipunggol were voted by fans to play in the All Star Showdown Domestic Stage

For the domestic leg of the MLBB All Star Showdown 2022, four teams were divided into two groups. Each team played against one another in three games within their respective groups with the winners advancing to the upper bracket and the losers moving to the lower bracket; the top team that emerged from each bracket competed in the domestic leg’s final round, which 1Trick ruled to earn a ticket to the International Stage as the Philippines’ representative.

Expect exciting games and bountiful prizes as MLBB mounts The All Star Showdown 2022. It will be three days of intense action as the International Stage takes place on May 21st – 23rd with daily matches starting at 4 PM (Philippine time). The tournament series will see some of the Philippines’ best and most popular streamers battle top gamers from other countries.

Part of the 515 M-World event, the All Star Showdown 2022 marks the first time that an MLBB Philippine All Star squad will play against other All Star teams from five other Southeast Asian countries, namely Cambodia, Indonesia, Malaysia, Myanmar, and Singapore. Popular actress Sue Ramirez will serve as the star manager of the Philippine team in the MLBB All Star Showdown.

For the international stage, the six national teams will be divided into two groups, Group A and Group B. The teams in the two groups will play a round robin-style. The top two teams to emerge from each group will enter the semifinals. The teams will then compete against each other in a best-of-three game.

The semifinal winners will battle each other in the Southeast Asia Grand Finals on May 23, where the teams will play a best-of-three game to determine the champion of the MLBB All Star Showdown 2022.